Since I figured you wouldn't want to see more pictures of the same three things I've been knitting over and over and over again for the past four months, I thought I'd share a few photos of Halloween Past.  I only have a few photos here at my mother-in-law's house that I've stumbled across stuffed in strange places.  Why was one of these in with my maternity pantyhose?  And more importantly, why do I still have maternity pantyhose and even more importantly, why did I feel the need to bring them to this house?? 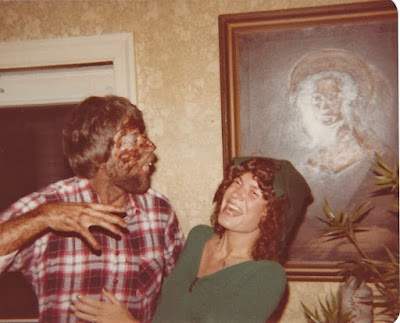 In 1982 I was the Jolly Green Giant and my boyfriend was some kind of monster.  I'm not sure which is scarier - the boyfriend, the weird reflection on the portrait in the background or that wallpaper. 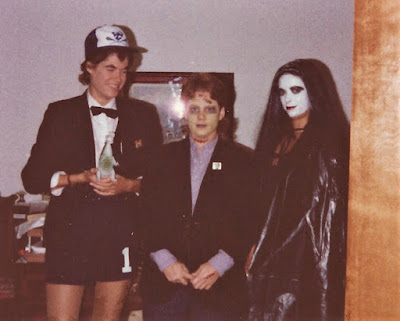 In 1983 a few of us from the office dressed up as the Munsters.  The funny part was that giant, tall me was Little Eddie while tiny, petite Liza was Herman.  Good times! 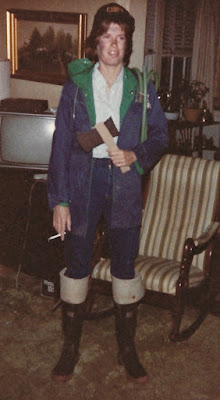 As you can see, I have always leaned towards super simple, cheap costumes.

I won't be dressing up this year, but I can't wait to see Hayden in her costume.  I hear she's going to be a ladybug.

What about you?  Will you be dressing up?