What a crazy few days it has been! 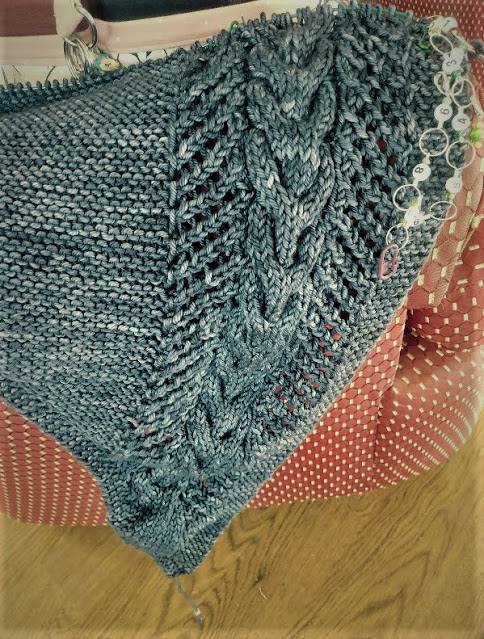 I haven't made anywhere near as much progress on Anisah as I'd like.  Things have been tense around here and I just haven't had as much time to knit as I'd like.  And honestly, when I do have time to knit, I find myself stress eating chocolate covered almonds instead of knitting.

To begin with, the MIL is requiring more and more care and we can no longer leave her alone for a single minute.  It's exhausting!  But I'm not supposed to mention her here so that's all I'm going to say. 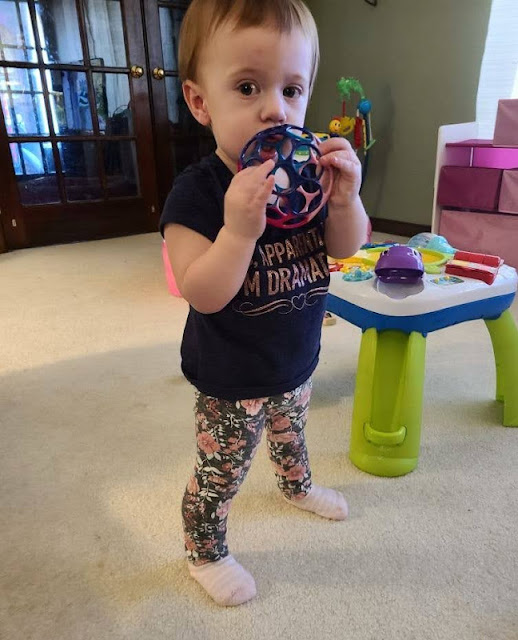 Despite the craziness here in this house, I did get to spend a full day with Hayden at her house the other day.  But the reason for that visit is upsetting.  Hayden's parents were hit by a drunk driver the other night.  They had to go to the hospital but luckily they were treated and released.  Hayden's mom has a back injury and won't be able to pick Hayden up for a while so I went over to help out.

Thankfully, Hayden was not in the car at the time of the accident.  Nor was their dog who'd been neutered that morning. Can you imagine the fiasco if the poor, drugged up dog had been with them?  Not to mention Hayden's parents probably would have ended up being arrested for assaulting the drunk guy if she had been in the car.  Luckily, a police officer witnessed the accident and they didn't even have to dial 911.  And of course, the drunk guy was a non-English speaking non-citizen without the proper paperwork. And he was so drunk the investigating officer thinks he was passed out when he hit them.  Nice.

Needless to say, I've been stress eating rather than knitting.  But I have been knitting some and I've knit enough rows that I've had to add a ten's place marker to my chain row counter.  I'm weirdly excited by that.

And now I'm off to eat plain chocolate chips because I'm out of chocolate covered almonds and there's no other chocolate in the house.