All kinds of happiness

This weekend brought all kinds of happiness. 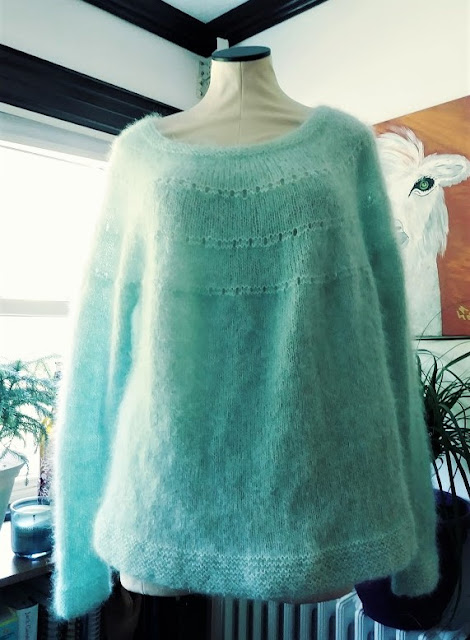 I finished the Timeless Pullover and I'm so pleased with it.  Labor Day was not the day to try it on though.  I need to sober up just a bit and get out of the sun first.  It's definitely going to be a warm sweater.

Timeless was knit with two strands of Aloft from Knit Picks held together.  As much as I complained about how long it took me to knit it, the sweater was actually a pretty quick knit.  At least, considering I made the biggest size, it was quick.  I really loved the pattern and plan to knit it again, probably in a worsted weight next time.  And, I had lots of the mohair left over and have plans to combine it with some other left over yarn to make a scarf. 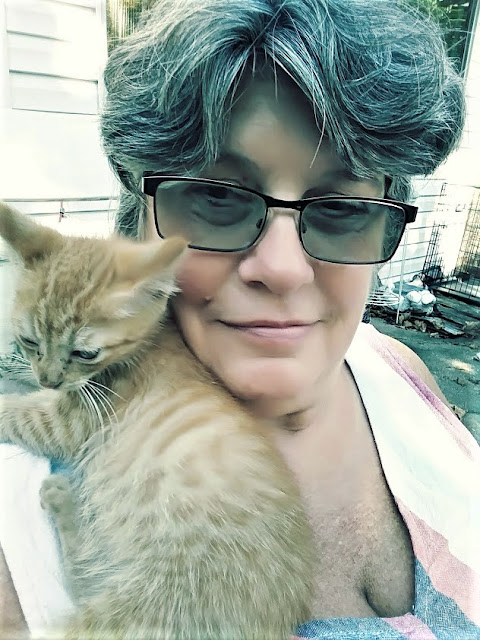 Okay, I don't know what's going on there with my chest or my under-eye area.  I don't have bags like that and my chest, while slightly crispy, is not splotchy like that.  Maybe it was shadows from the tree we were under.  I don't know.  Weird!

As soon as I finished Timeless, I cast on something smaller but Hotdawg made knitting a little difficult.  Yes, we named the cat Hotdawg.  Sarah happened to be eating a hotdog when she met him and it turns out, hotdogs are the only thing we tried to feed him that he didn't like.  And yes, we did go buy kitten food for him later that afternoon.

We never could find a taker for him so we turned him over to Animal Control yesterday evening.  It was a sad moment but he is SO sweet and SO friendly he won't have any trouble finding a forever home.  And yes, our Animal Control people seem to be extremely nice and caring and the animals go to a no-kill shelter.  I'm confident Hotdawg will find a good family who will love him forever. 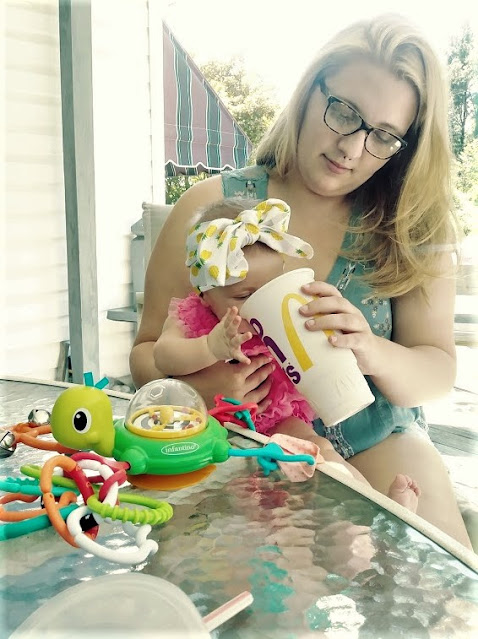 And it wouldn't have been a holiday without a visit from Hayden.  That child is growing up so fast!  She's not even six months old yet but she's already reaching out to the person she wants to be with, she's starting to crawl, she attempts to feed herself, and she likes to drink out of a cup.