Not quite That open minded

Let's getting the knitting part of this over with. 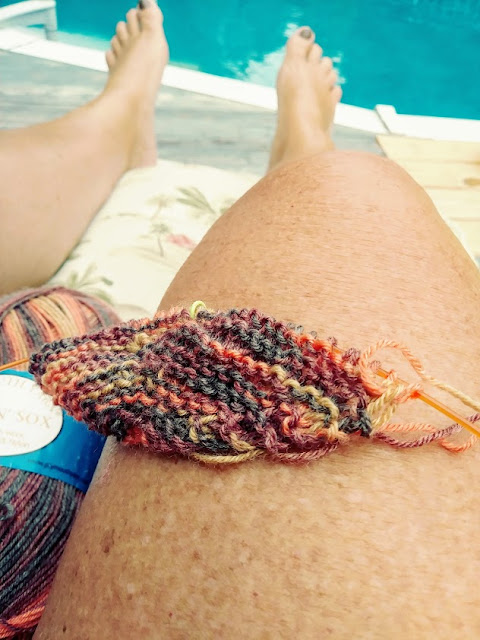 And let's also ignore the leather-like, skin cancer about to form, skin.  Yikes!

But knitting - I started yet another Reyna on Sunday.  This wasn't in the plans but I needed something that I could quickly grab and cast on in the car.  I had a bit of a drive, well, ride, in front of me.

Our ultimate goal is to end up 100% debt free and living on tidal water.  But in order to do that, we've got to build/remodel several more houses, sell them and make a little profit each time.  The idea is that eventually we won't need a loan to buy/build the final river house.

We got excited when a realtor pointed us in the direction of a house in Heathsville, Virginia.  We were going to have to have an open mind about it though. 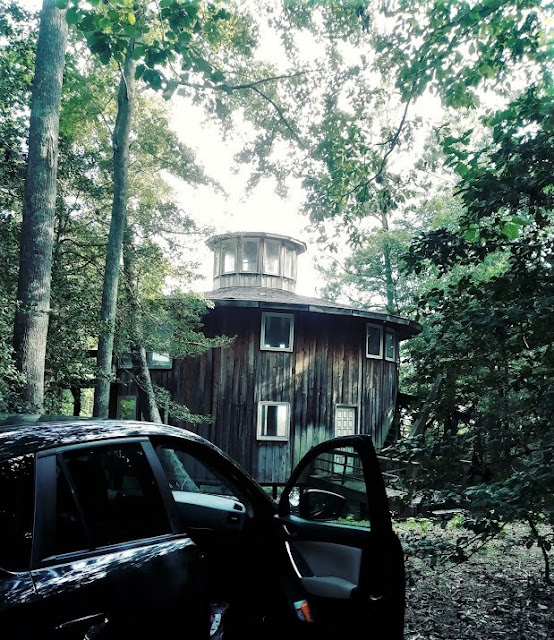 The house is round. 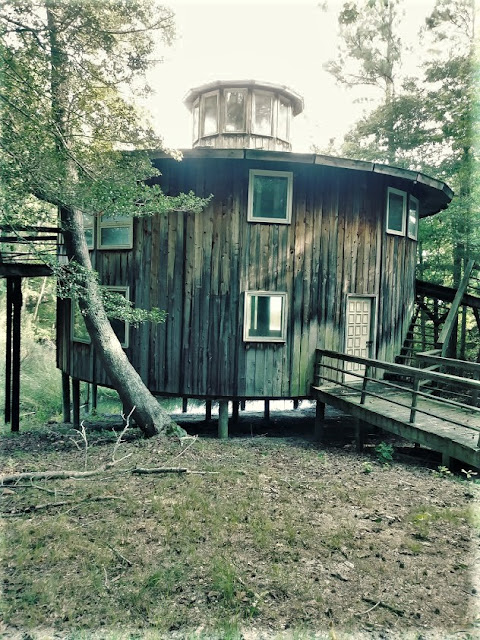 Round!  Round and ugly but on a deep water creek with direct and quick access to the Chesapeake Bay and it has a private harbor.

It met the majority of our requirements.  It's on tidal water.  The harbor is deep enough water for a boat (4 to 6 feet depending on tides.) The Bay is only about 20 minutes away by boat. It was a fixer-upper, as in, the house had been abandoned before it was ever finished being built.  It was 2,000+ square feet.  And it was in our price range.  Plus, we were all fighting over who got to claim the turret as their their own room.  We decided to be open minded about the roundness and go take a look. 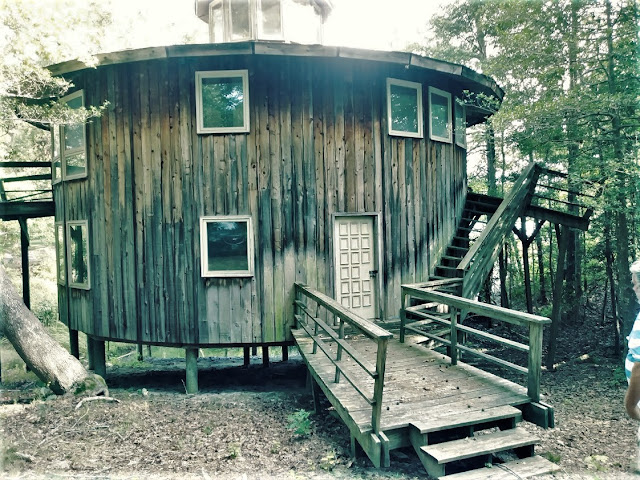 And that dirt area there beside the steps/walkway is the only parking area.  Hey - at least we wouldn't have to mow grass!

Okay, so the outside needs some work.  Both decks are falling off and I don't know how you clean cedar siding but I know it would look a lot better after it was cleaned.  The wooden steps and walkway were in good shape though.  Ugly, but sound and solid. 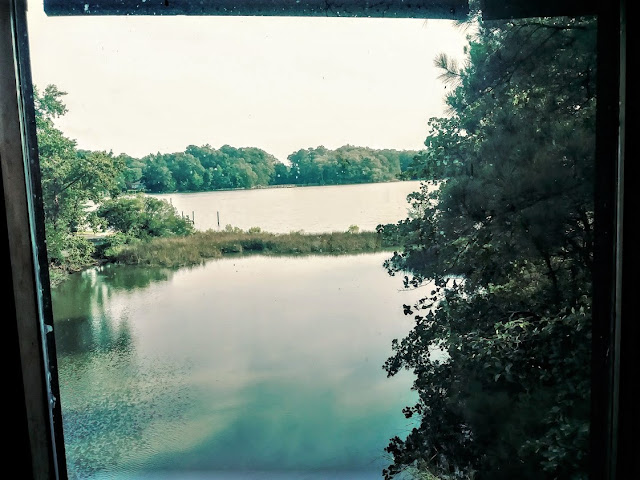 Despite the filthy windows and the cloudy sky, the view was nice.  The harbor opens up on the right just behind that tree to give you access to Cranes Creek which is really more of a river at that location.

Mike was pretty impressed with the carpentry inside, which doesn't happen often.  I'm a yarn snob, he's a carpentry snob.

The house had never been finished.  The outside was finished and the exterior walls on the inside were finished, but the interior walls separating the rooms had just been framed in and abandoned.  It was interesting construction.  All the rooms were pie shaped.  The first floor had one room about 1/3rd of the circumference of the house that was open and looked out at the water and the other 2/3rds of the level were separated into six bedrooms.  Six very, very tiny pie shaped bedrooms.  There was room for a single bed and not much more.  Each of the rooms did have a closet though.

In the center of the house was a very pretty spiral staircase.  We went up to the second floor.  The second floor was split so that half the circumference was one open room, and there was a kitchen (we knew that because it was written on the wall) and two more tiny bedrooms and one slightly larger bedroom.

So are you picturing it?  You're standing in the center of the circle, looking at either the water or surprisingly pretty wood paneling on the exterior walls with a boat load of rooms framed in, each in a pie wedge shape.

Do you notice anything missing?

There was no electrical, plumbing, or even a room framed for a bathroom.  There was also no septic system or drain field.  Who builds a house with no plumbing or electrical?

Oh, and that beautiful spiral staircase...  The stairs narrowed as it went up and the stairs going up to the turret were too narrow for Mike or I to go up them.  We literally didn't fit.  My skinny little daughter barely fit.  Her hips rubbed on each side as she tried.  And when she got to the top, up in that turret we all wanted to claim for our own...  Well, the turret was a turret, not a room.  The top of the stairs had a two foot at its widest triangular landing and that was it.

Nope, we aren't quite that open minded.  But hey - there wasn't any glitter glued to the ceiling. 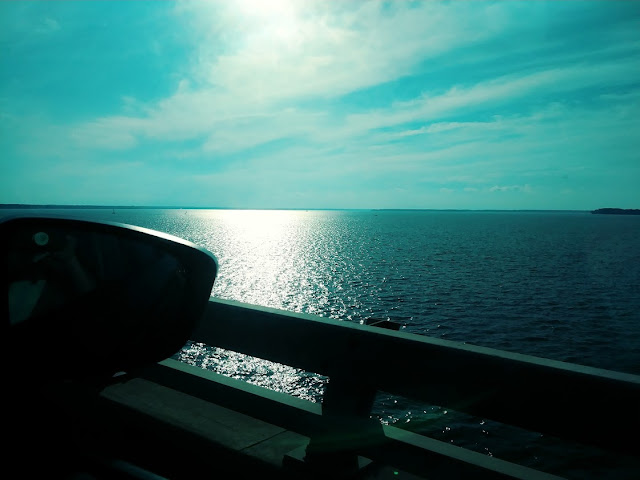 Somewhere out there on the banks of that river, there's a home or a lot just waiting for us.  We just need to be patient and keep looking.