Three on Thursday - A Month in Review

Wow!  I can't believe it's February already.  Where did January go?  What they say about time passing faster as you age must be true and I must be ancient!  It feels like January lasted all of 20 minutes.

But it's February now, and it's a Thursday, so you know what that means...

It's Three on Thursday.

And since it's the first of the month, I wanted to recap January for posterity's sake. 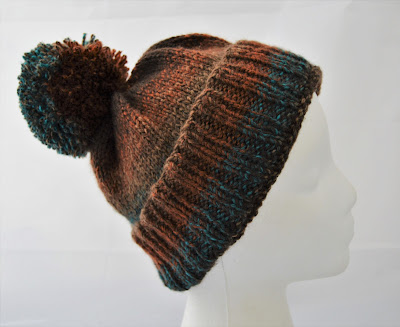 2.  Besides the hat challenge, I also signed up for Ravelry's project challenge.  My goal is to knit 60 items in 2018.  I know! I don't know what I was thinking.  But the 52 hats are included so it's not quite as bad as it sounds.   According to Ravelry, I'm at 7% complete there also.

3.  Back in December, I challenged myself to go one month without buying any yarn.  I met that goal and decided to carry the challenge into January.  Now I've decided to continue it.  I'm not going to come out and say that I won't be purchasing any yarn during the entire year because, seriously!  Who am I kidding?  Currently, so that I don't freak myself out too badly, I'm going to take it one month at a time.  And Etsy shop custom order yarn shopping doesn't count - but those purchases have to be for real Etsy custom orders, not just something someone might want at some time in the future.  Anyway....  I failed my challenge two days in January, or 6% of the time.  And while that sounds bad, I stuck to my yarn diet 29 days or 94% of the time.  Yay me!

And to take my mind off yarn shopping....


Yesterday's sunset.  Although pretty in the photo, it was SO much more glorious in real life.

Join me over at Carole's to read others' Three on Thursday lists.