I thought I'd share an end of February status update for my goal of knitting 52 hats in 2018.  But please, forgive the quality of the photos.  I accidentally spent the 'good light' part of the day filling out a new planner that's going to help me accomplish all the things instead of actually doing the things.  Things like taking photos.

Number 10 is still on the needles. 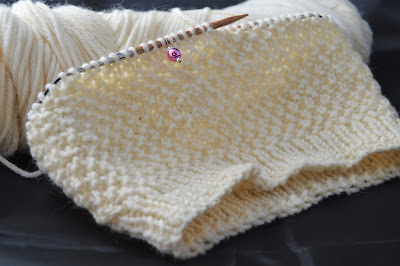 Number 10 is Beloved, a free Ravelry pattern.  It's knitting up quickly, but I think that may be because I probably should have gone down one or two needle sizes.  Size wise, it's fine but it just seems to have a little too much space between the stitches.  It's not bad enough to frog but next time.... 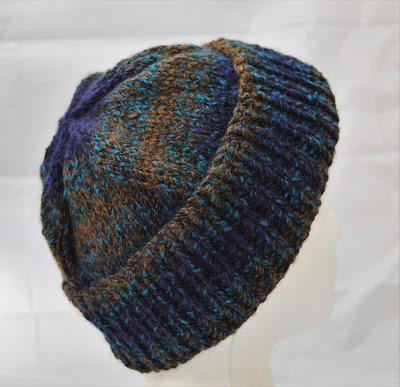 Hat #9 was knit with Barcelona in Dusk. 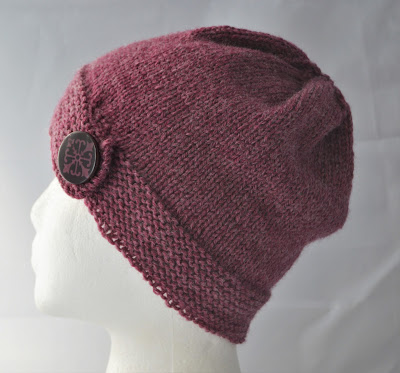 Hat #8, you've seen before.  Although I'm out of this world excited about how well the button matches the yarn on this hat, I still haven't added it to my Ravelry project page. 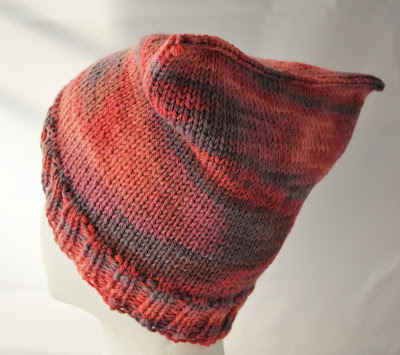 Hats six and seven are basically the same.  I used the same yarn, needles and design, but I ran out of yarn so hat is about a half inch shorter than the other. 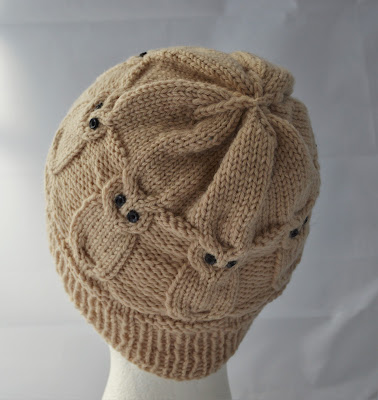 And last but not least, there's #5, the Owl Hat.  The hat that I enjoyed knitting and think is adorable but will never make again due to the buttons.  Have I mentioned how I feel about sewing on buttons?

So that's almost six hats in February for a total of almost ten so far this year.  But I'm left wondering, can I count the dog hats?  And if they count, do I count them as three hats since I made three, or just one since only one of the three fit properly?  Are there rules that say the 52 hats have to be for humans?

After voting on the dog hat dilemma, please follow me over to Maggie's Mad Hatters' Link Party to see photos of others' hats.

Oops!  I'm editing this post since it's Wednesday and I forgot to include a blurb about what I'm reading.  I've been on a true crime kick here lately and am currently reading The Briley Brothers by Dwayne Walker.  The story fascinates me because I lived through it.  The Brileys terriorized my neighborhood and raped and killed people my family knew. Their reign of terror affected our lives in so many ways.  But no matter my fascination, this book is difficult to read.  Not because of the horror of what the Brileys did, but because it's so poorly written. Even overlooking the poor, or lack of, sentence structure and subject/verb disagreements, I'm half way through the book and I bet there haven't seen five commas yet.  Forget Eats, Shoots & Leaves, just hand this book out to the kids to help them understand the importance of grammar.