Do you ever have those knitting projects that last a life time?  Like, practically an entire, actual life time?  I'm not talking UFOs that are piled up in the corner that, if you're honest with yourself, you have no intention of finishing.  I'm talking about projects that remain on your to-do list day after day, week after week, month after month, year after year.

Well, it's Three on Thursday and I realized, I have three of those life time projects on my list.  Let's review - 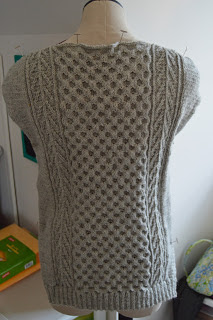 1.  First up, and youngest of the bunch, is my Honeycomb sweater.  I started knitting it on January 14, 2017.  Almost exactly one year ago.  That's really not that bad, except that it has remained on my to-do list for an entire year.  That and the fact that I've gained some weight and the sweater probably won't fit now.  (Insert pouty face here.)  I need to pull it out of my knitting bag and verify the sweater's smallness, but...  I'm thinking I'm going to cut the ribbing and arm holes off and sew it into a pillow cover.  Presto-magic!  One life time project done.

Is it bad that I almost hope the sweater is too small just so I can easily wipe if off the to-do list? 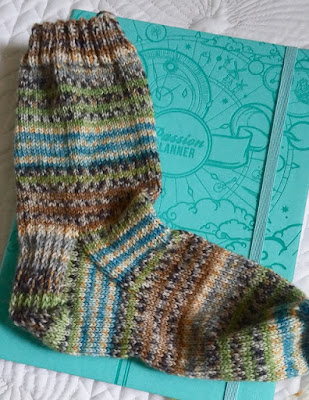 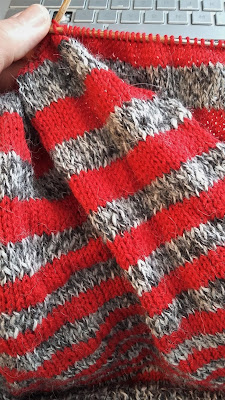 3.  And last, a striped cowl.  According to my notes, I started it on February 17, 2015.  As far as I can tell, I've never even mentioned it here on the blog.  It's knit in ever-growing stripes with left over bits of Prime Alpaca Peruvian Tweed from Woven Gems and a skein of some kind of red sock yarn.  It's such a simple knitting project and that alpaca is incredibly soft and enjoyable to knit with.  How on earth did it manage to spend two years on the bottom of my knitting bag?  Good grief!

Hopefully by January 31, 2018 (it's sad that I need to specify the year!) all three of those projects will have a big check mark in the Done column.

Join me over at Carole Knits for today's Three on Thursday link-up.
Posted by Jeannie Gray Knits at 6:30 AM