How is it possible that it's November already?  Where did October go?  I never even bought a pumpkin!

What ever.  It's November, so you know that that means.  NaBloPoMo.  Otherwise known as post every day for the next 30 days.  We'll see how it goes.  Last year, I think I made it a full three days before I skipped a day.  I'm making no promises but this year should be slightly easier because....

As of yesterday, I'm officially unemployed!  Yay!  The season is over at the theme park where I work so my time is now my own.  I love my job, we had a good year, and I'll miss the people but... Phew!  Glad it's over.

I'm super excited to have more knitting and reading time.  There hasn't been much of either lately.


I was able to knit a few rows in the car on the way home from Florida last week. 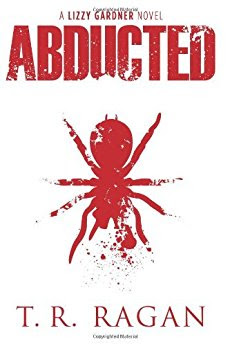 And I started Abducted by T. R. Ragan.  It was probably not the best choice for alone-in-a-slightly-sketchy-motel-on-the-side-of-I95 reading but.... I am enjoying the story.  A crazed pyscho-killer is after one of his previous victims who managed to escape his clutches.  According to my Kindle, I'm only 22% into the story, but that's far enough to give me the willies & for me to occasionally think I'm being followed.  Like I said, the book is really, really not the thing to read when you are alone in a sketchy motel room.

Well, that's enough for today.  I'll save the driving to Florida and sketchy motel stories for another day.  To hear more about what others are knitting and reading, join me over at Kat's place for #Unraveled Wednesday.


Posted by Jeannie Gray Knits at 6:30 AM