I've been putting this post off because, well honestly, I didn't want to see it in writing.  Documenting it makes it so official. So real....  And I so desperately wish it wasn't real.

As is usual in my life, Karma's response is quick and sometimes brutal.  Not three hours after my National Dog Day post went live and I publicly admitted that Max was my favorite, Max began to show signs of illness. 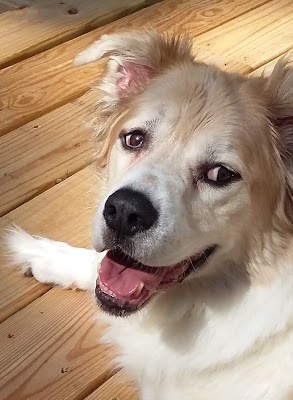 He didn't want his breakfast.  Not wanting breakfast was HUGE.  Max took meal times Very seriously.  If someone made the mistake of getting in his way, he'd knock them down to get to his food bowl.  If you were bending over too slowly to place his full bowl on the floor, he'd grab the bowl out of your hand.  Max liked to eat. 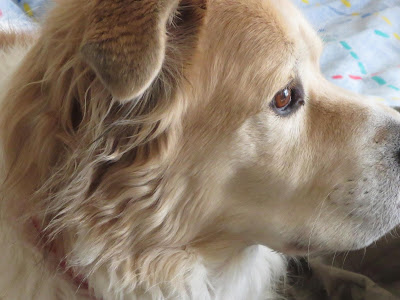 But after adding a little hot water gravy, he ate.  He ate with enthusiasm, although he did take the time to chew rather than his normal one-giant-inhalation gobble.  He seemed fairly okay so I went to work. 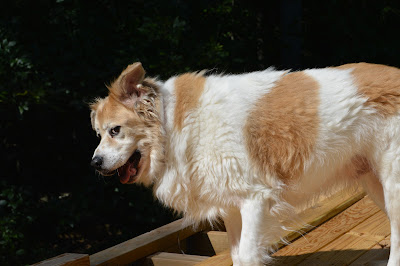 Within twenty four hours of wanting gravy on his food, three golf ball sized lumps had appeared on  his throat/neck, he'd gone totally blind and one leg wasn't working quite right. We had to carry him up and down the stairs and in and out of the house.  He was still eating though - as long as we put 'gravy' on his food and placed the bowl in front of him and he wasn't having accidents in the house. 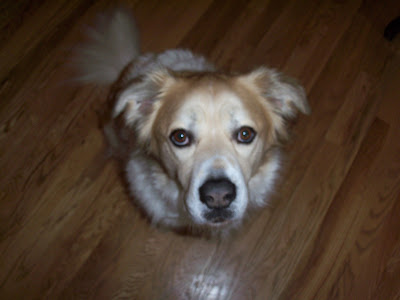 I talked to the vet and she felt that he was 'stable' and she changed his Well Check appointment he had coming up in a few days to a Quality of Life Discussion appointment.  I cried.  A lot. 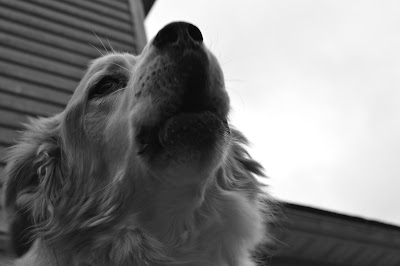 For the next few days, Max held his own.  The family made sure someone was with him at all times, I slept downstairs on the sofa with him at night so he wasn't alone. We placed his water bowl and food bowl in front of him and he ate and drank.  We picked the big lunk up and carried him outside where he'd wander around the yard, bumping into trees. 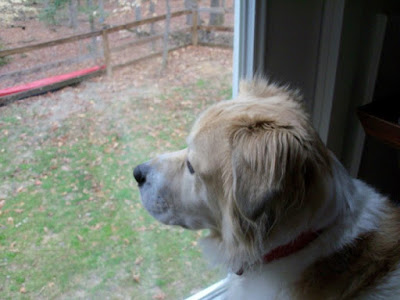 The morning of his vet appointment, he was able to find his water bowl without help.  I had high hopes.  Maybe my husband's theory that he had a sore throat & just needed antibiotics was actually correct.  Maybe his blindness wasn't the end and he'd be okay.  Maybe his restlessness the previous night was him wanting to get back to his old, mobile self and not signs that he was starting to feel pain.  Maybe, just maybe, he'd be okay. 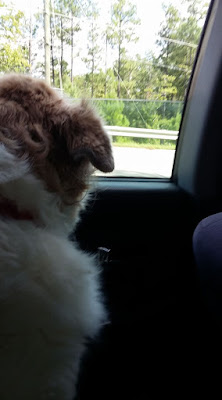 Sadly, that was not the case.  On August 31, 2017, Max took his final car ride.  The diagnosis was lymphoma and the vet was able to feel 18 tumors.  The tumors were everywhere. Head, neck, chest, belly, legs.  Everywhere. One in his head had caused so much pressure, the blood vessels in his eyes had ruptured causing his blindness.  It was time to do the unthinkable. 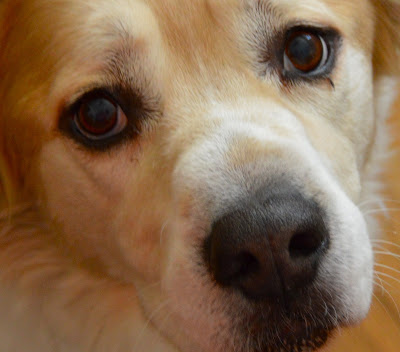 My heart is broken and I miss him more than I thought possible.  But I'm also confident that he's in a better place. A pain-free place with an unlimited supply of pizza and donuts, and he can actually catch the neighbor's cat every once in a while.