Triangles, semi circles and the end of the world

It's Yarn Along Wednesday when knitters share what they are knitting and reading with Ginny over at Small Things and the question I'm asking today is.....

Exactly how long have I been knitting?


Dammit!  I hate having to make decisions like that even more than I hate knitting a triangle when I meant to knit a semi circle. 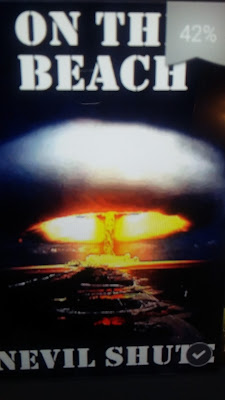 Oh well.  I'll just go read another chapter of On the Beach and contemplate triangles vs. semi circles and the end of the world.

Posted by Jeannie Gray Knits at 9:00 AM

Email ThisBlogThis!Share to TwitterShare to FacebookShare to Pinterest
Labels: books, knitting, On the Beach, Reyna, Yarn Along