We've had lots of hair raising, heart thumping, exciting times in the Jeannie Gray Knits household recently.  First, there was that whole Babadook experience.  My pulse is still racing.  There were several hours worth of conversation with the girl child regarding what made the movie so scary.  Things didn't jump out at you, much.  and it wasn't bloody & gory, at least not much.  Neither of us could put our fingers on exactly what made the movie so horrifying.  The dog bothered us both but beyond that, Sarah wasn't really able to voice what scared her, yet she readily admitted to blocking her closet doors shut & sleeping with the lights on for a night or two.  For me, the idea that the Babadook came out of a children's book was upsetting.  And the mom's breakdown reminded me of those early motherhood years of postpartum hormones and sleepless nights.  Those sleepless nights especially can make a mom go a little batty.  But still, what was it about the movie that was so terrifying?  Even after a lengthy conversation, neither of us could put a finger on it.  How about you? Have you seen Babadook?  Were you totally freaked out?  What did you find so scary about it?

Next up on the excitement list.... Avengers, Age of Ultron.  Sarah is a Huge Marvel fan and she intends to one day marry Captain America.  Me, I couldn't care less about the comics, but I love anything Joss Whedon touches.  I love his style of humor and sarcasm and how his characters interact with each other.  And, well, Thor.  Thor on the big screen always gets my heart pumping.  And then there was the group of eight seven year olds who sort of sat behind us.  They got the heart pumping too, but not necessarily in a good way.  It was so frustrating.  We went to an early show and there was hardly anyone in the movie theater, yet this group of eight seven year olds and one mom sat in the row directly behind us.  Then they proceeded to talk, yell, shush each other and run up and down the steps throughout the entire movie.  Sarah & I were both ready to turn around & go all Hulk on them.

Once Sarah and I had finished our individual "I hate seven year olds" rants and had stopped coming up with all kinds of fun, torturous things we would have liked to do to those kids for interfering with our time with Marvel, Captain America, Whedon witticisms and Thor, we then proceeded to have a long and lengthy, and sometimes heated, discussion over the actual outcome of dropping a small island on a large city.  Would it really cause global destruction? And would the dust cloud be worse if the island was intact or already turned into dust/rock chunks when it fell.  I have to say, I was impressed with Sarah's scientific knowledge and our discussion made me sad that we have finished our homeschooling years.  The argument would have made for an excellent homeschool science project. 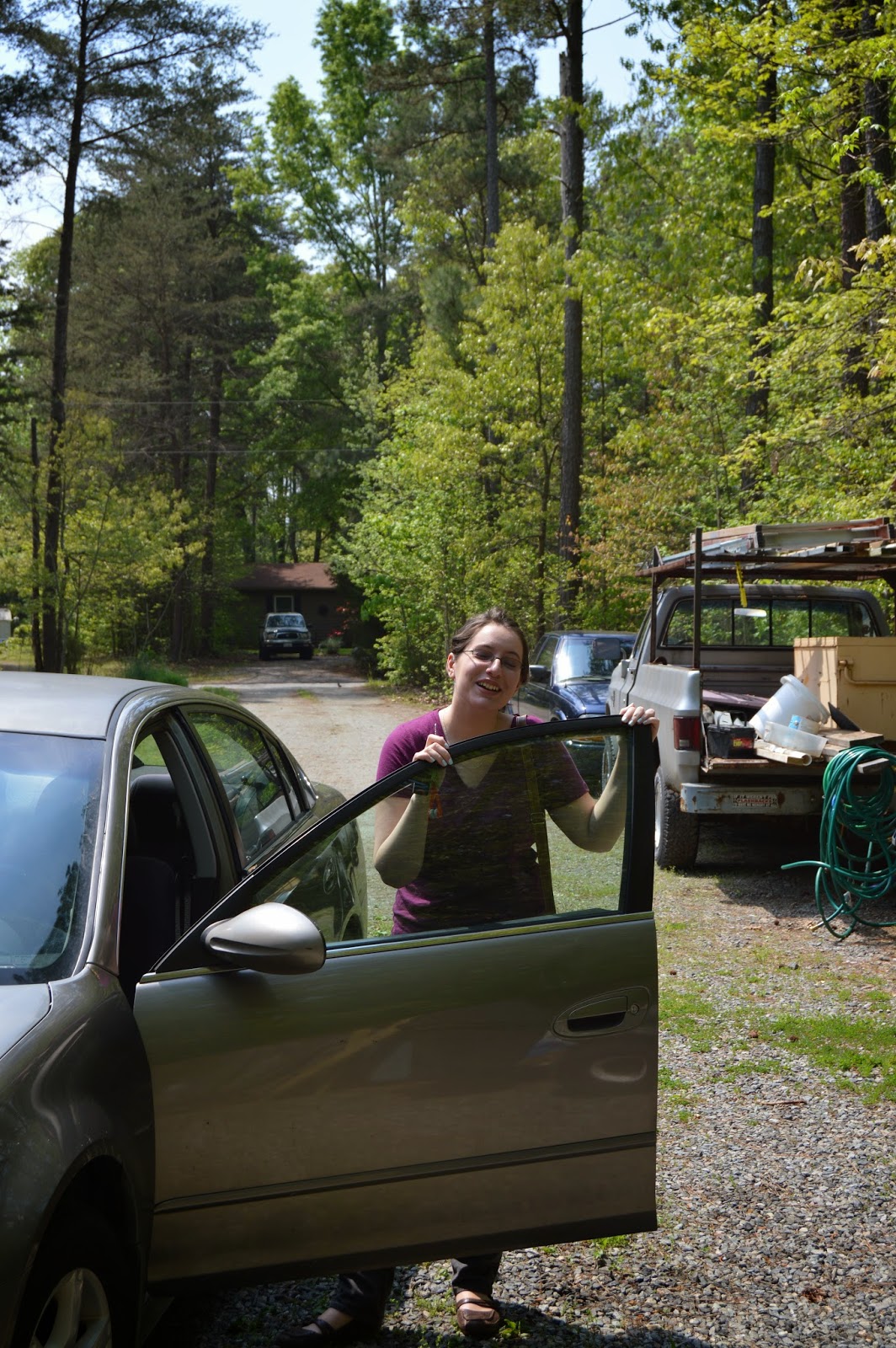 And then there was today.  Today was the most hair raising, exciting time of all. 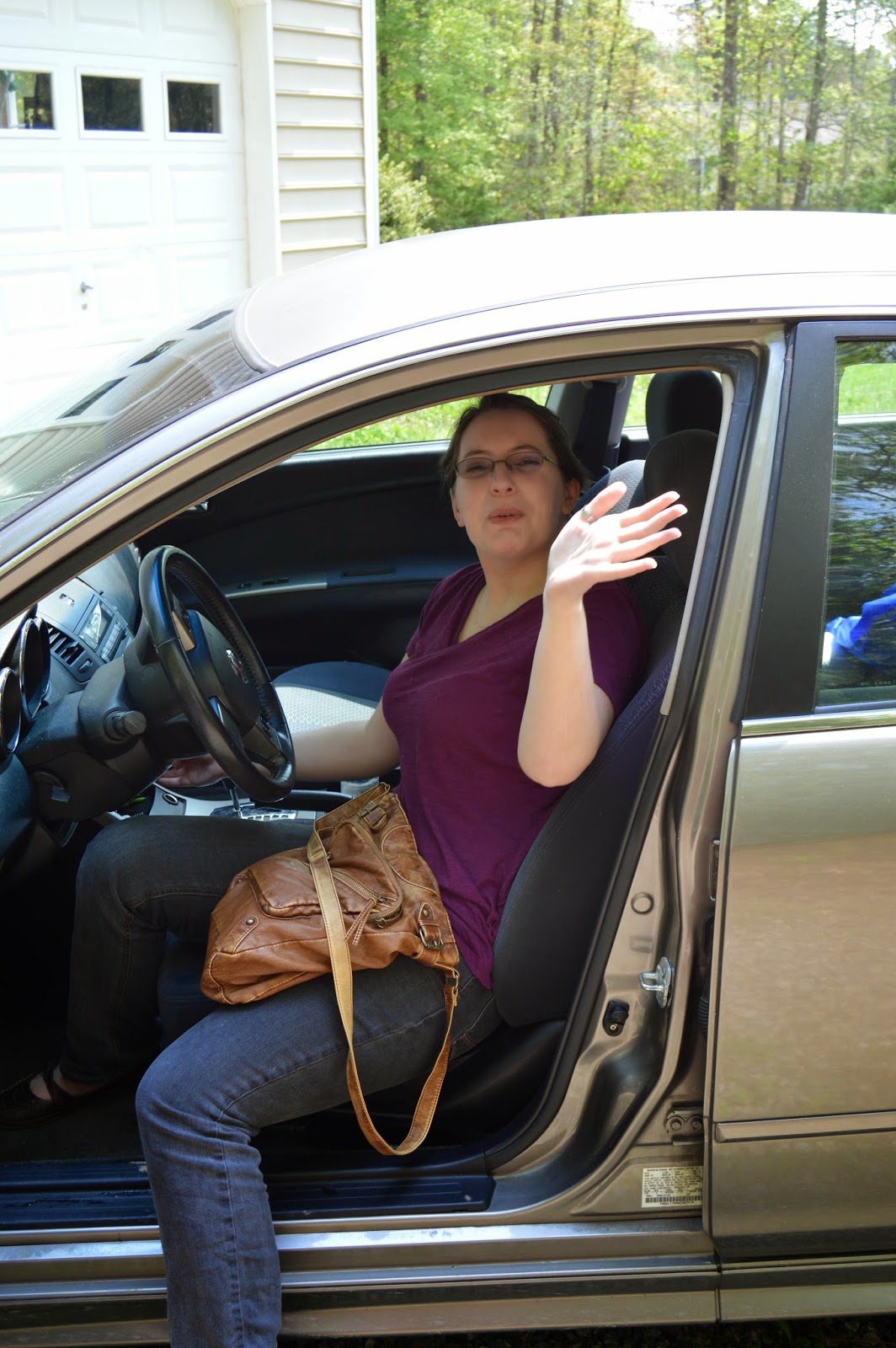 My baby got her drivers license. 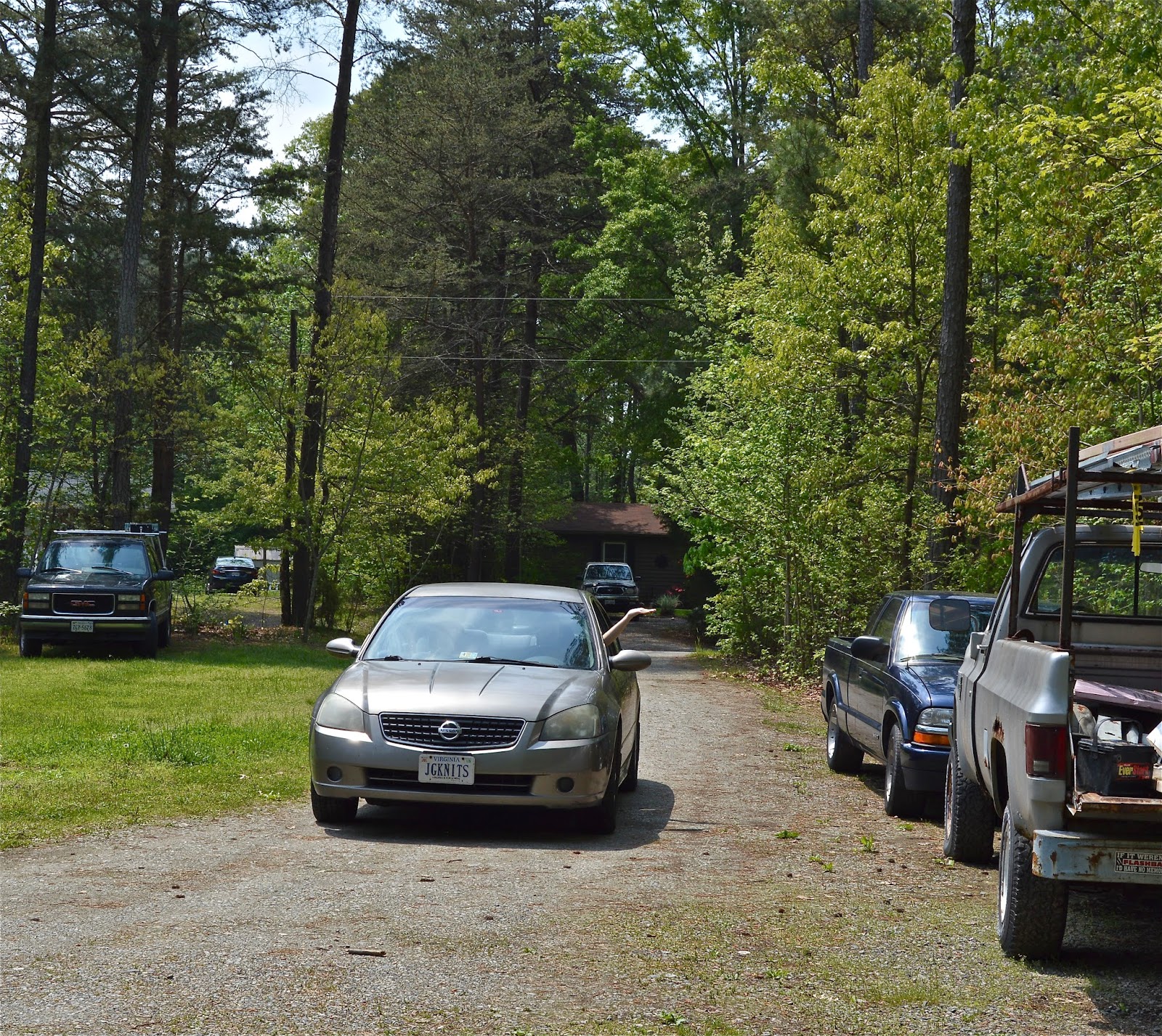 And off she went.  All by herself.  Without me.

I'm having a hard time letting go.  I sure hope Captain America is out there somewhere, looking out for her safety.
Posted by Jeannie Gray Knits at 4:01 PM