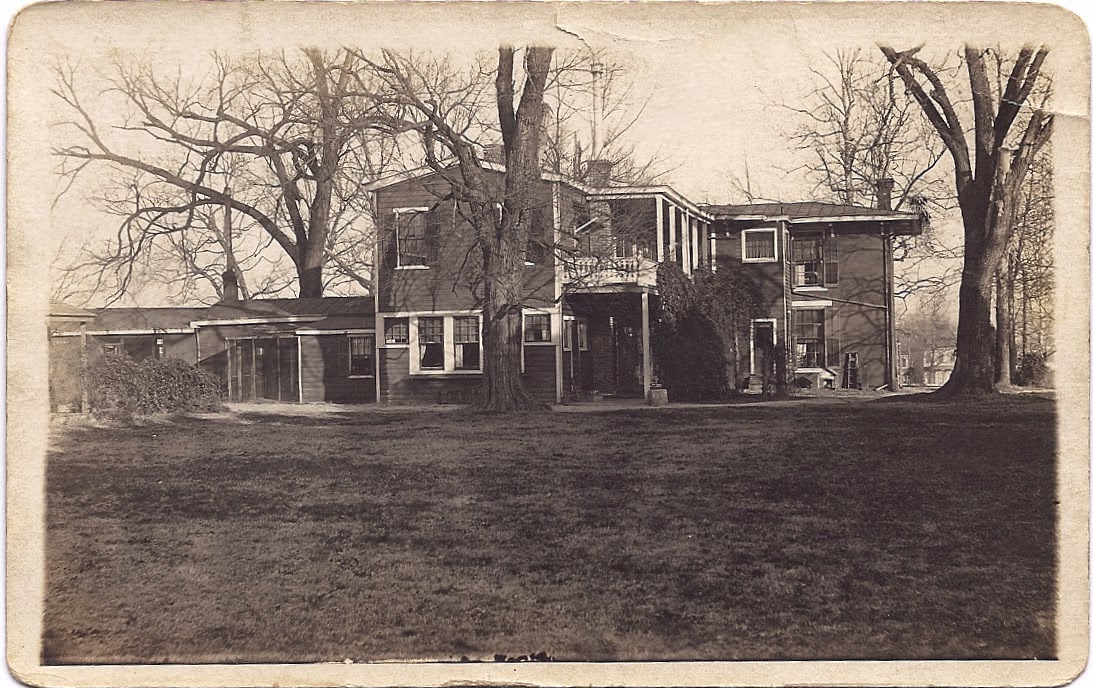 I'm not sure when that photo was taken, but it's a picture of Buck Hill, my dad's childhood home.  I deeply regret not paying more attention to the stories Dad told of life at Buck Hill.  About all I know is that it was a tobacco plantation, a large chunk of the land was sold to Maury Cemetary (where Dad is buried in the family plot) and the remaining estate was later sold to Philip Morris.  I do know Dad loved his life there.  He constantly told stories about boyhood pranks, shenanigans & adventures he & his brother experienced.  I just wish I'd listened more.

As for knitting, the ragland sweater is coming along. 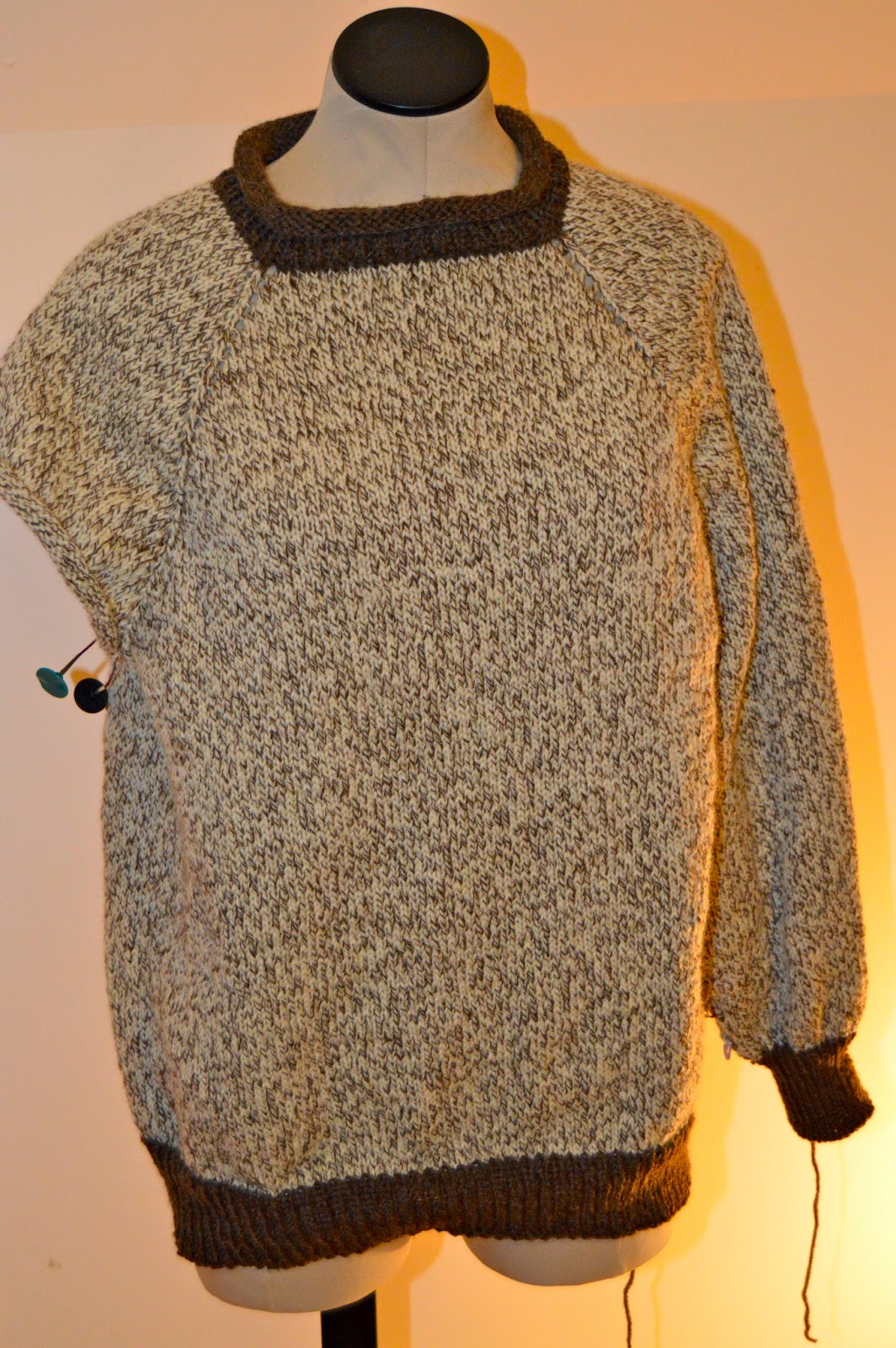 One sleeve is all that's left to knit.  It's certainly not going to be the prettiest sweater ever knit, but it's going to be warm, it fits well (or it will, assuming the second sleeve turns out to be the same dimensions as the first), the layer of dog hair that constantly covers me won't be overly noticeable and it will be a perfect sweatshirt replacement.  I'm also going to have a ton of yarn left over.   Based on how much I've used so far, I'm going to end up using a little over 400 yards less than the pattern called for.  I have no idea why that is.  This version is spot-on gauge, it fits perfectly and yet, when I knit this pattern in the past, it took the full amount called for, or even slightly more.  Weird, wild stuff.

"Weird, wild stuff," another TBT moment.  Do you know who said it first?  Although I say the phrase all the time, I had to Google it.  I had no idea where it came from.