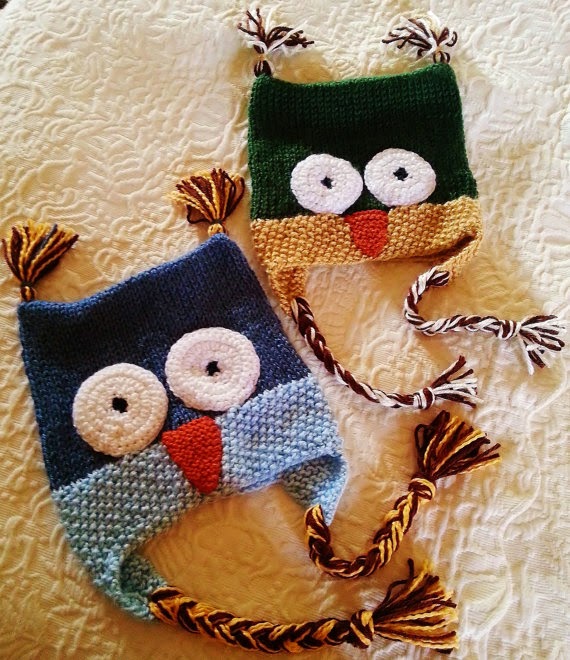 It's an adorable owl hat pattern, created by Meridian Made.  If you follow the link & click through the photos, you'll see examples of several different color-ways.  I don't normally knit fancy kid's hats because, well, mainly because my kids always seemed to loose their hats before they'd even made it out of the house.  But this hat is so cute, I may have to knit a few for all the little ones I know.

Back to Daylight Savings....  What a strange & glorious day.  Actually, it was pretty typical for March in Virginia.  Remember the eight inches of snow we got Thursday?  Well, it was still all over the ground when it came time to change the clocks.  It felt so wrong to be changing the clocks with that much snow on the ground, but the time change must have been the kick in the butt Mother Nature needed because Sunday turned out to be the most beautiful day ever.  The sun was shining & it warmed up to 64 degrees!  So there I was, wearing snow boots because our yard & driveway still had several inches of  mushy snow, yet riding down the interstate with the car windows open & the music blasting.  It was wonderful!

Another thing that distracted me & made me forget to post the Sunday hat pattern yesterday was that I discovered dying yarn myself.  The results weren't great, but considering the effort that I put into the project and the lessons learned, I'm counting it as a success.

First, while I was out yesterday, I stumbled across some boring, Ecru wool on clearance.  I brought it home and unwound it onto the swift. 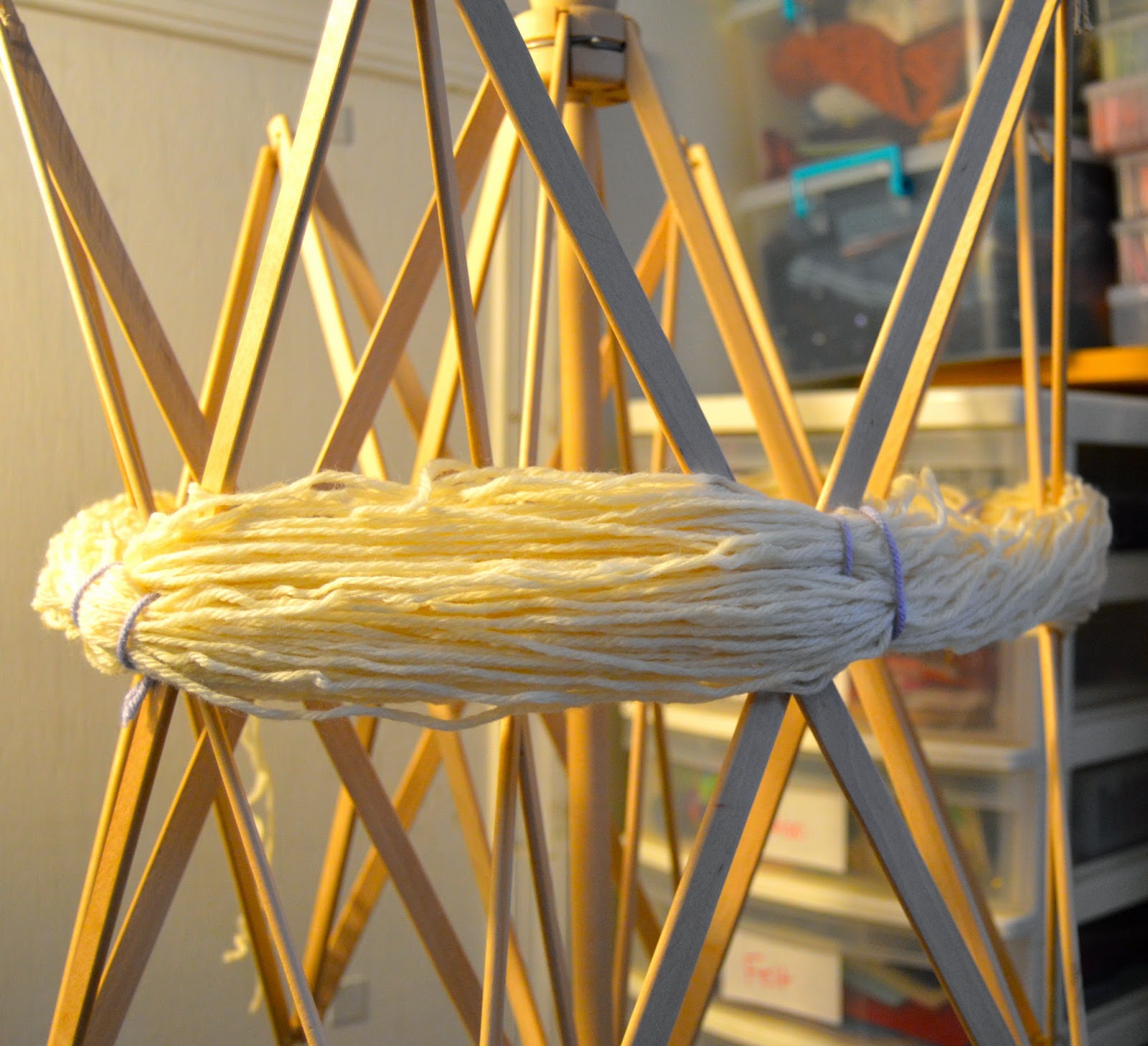 While putting the yarn onto the swift & tying it up, I watched a couple of YouTube videos on how to dye yarn with Kool Aid &/or food coloring.

Next, I soaked the yarn in water & vinegar. 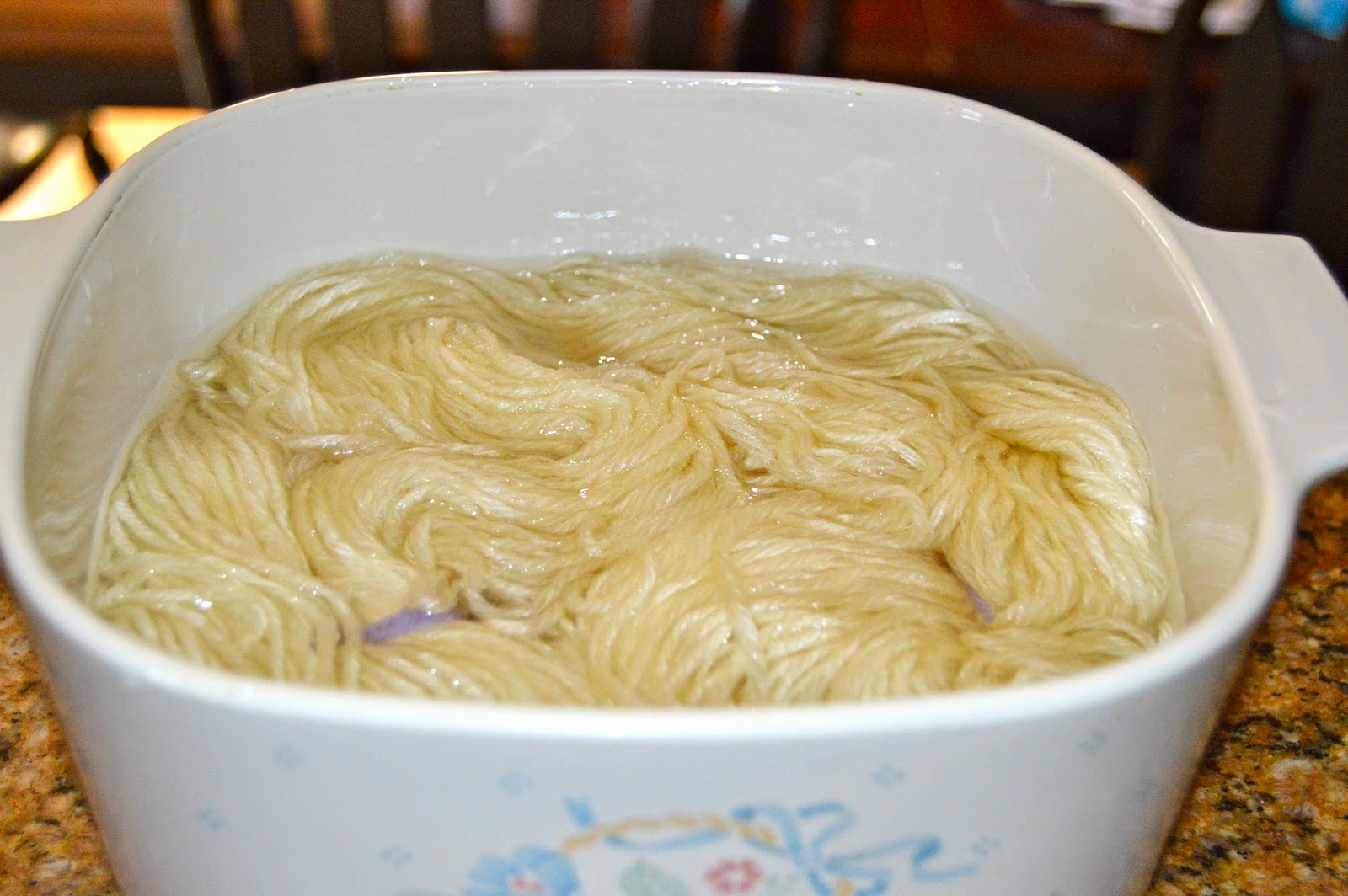 I used apple cider vinegar instead of white because it's all we had.  I'm not sure if that had any affect or not.  Next, I added food coloring. 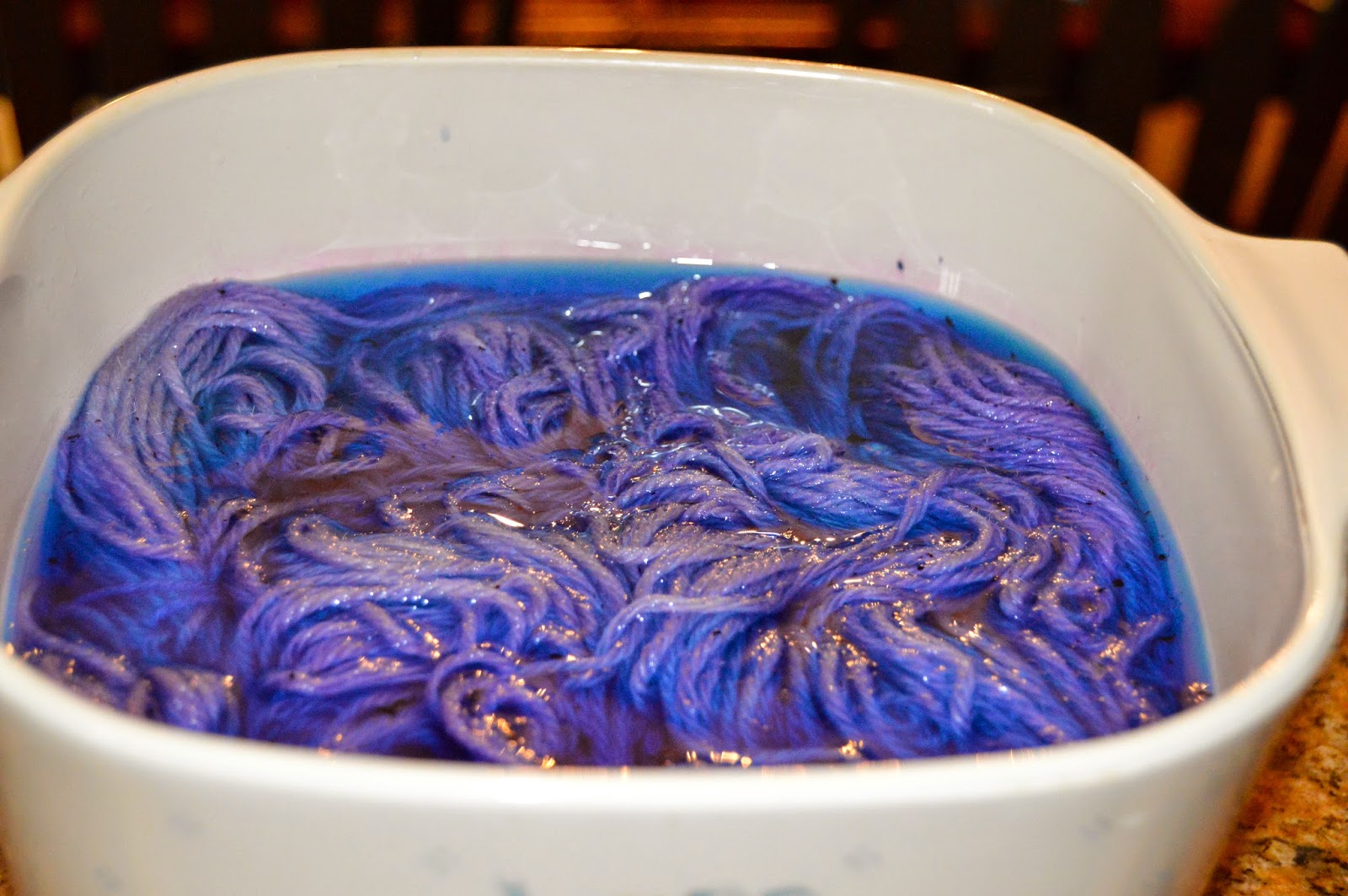 Then I microwaved it for a few minutes and let it cool.  It took a lot of rinsing to get out the tiny globs of dye that were caught in the yarn.  Perhaps I shouldn't have used gel food coloring.  Or maybe I just didn't dissolve it well enough.  What ever.  I had tiny globs of color stuck in the yarn, and if you look closely enough, on the edge of the Pyrex baking dish.  After a thorough rinsing, I ended up with 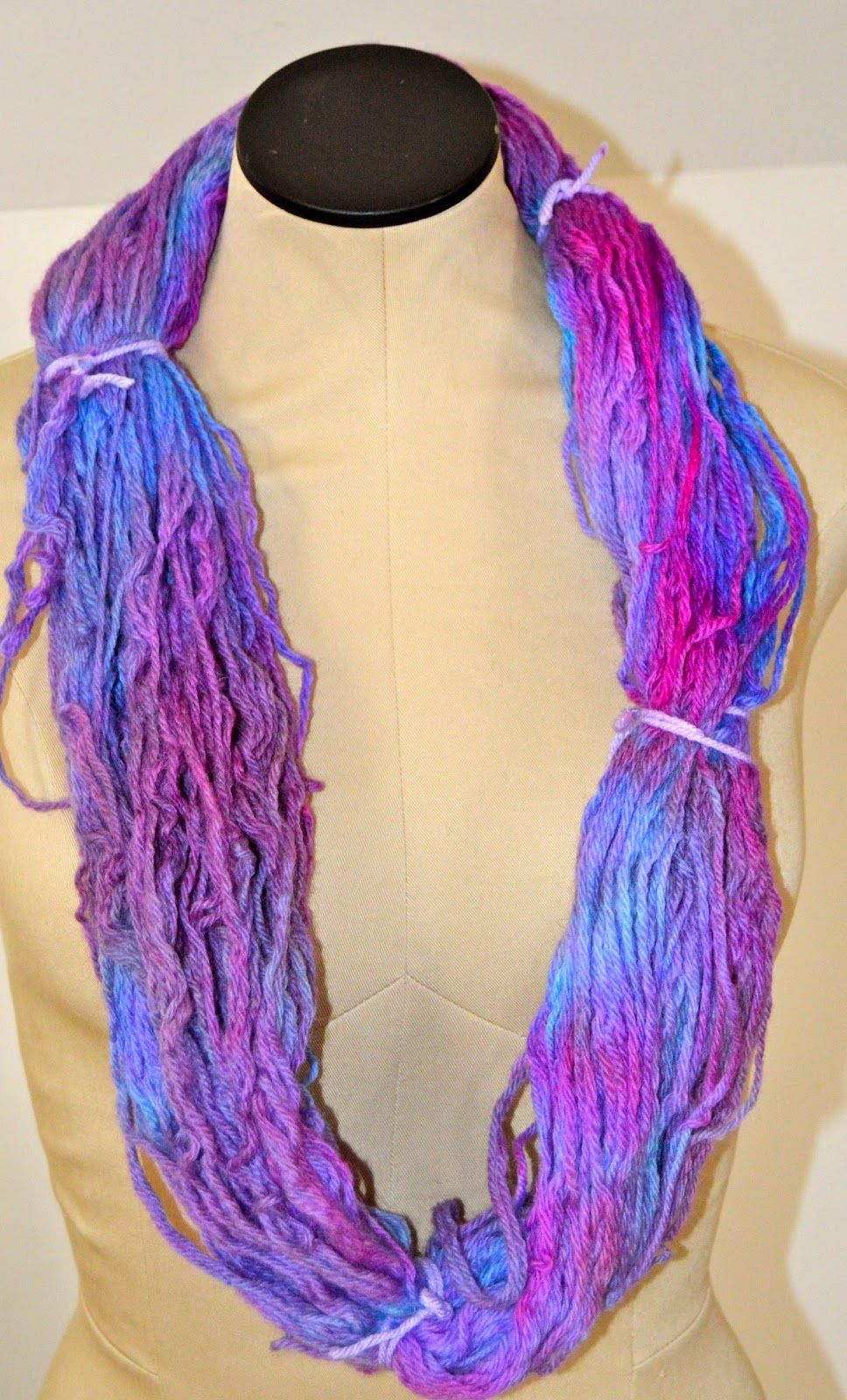 and a slightly pinkish baking dish.  Tonight, I will ask my knitting group's resident dye expert what went wrong then I'll try again.  But even though I ended up with variegated pink & blue yarn instead of the intended dark purple, and the yarn felted slightly, I still had fun.  And I can knit fun pot holders or something with it once it completely dries.
Posted by Jeannie Gray Knits at 1:28 PM