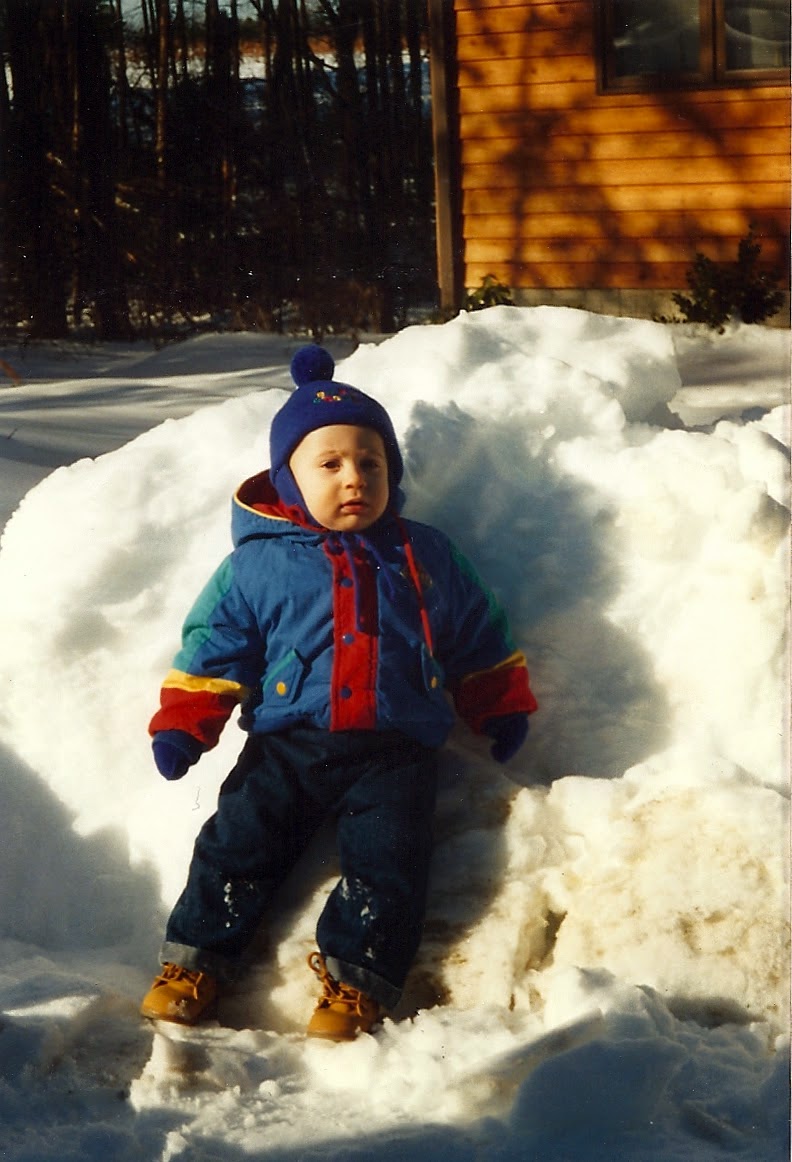 The winter of 1996/1997 was a wild one.  We had a blizzard every Thursday from mid December through mid March.  The snow was so deep we couldn't play in it because it was up, over Zack's head.

The first few storms were fun.  My husband had an excavation company at the time so we had plenty of backhoes, tractors and plows.  Instead of digging up the ground, the crew plowed snow that year.  When they were done for the day, they'd all come back to our house, cook dinner on the grill (If you've never grilled in a snow storm before you should try it.   The food is always extra yummy & you'll feel quite manly standing out in your winter parka, ski hat & gloves while playing with fire.)  We would eat, play pool, toss log after log into the wood stove & drink boat drinks while dreaming of summer & watching the snow pile up.  It was "good times" for the first month.  And then the cabin fever began to set in and we all began to despise the "s" word.

Eighteen or nineteen years later, I'm sitting here laughing & saying, "liar, liar, pants on fire" to the weatherman.  It was supposed to snow today, but the sun is shining and there isn't a cloud in sight.  Just the way we like it!

As for my knitting, I'm proud to announce, I did sew up the toes. 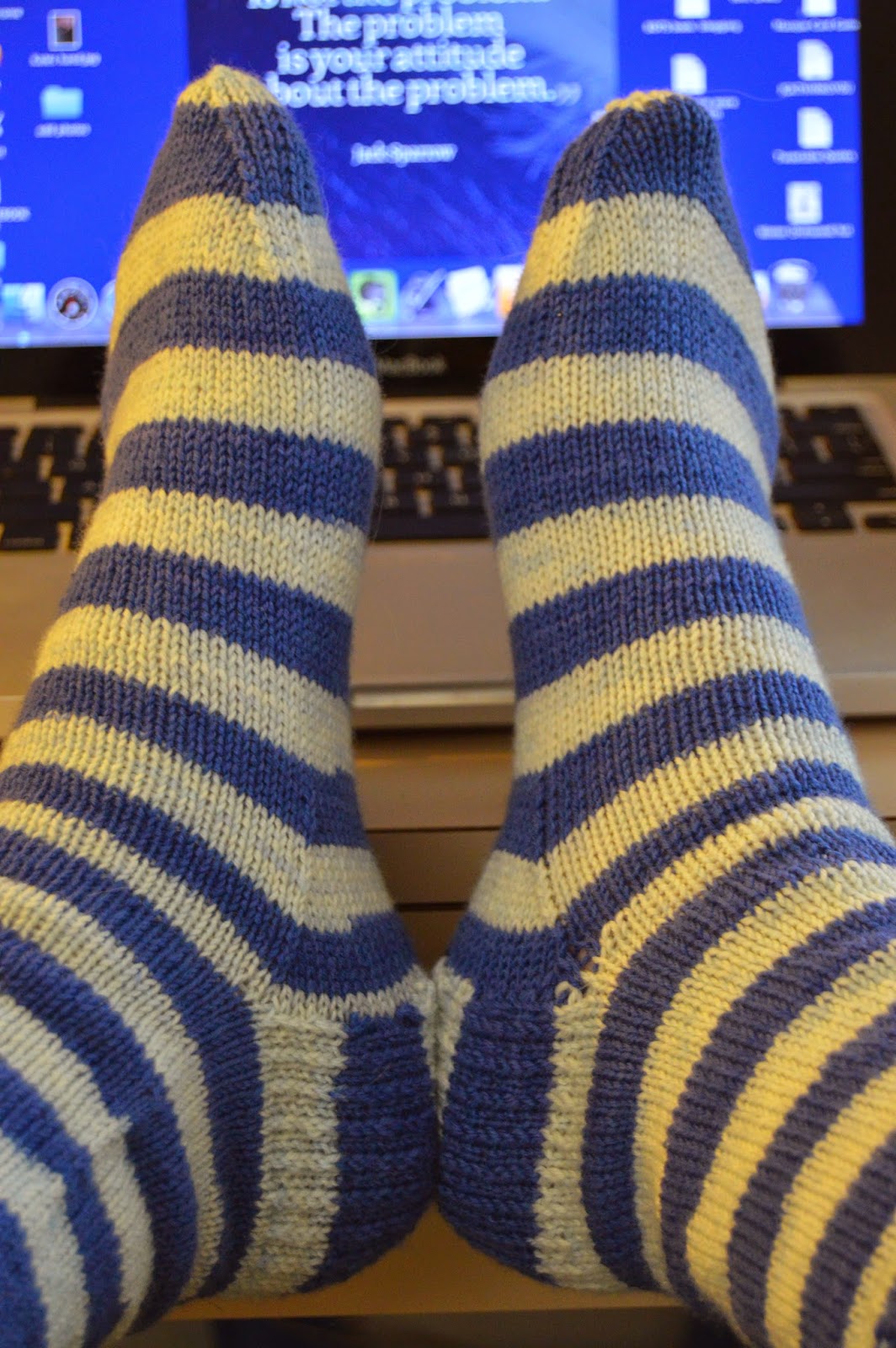 I'm proud to announce that because, well, ahem.... I have been known to toss socks back into the UFO pile to avoid kitchnering the toes.

And since I needed a #todayonmyneedles photo,  I started Indian Feathers. 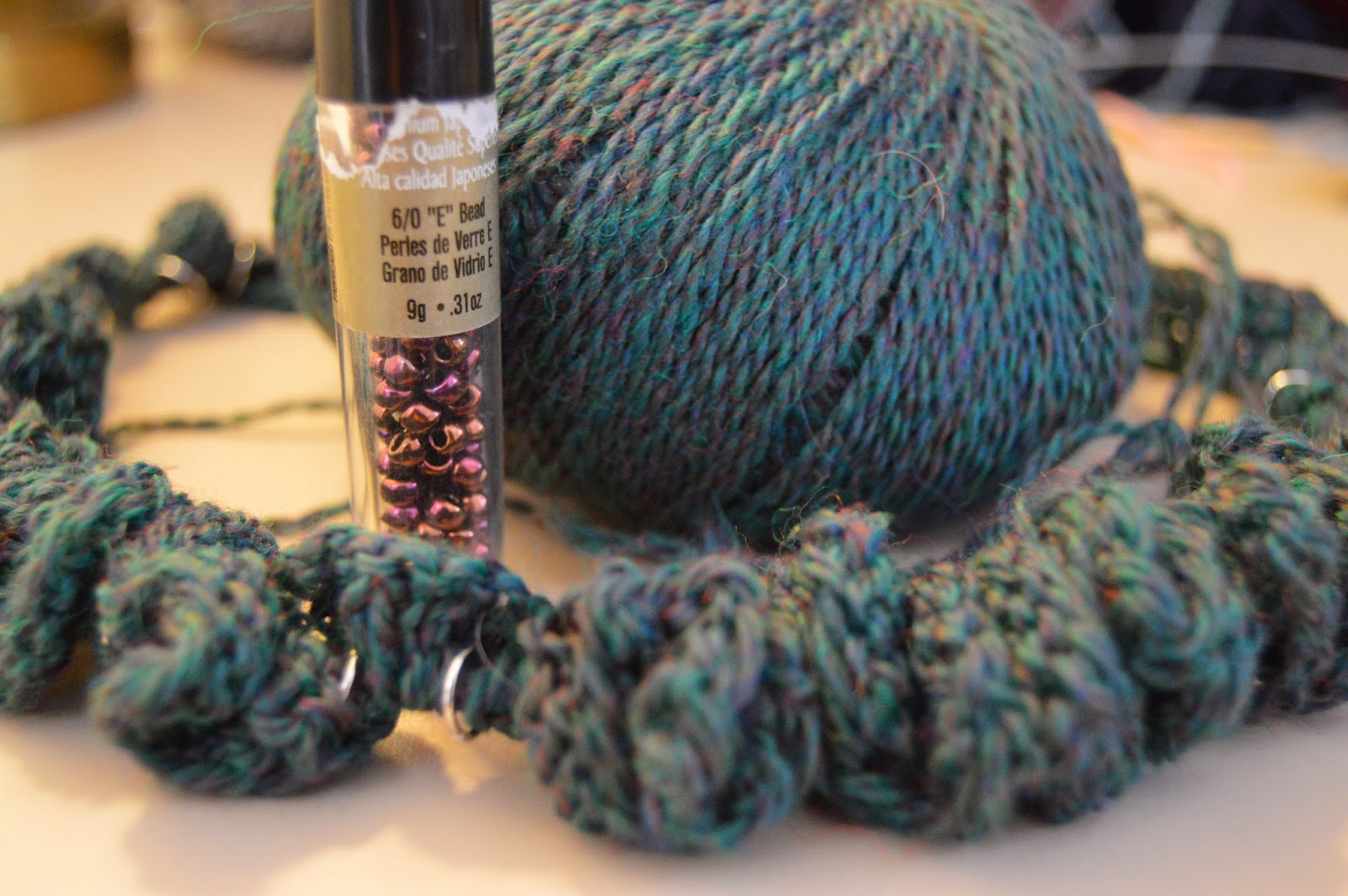 The plan is to get the beaded lace edging done and save the boring stockinette part to do while I'm at work this summer.  Summer Knitting At Work projects need to be 1) mindless and easy to frequently put down & pick up, 2) portable, as in, the whole project can fit in a ziplock bag, and 3) preferably interesting enough for Security to ooh & ahh over when they search me.  Indian Feathers should work perfectly.
Posted by Jeannie Gray Knits at 8:30 AM