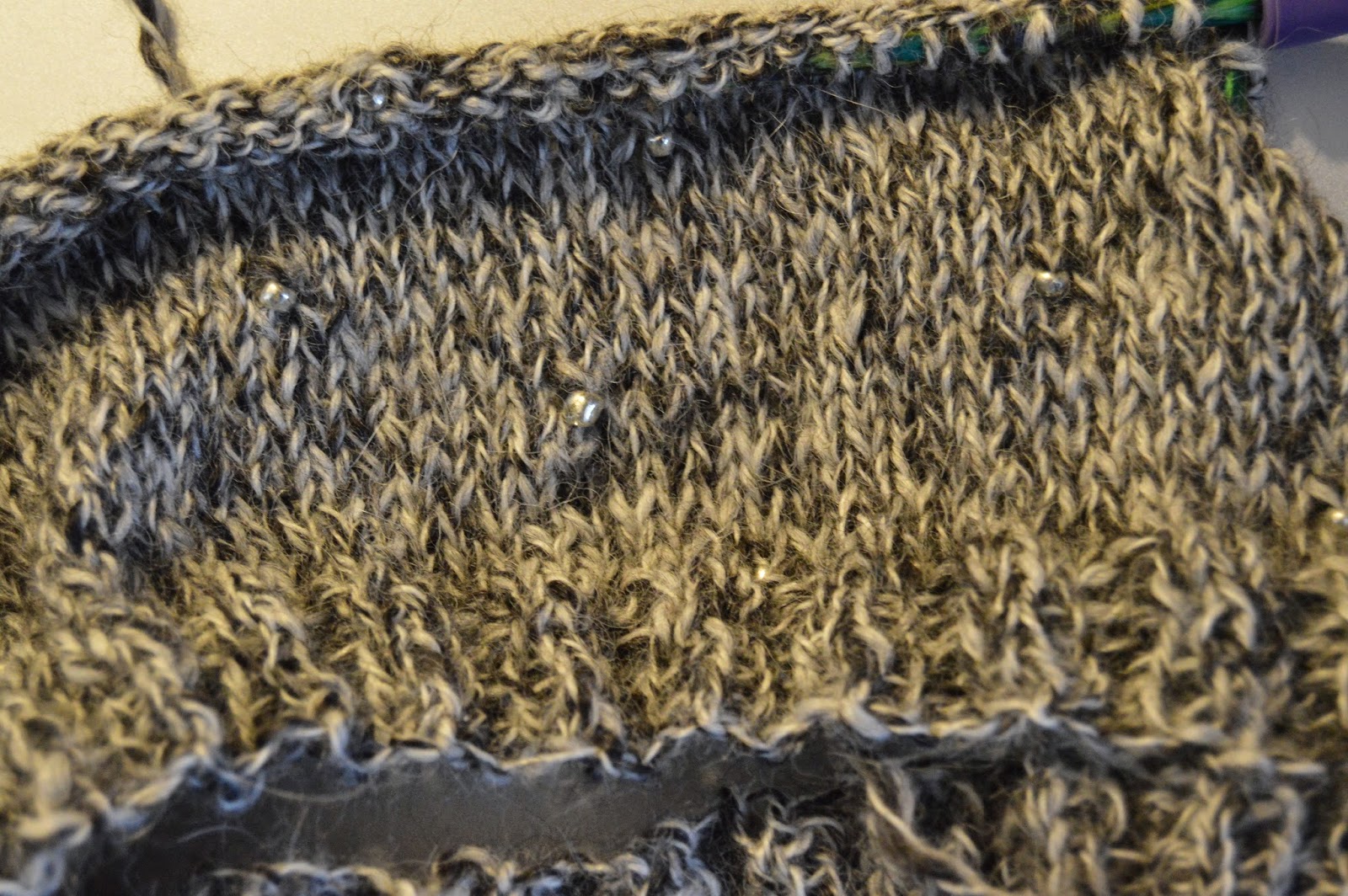 Remember Friday's post about the cowl/infinity scarf and how I had originally wanted to include beads but decided against it at the last minute?  Well, I changed my mind.  Again.  It is a woman's prerogative after all.  So, I frogged the first version and started over.

The new version will have a smaller circumference and lots of beads.  Instead of being an infinity scarf type thing that can be wrapped multiple times around my neck, this will be one long, turtleneck/tube type cowl.  Remember It's Only Make Believe?  Asking Sarah to model it was a mistake.  She hasn't taken it off since.  But, I kept seeing her wandering through the house wearing her turtleneck/tube type cowl and I decided I wanted one too.  So, that's what this will be.  But mine will have beads.  I put a row of evenly spaced beads on the first round after the ribbing and the body will have beads sprinkled randomly around.

So far, I'm loving the new version.  The yarn is such a joy to knit with and the rounds go quickly.  The beads add just a touch of diversion to the plain knitting so that it's not too boring and the randomness of the beads means that I don't have to pay much attention to what I'm doing.  My kind of project! 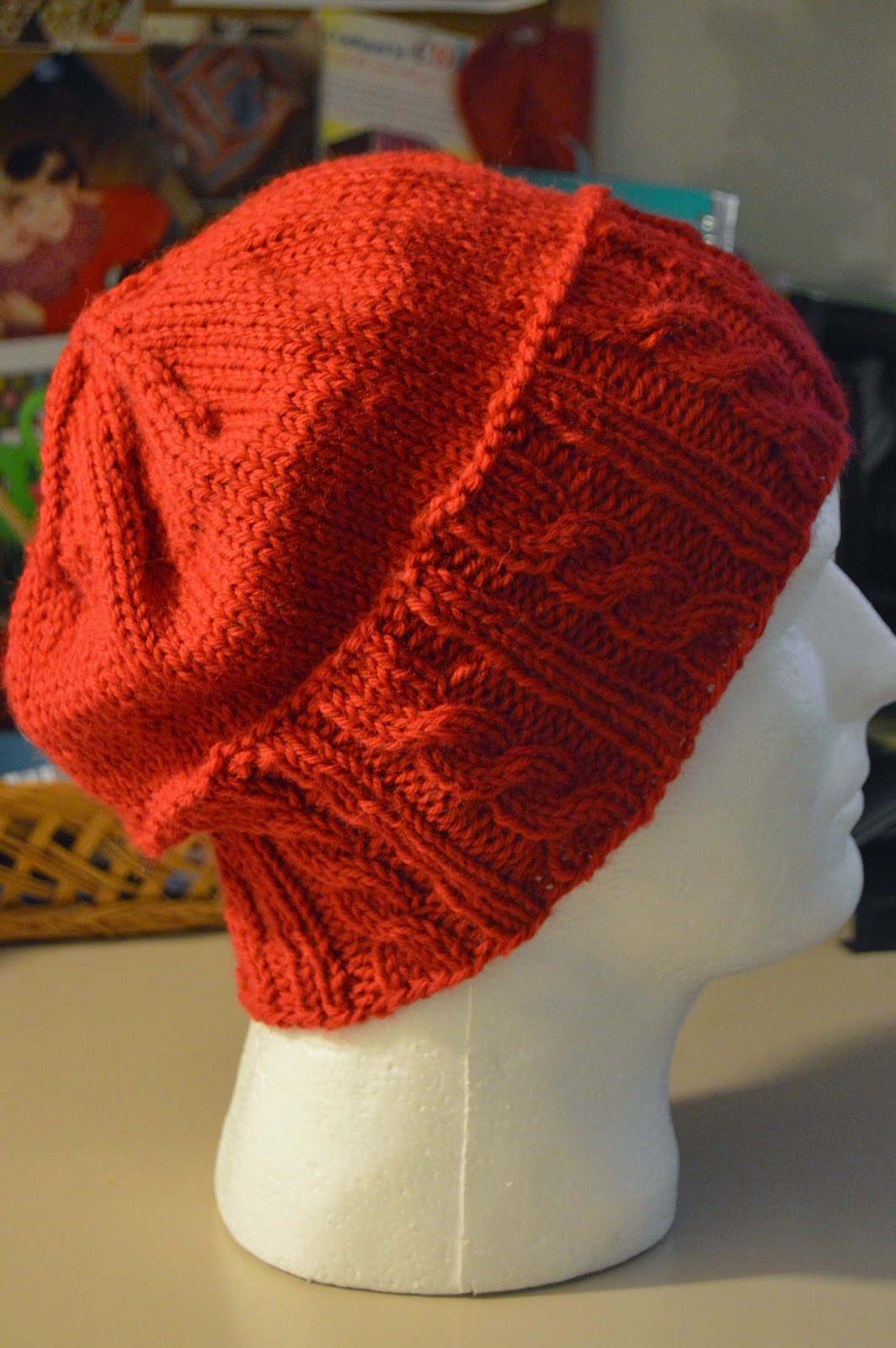 I finished the Fisher hat, which I realized is actually called the Fisher Cable Hat.  It was a great, super quick, fun hat to knit.  I'm sure I will knit this hat again, although I may cut out a few rows in the stockinette area.  This hat fits me perfectly which means it's slouchy on Mr. Creepyhead and anyone else with a normal sized head.

And, just because yesterday's sunset was so pretty.... 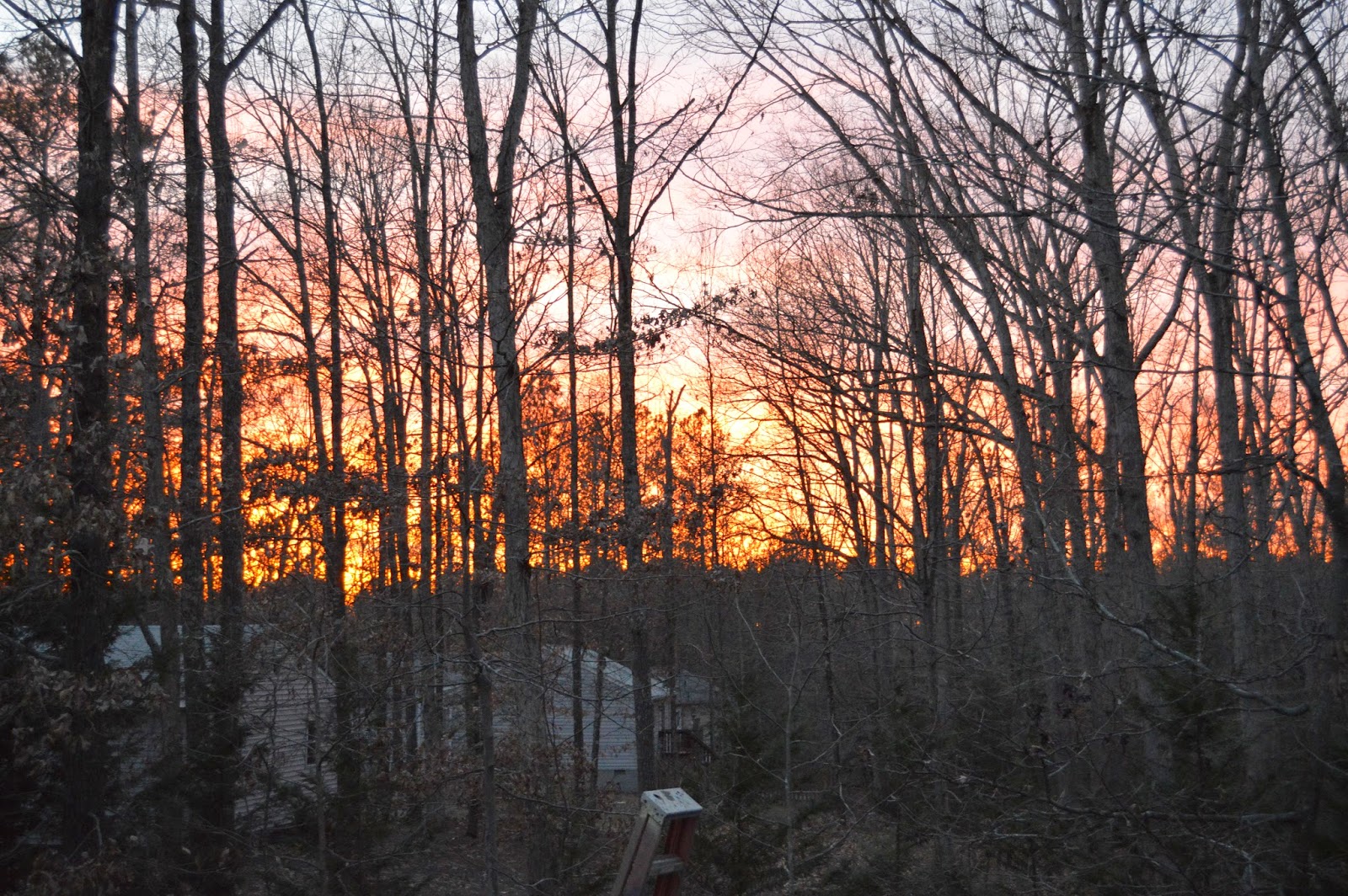