I forgot to blog yesterday and I almost forgot again today.  Good grief! 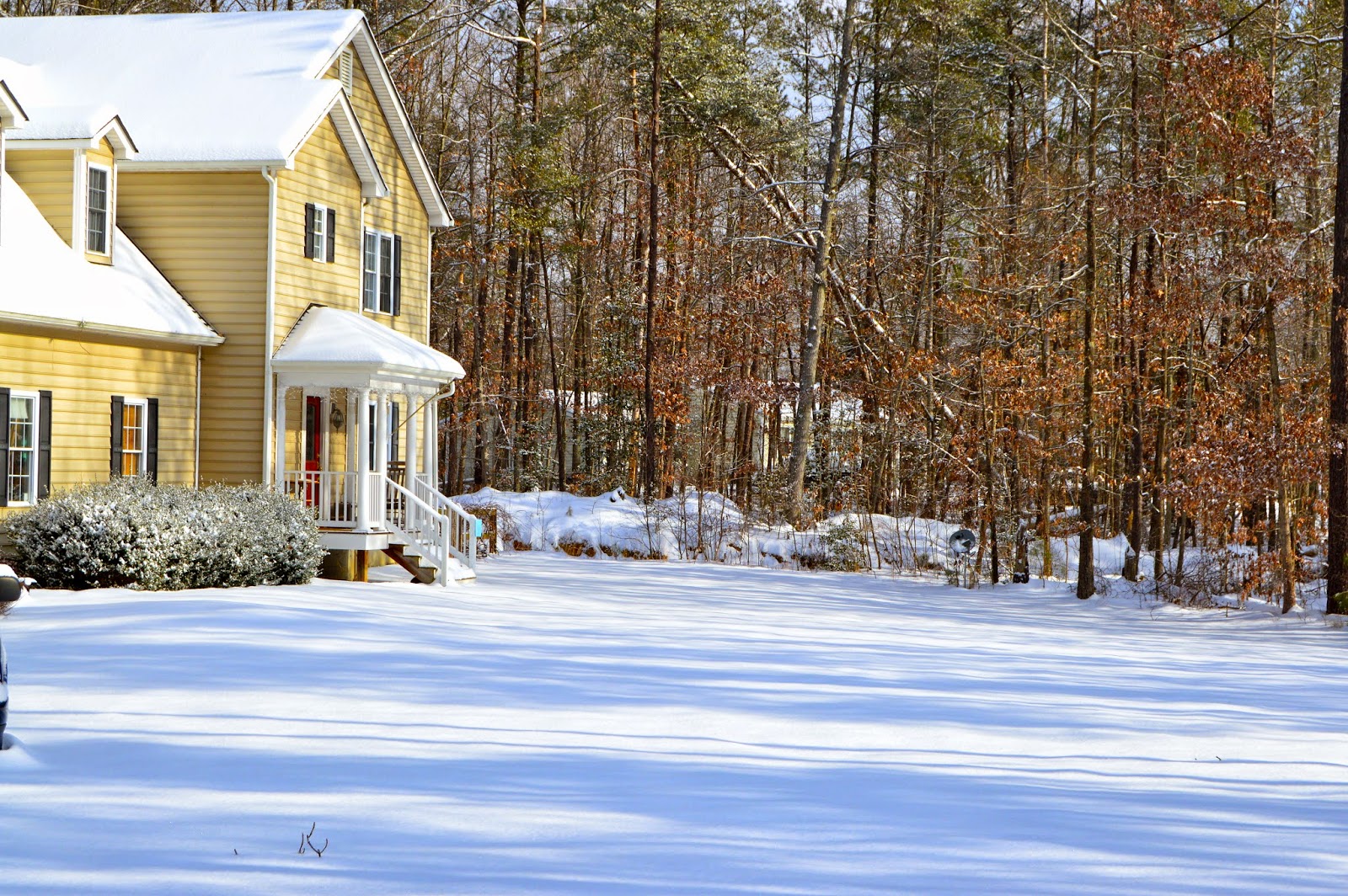 I think the snow rattled my brain.  Yes, we got some snow.  Luckily, instead of the twelve inches predicted, we got six to eight, depending on where I stuck the ruler. 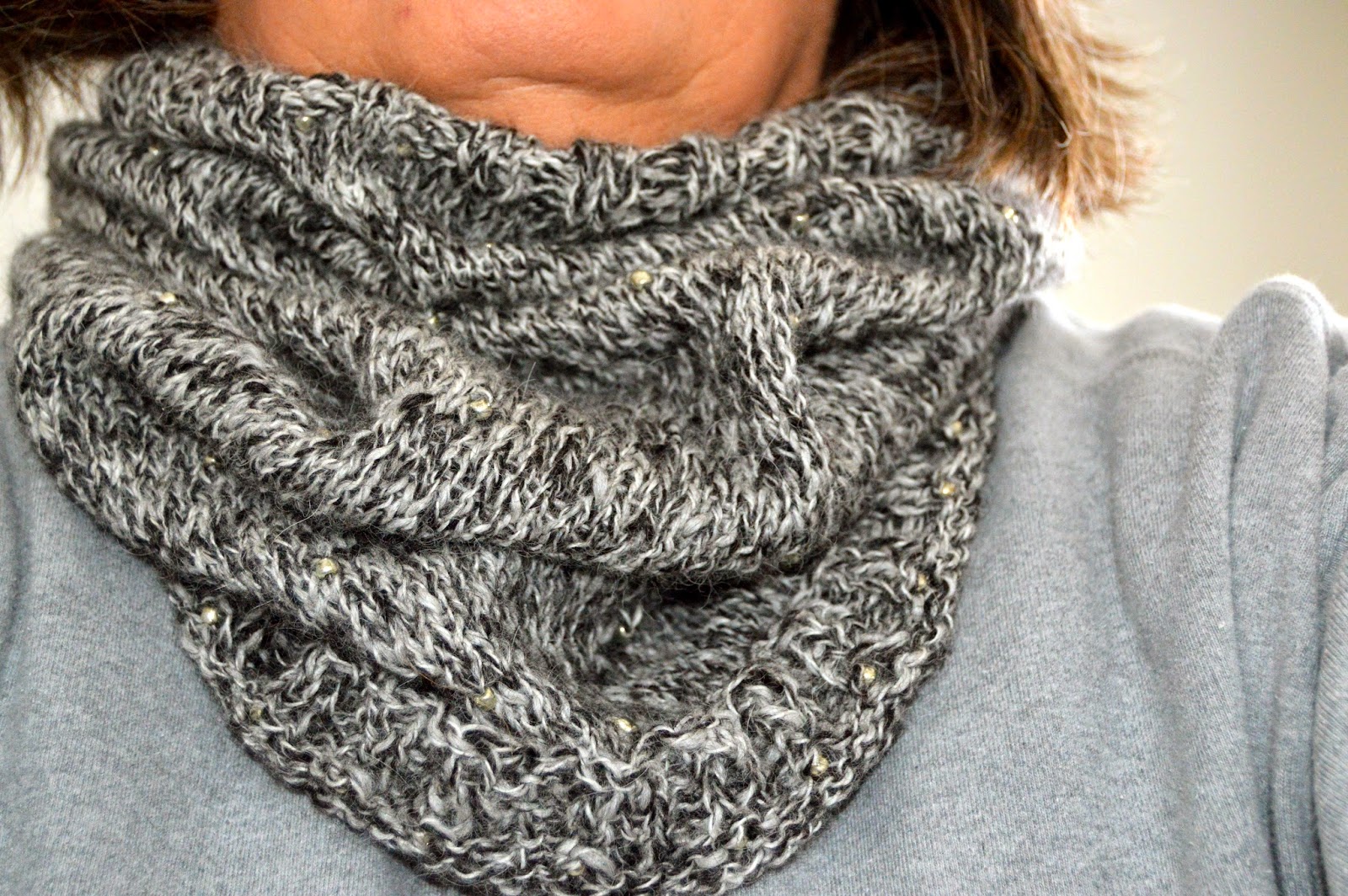 While it snowed, I finished up the beaded black & silver cowl knit with Woven Gems Alpaca.  Good thing, too.  Our heat has been on the fritz and while the emergency heat is still working, the regular heat is not.  And since emergency heat costs about four trillion dollars per minute of use, we have our thermostat set extremely low and we are all bundled up in layer upon layer.  I've been wearing my finished alpaca cowl all day.  It's SO warm and toasty!  I practically don't even need the six layers of shirts, sweaters & jackets I'm also wearing. 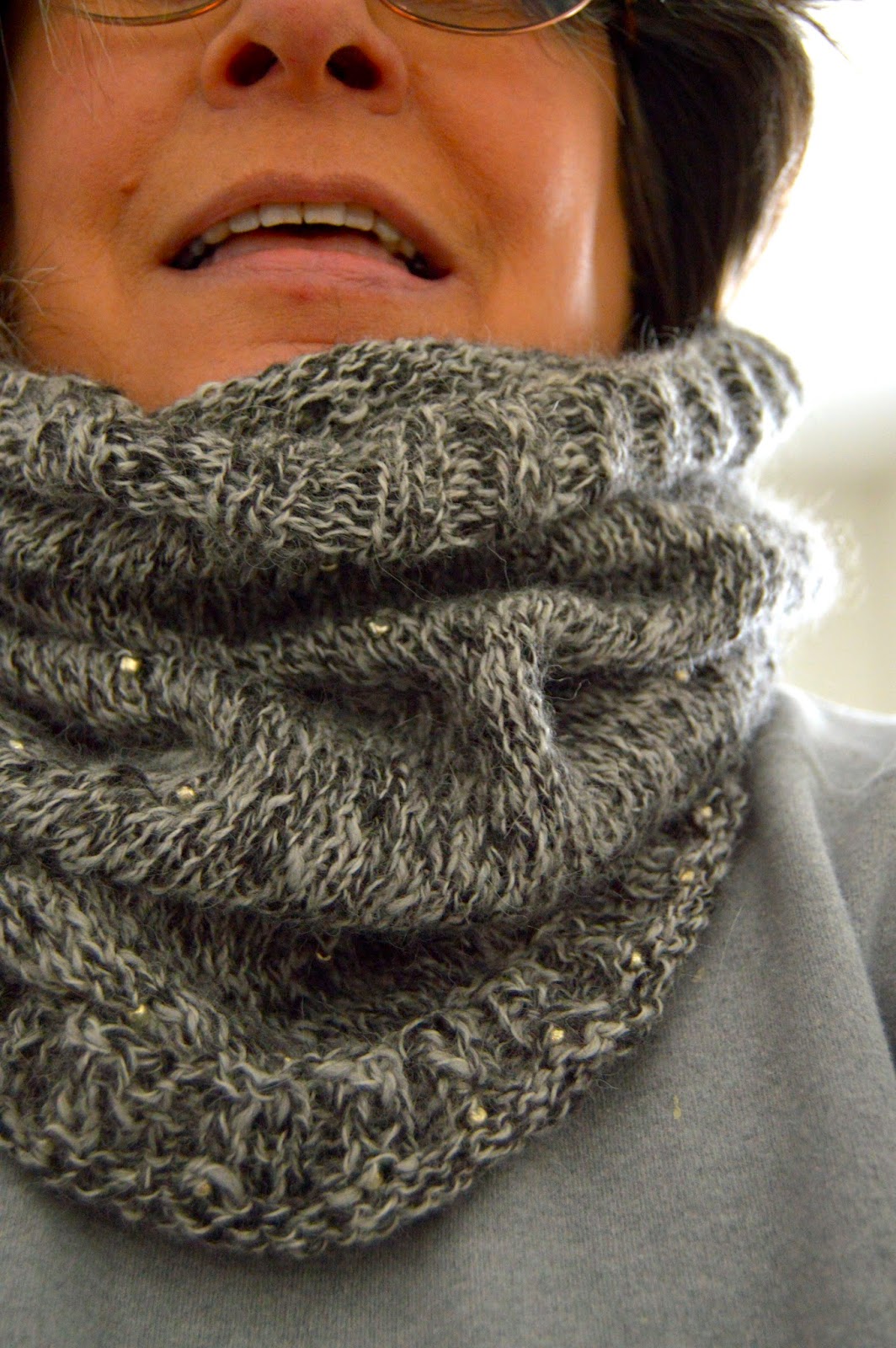 I was lost and bored without the alpaca on my needles for a while and started taking selfies. 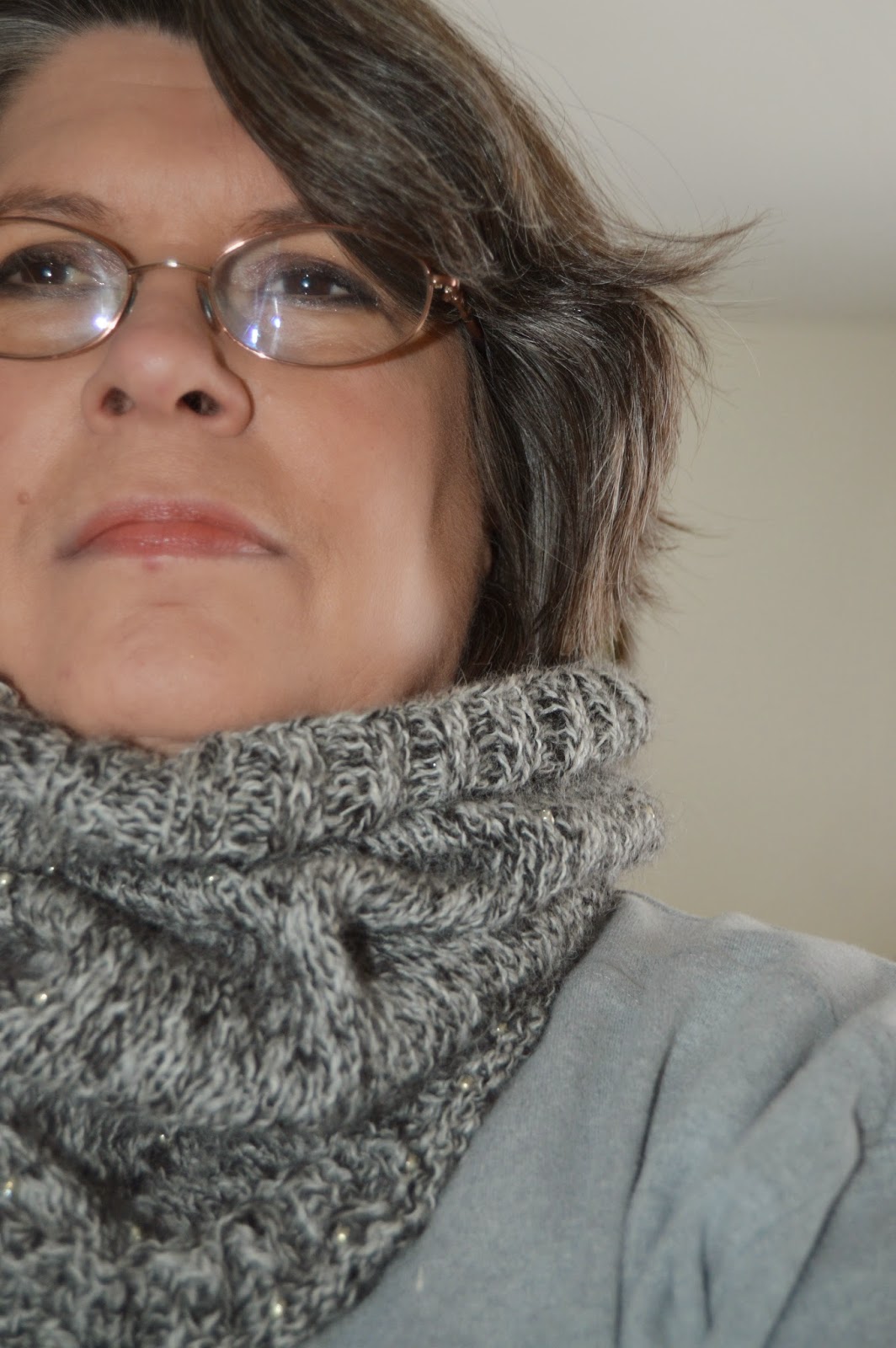 I am The worst at selfie taking, especially when trying to use a DSLR camera, not a phone.  My lack of skill caused me to hide my face in shame. 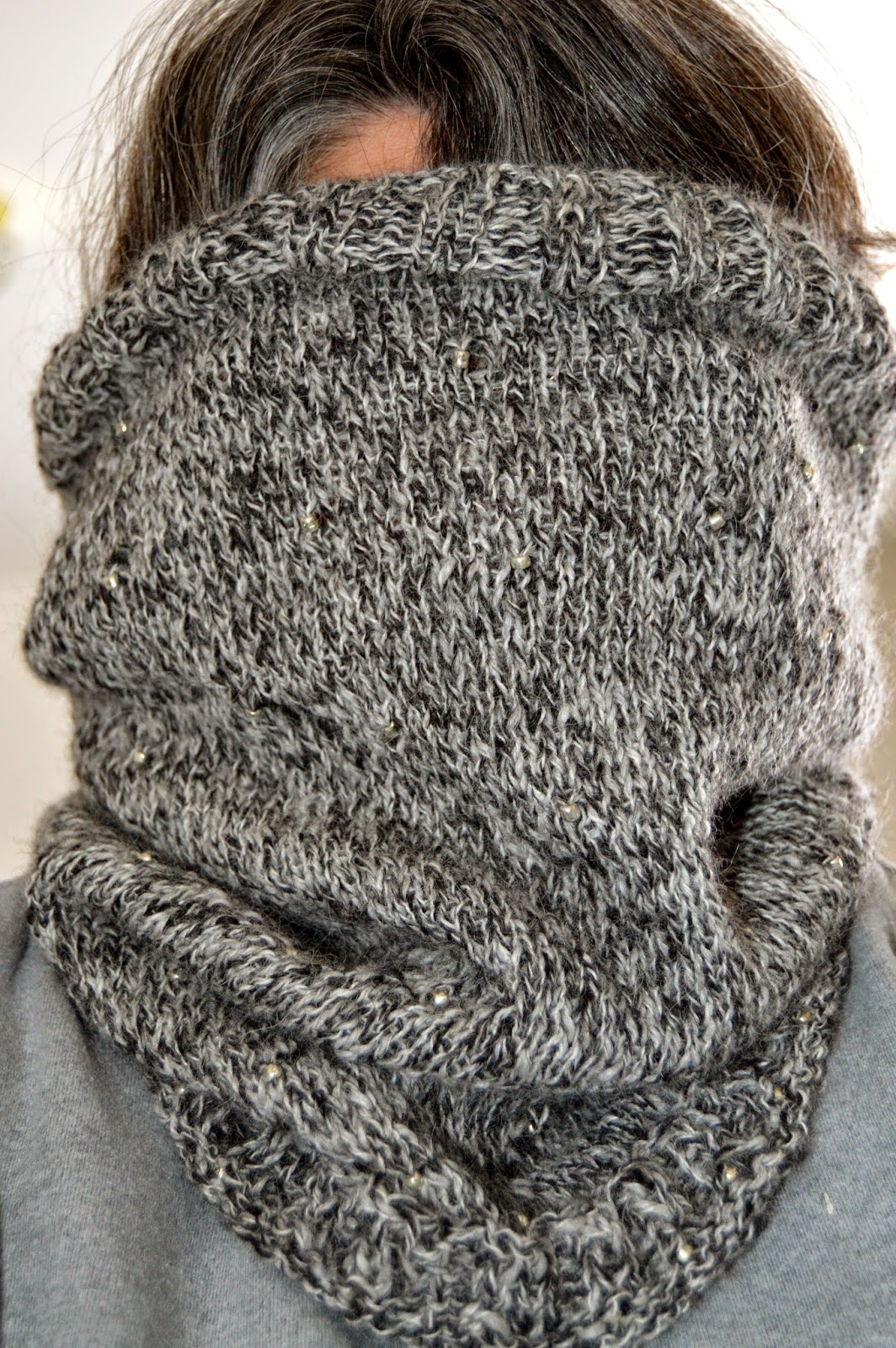 Eventually, my arms got tired and I gave up on the selfie taking and cast on another black & silver alpaca cowl.  I still had lots of yarn left, but not enough for an entire cowl.  This new version will have red stripes thrown in instead of beads.

While I was attempting to take just one, lone selfie that wasn't looking straight up my nose, I snapped a few pictures of Max. 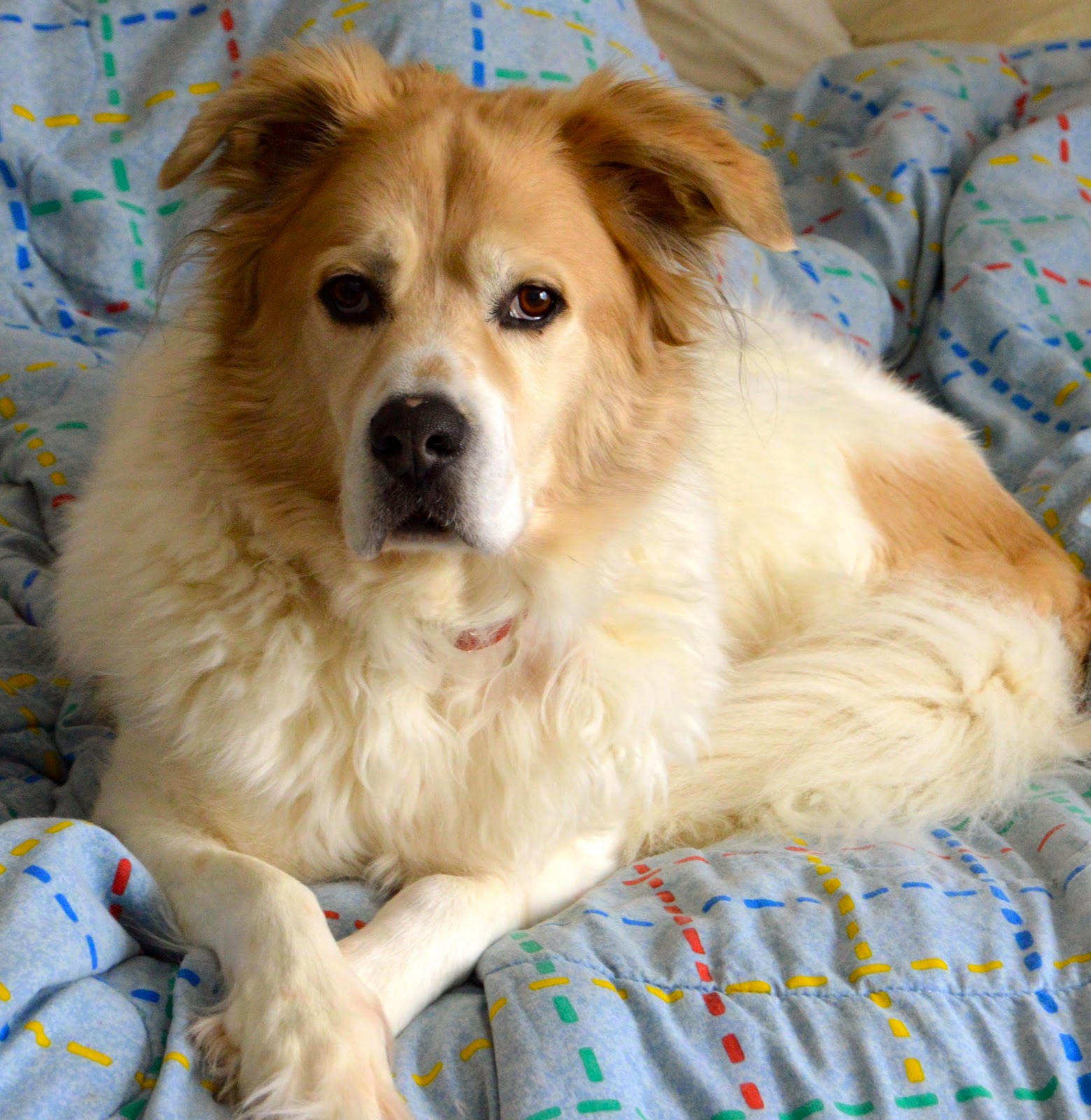 He said, "Woman, you know I don't like having that black flashy thing pointed at me." 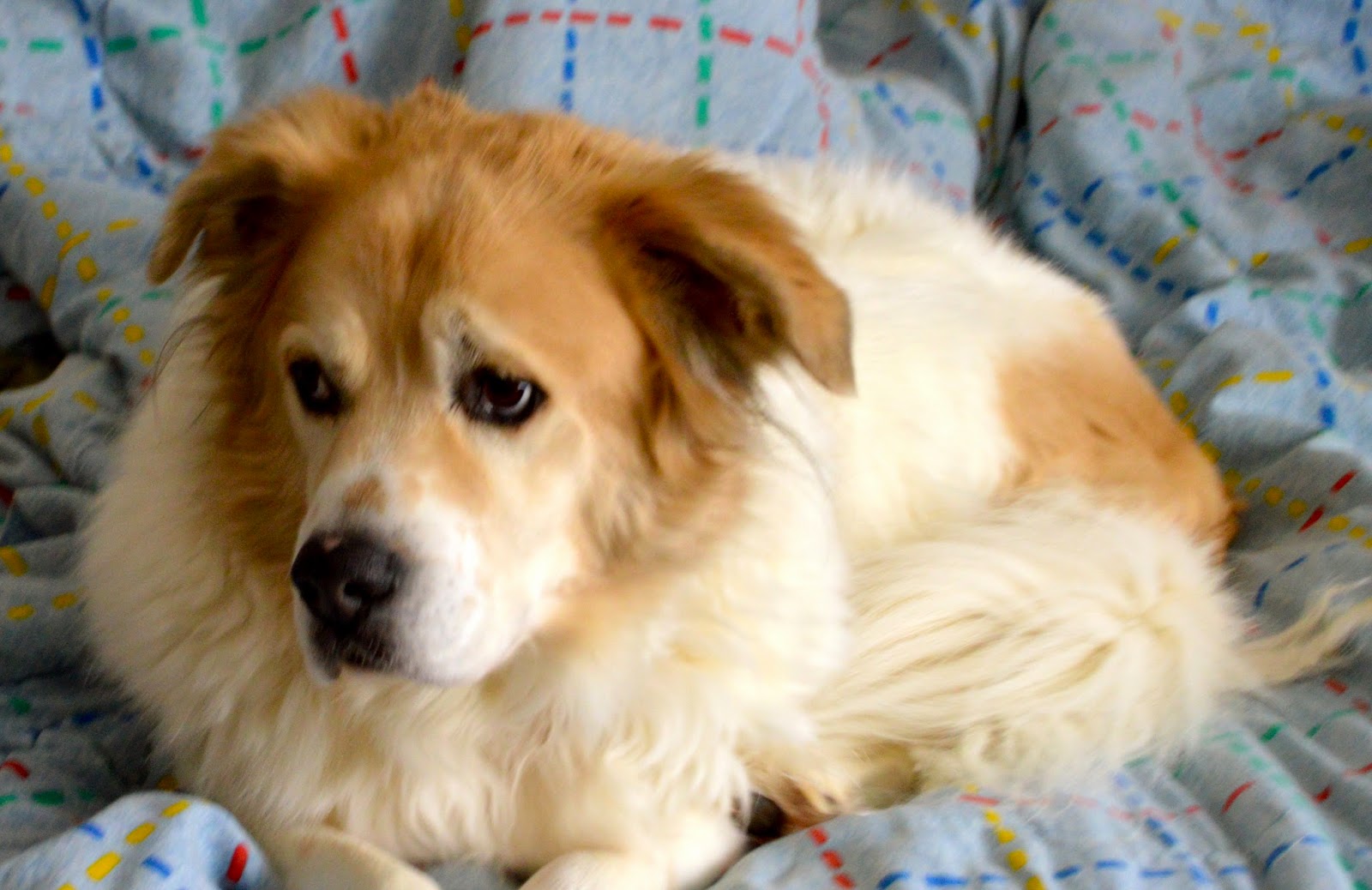 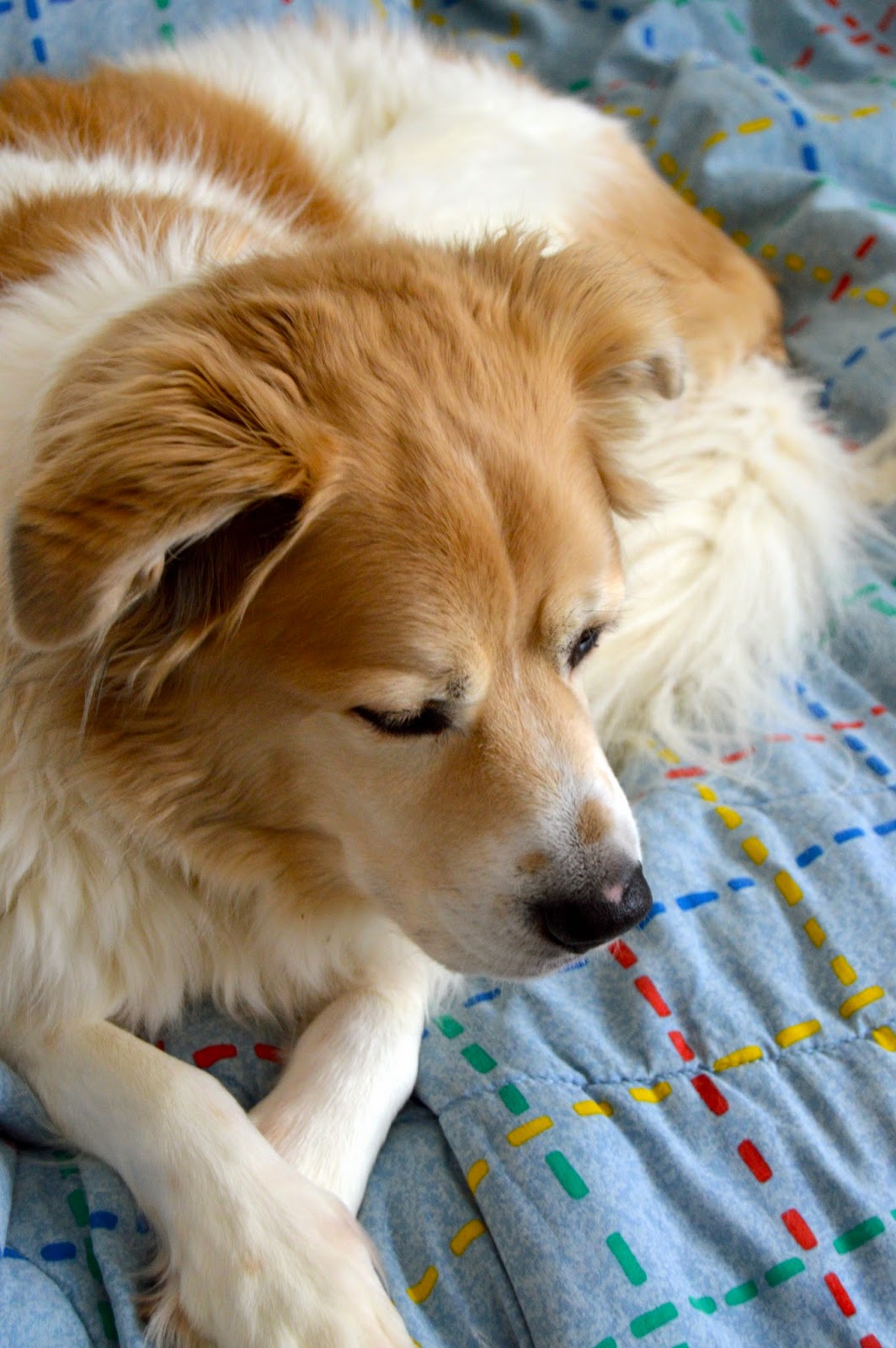 "I'm never speaking to you again."