My original plan was that Fiber Fridays would be about new-to-me fiber, but I stumbled onto a sale and new-to-me colorways. 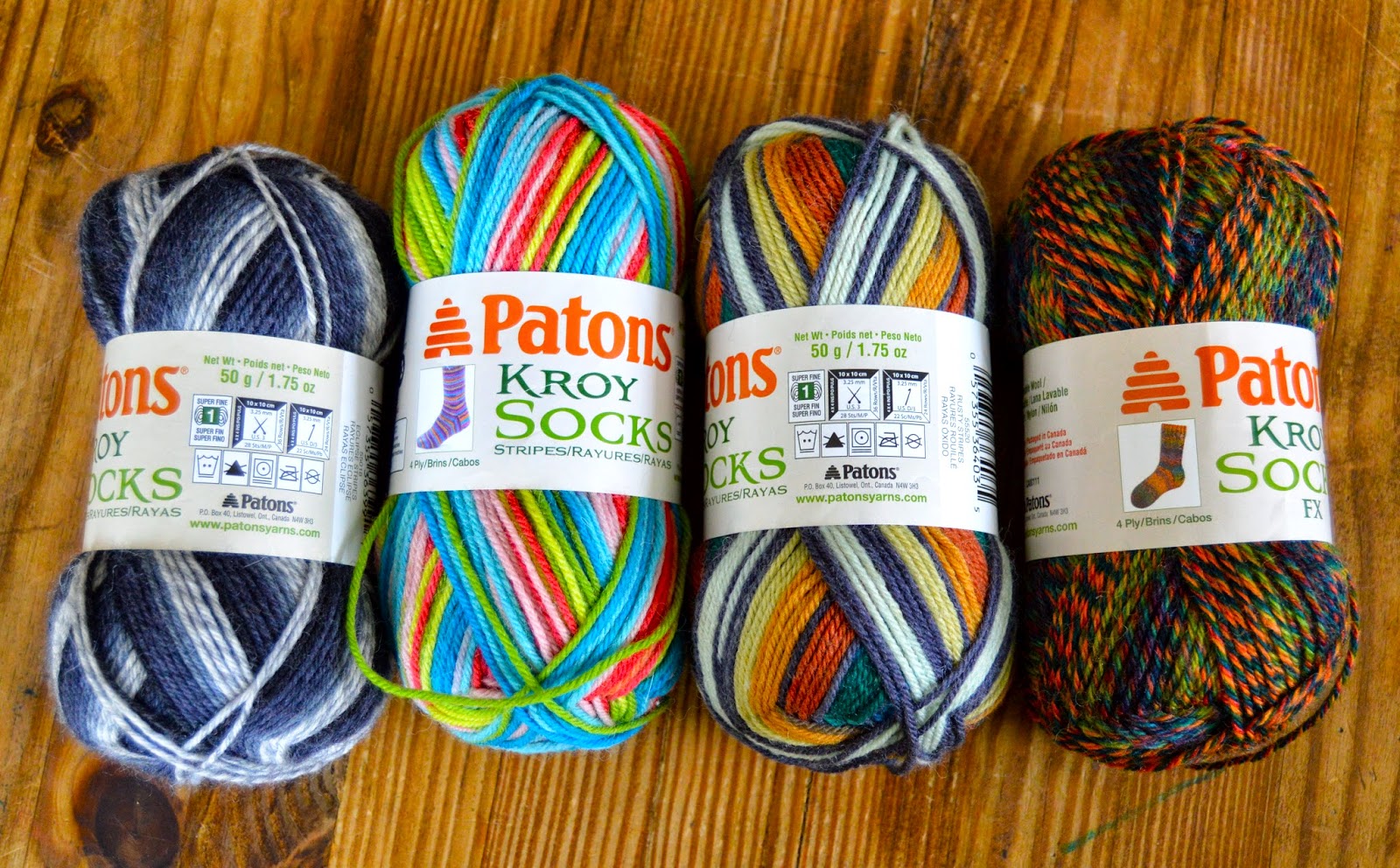 Patons Kroy Socks, think I like it? Hope you answered, "yes."  As far as squishiness and fabric firmness, it knits up like On-Line which I also love, but the Patons Kroy can be found in local big box craft stores which means I can impulse shop and don't have to wait for the mailman.  It's also inexpensive, washes and wears well.

In the picture, the color ways are, from left to right, Eclipse Stripes, Meadow Stripes, Rusty Stripes and Clover.  I'd never seen Eclipse or Meadow Stripes in stores before.  Meadow Stripes will make fun, spring colored socks while Rusty Stripes will make great fall socks.  I've used Clover in five or six previous projects, including socks, so I have no idea what I'll do with this newest purchase but I love the color way so, in my cart it went.  But as much as I love Clover, I think Eclipse may be my favorite.  It's dark and stormy and fits my mood perfectly.

Why is my mood dark & stormy? 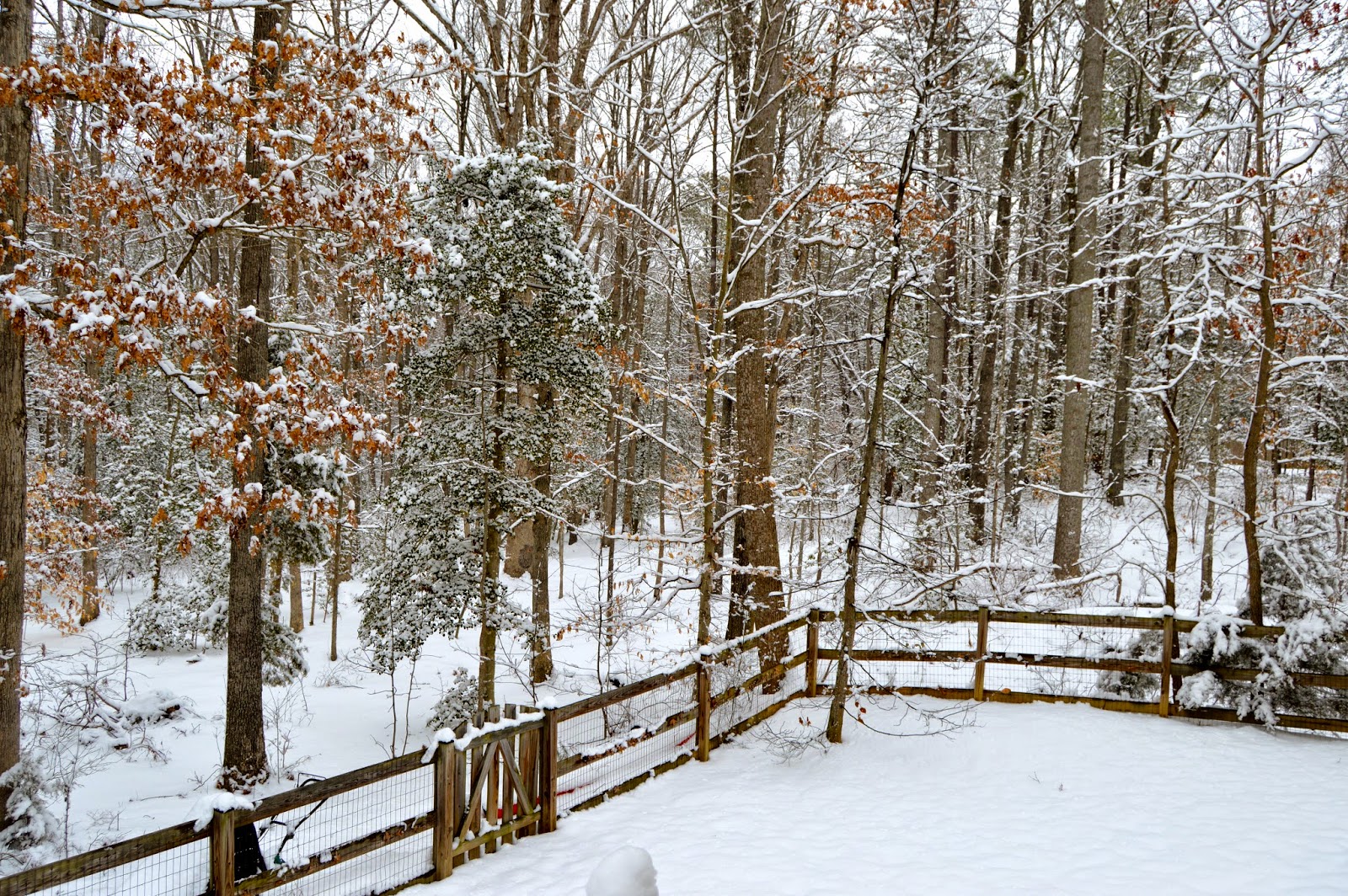 It snowed again.  You'd think, as a lover of all things warm & wooly, I'd love snow, but nope.  I'm just too old for this nonsense.   I really don't know why I'm so bothered by this recent snow.  I don't have anywhere I have to be so it's not like I need to fight the snow plows and crazy drivers.  The kids are old enough to dress themselves so I don't have to spend hours upon hours layering them up to send them outdoors only to spend hours & hours unlayering them 30 minutes later when they come in wet and cold.  We have plenty of food & wine, although we are low on salty snacks & chocolate.  That could be a problem.  I think really, I'm just mad because it snowed during the night and I didn't get to watch it fall.  I do love to knit by the fire while watching snow fall.

In other news, my daughter may have a problem. 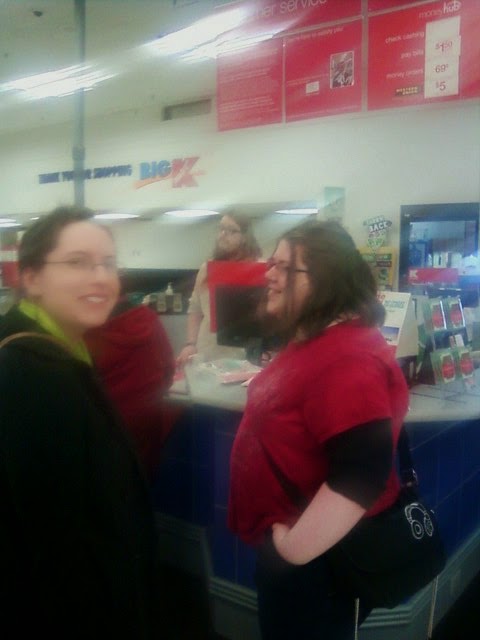 A gambling problem.  Sarah was so excited to turn 18 and be able to legally buy scratch-off lottery tickets.  She bought her first ticket and won $1.  Me, being the dork mom that I am, took a picture of her collecting her winnings.  The cashier thought I was totally nuts.