A blast or a bust?

Happy Groundhog's Day.  Since Mr. Groundhog says we'll be having six more weeks of winter, I'm basically over the holiday & ready to move on.

So... The Super Bowl.  What did you think?  Was it a blast or a bust?  I think I'm going to have to vote bust.  I didn't particularly like either team and had only planned to watch the game for the excuse to have a little uninterrupted knitting time.  Even during the pre-game stuff, I still hadn't decided who to root for.  I was leaning towards the Seahawks simply because I like anything ocean related.  I made up my mind to go ahead & cheer for them during the singing of the National Anthem simply because more Seahawk players were standing with their hands over their hearts than the Patriots.  A great way to pick a team, right?

I guess I should have listened to my gut.  My gut had been shouting that while more Seahawks than Patriots were showing out national anthem respect, the Seahawk coach was gawking around & laughing.  I don't even know why their behavior bothers me so much.  I know that at that point, their heads are all in the game, not on singing a song but....  I guess I just expect better from teams who've reached that professional level.

And that brawl at the end... Yeah, that showed good sportsmanship and professionalism.

And how about that halftime show?  Admittedly, while I like Lenny Kravitz, I'm not a big Katy Perry fan & I'd never even heard of Missy Elliot before.  But that show just seemed ridiculous to me.  Between the Hunger Games look-alike outfit, the giant cat robot, the beach ball boobs & the dancing sharks...  Actually, I kinda liked the dancing sharks.  They were the best part of the show.  Have I mentioned I like pretty much anything to do with the ocean?

And then there were the commercials... Nationwide's dead child commercial was about as dark and tasteless as you can get.  There were a few that I liked but it seemed that the only two that were actually advertising their product & not just trying to pull at your emotions was the foot fungus one & the Budweiser commercial that poked fun of the peach ale drinkers.

All in all, I'd say the game was a bust. 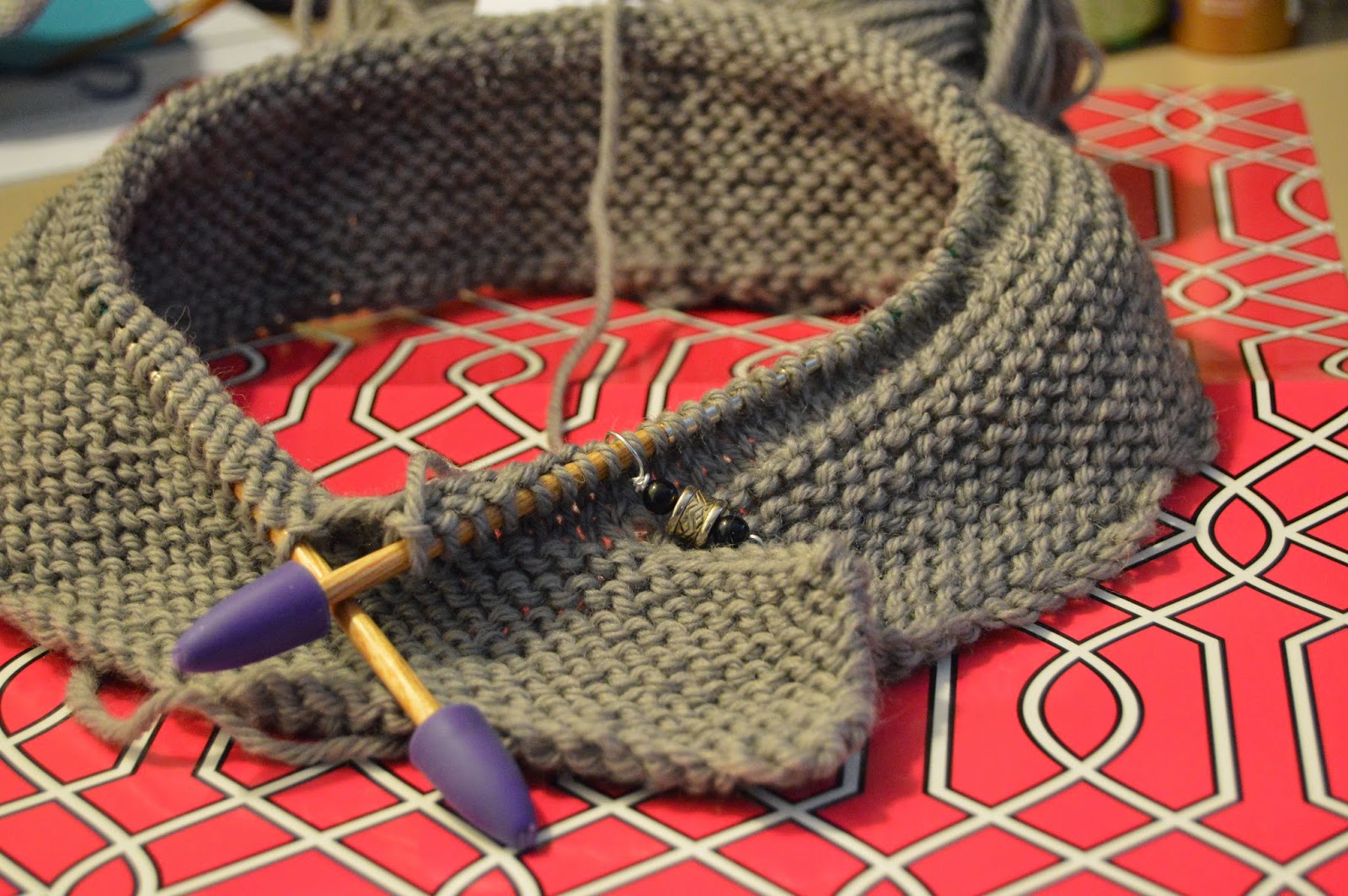 Perhaps it was a bust because I was so busy tweeting about the ridiculousness of the whole thing, I didn't get much knitting done.  I started the hat mentioned in yesterday's post.  If it hadn't been for Twitter, I probably would have come close to finishing it.  I did make a few new Twitter friends though, so not a total bust.