Technically, it's off my needles, but #todayonmyneedles... 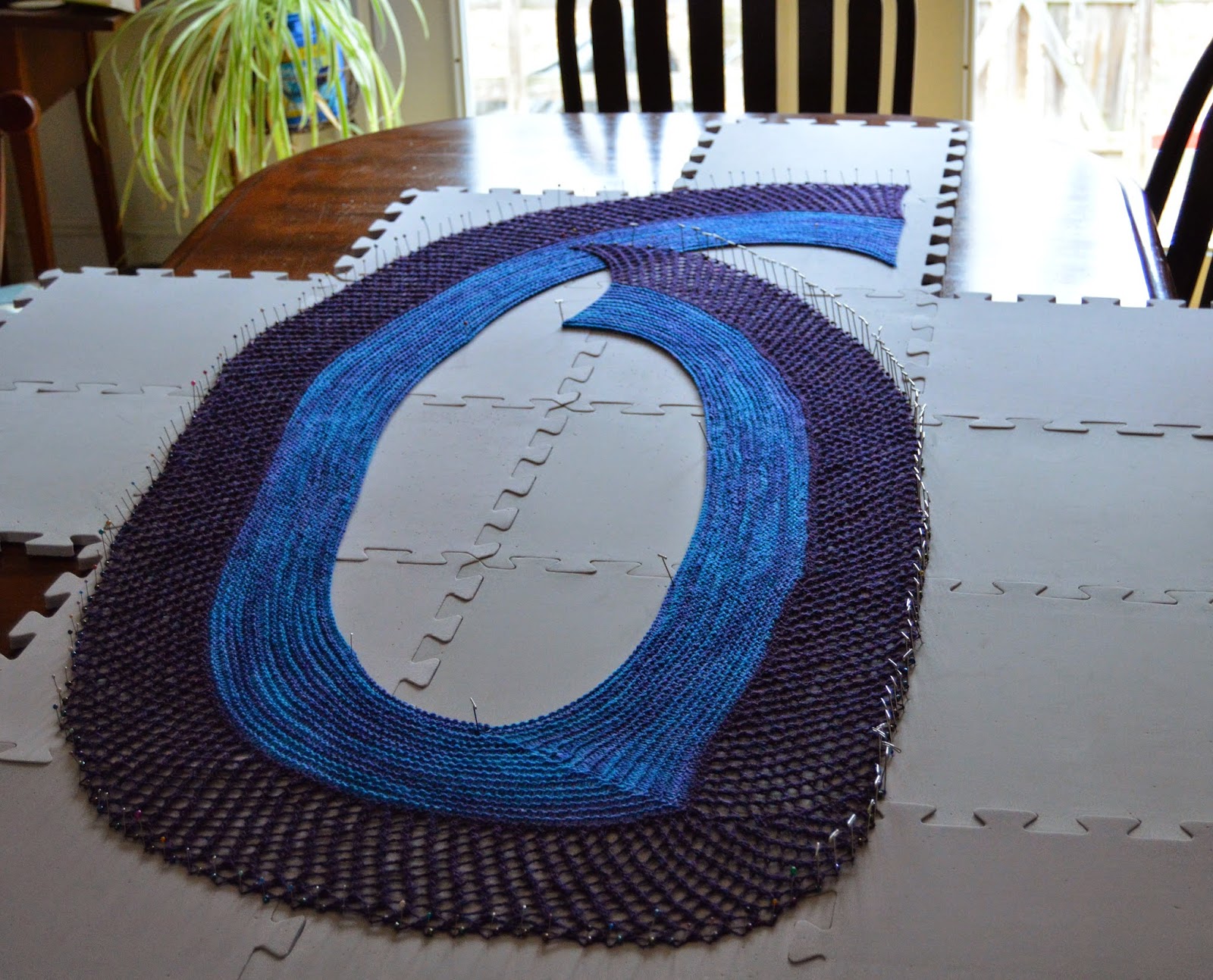 And now, looking at the picture, I'm seeing about 50 places where I need to go fix the pins.  I swear it was nice and evenly curved before I got out the camera.

Meanwhile....  Zack went to the hand specialist yesterday.  Super nice guy, except I wish he hadn't explained the break quite as well as he did.  Apparently, the accident Zack suffered, with his thumb being crushed between one stationary bowling ball & one extremely fast moving bowling ball correlates exactly, as far as impact goes, with a human being smashed between a stationary tractor trailer and another tractor trailer moving at 60 miles per hour.  I can't quite get that visual out of my mind now.  Thanks, doc!  The good news, however, is that Zack should regain full use of his thumb after four weeks of three times a week physical therapy.  Good Lord!

And, to add just a bit of excitement to our lives, remember when the front end of Zack's truck was missing the engine & looked like this? 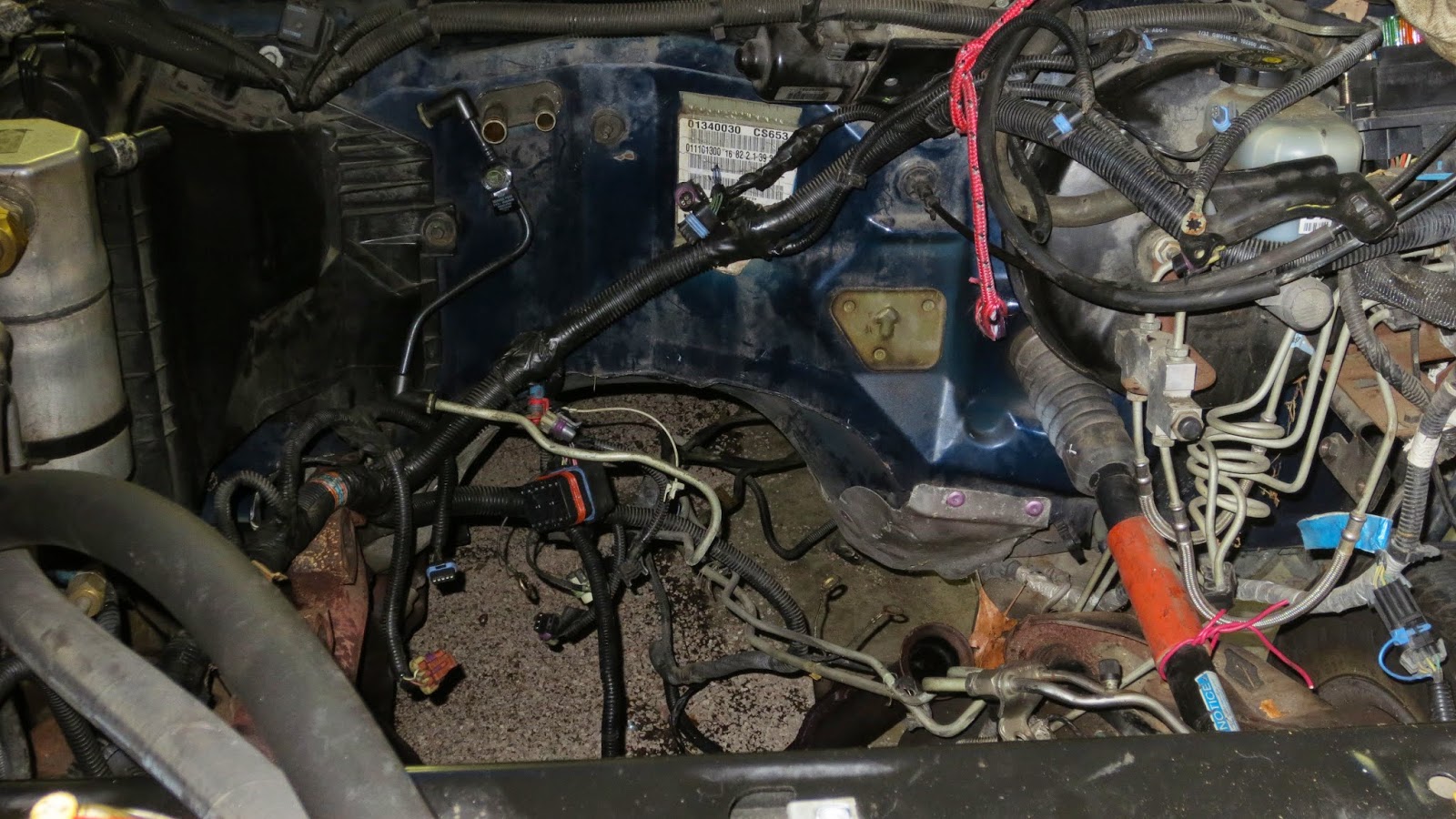 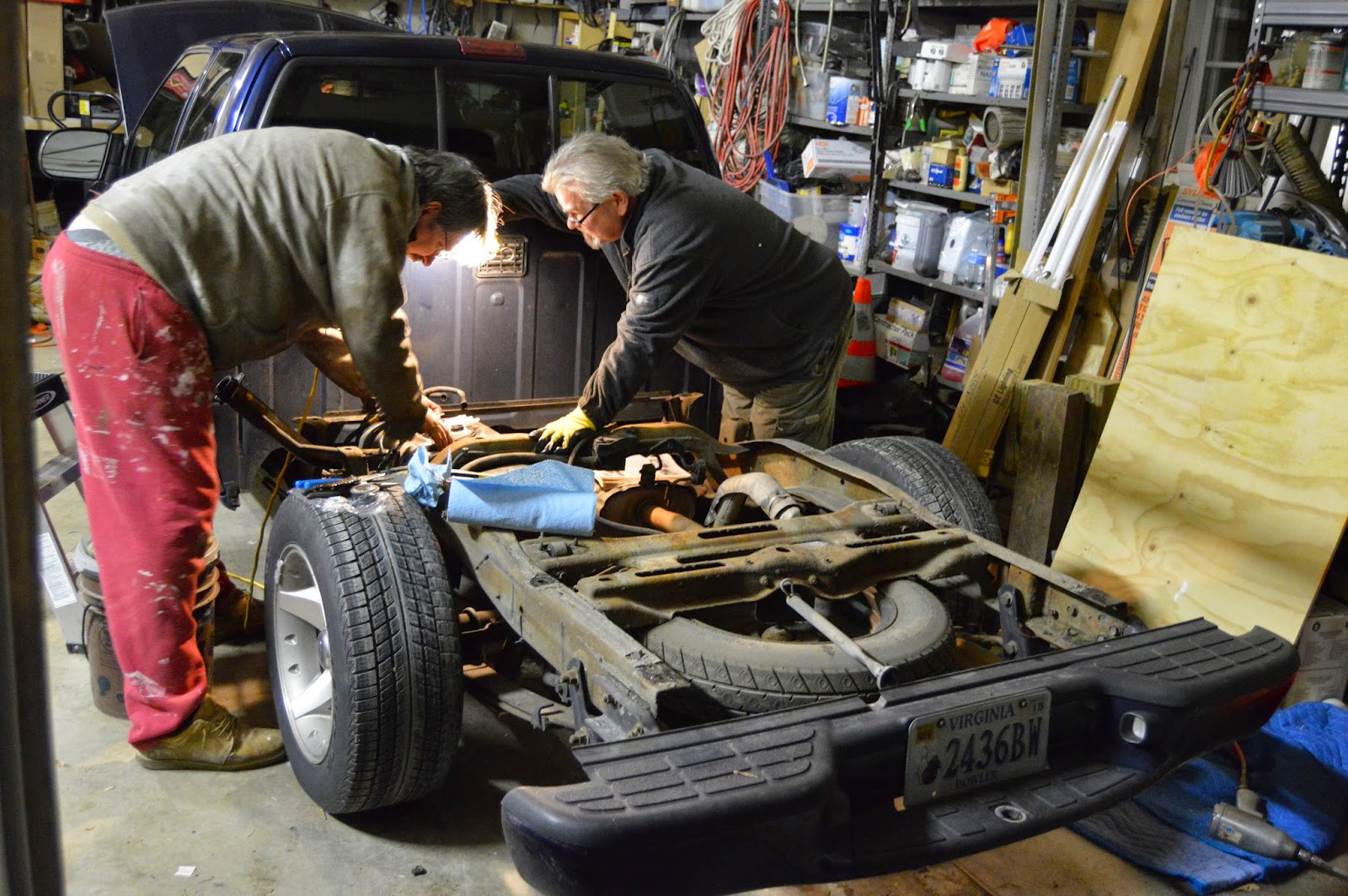 The fuel pump died and apparently, it's easier to take the whole truck bed off & replace the pump from above than from below.  And, as luck would have it, the new fuel pump was a bad one.  Good Lord.  Apparently it's a very common thing for fuel pumps to be bad right out of the box.  It must be true because this is the third time it's happened to us.  Third!  Good grief!

Okay, well, I'm off to go shop for flexible blocking wires & to look for mohair scarf/shawl patterns on Ravelry.  Some mohair magically showed up in my mailbox recently and last night I had nightmares about knitting with it during the hot, humid, summer months.  That's one dream that I refuse to allow to come true.
Posted by Jeannie Gray Knits at 1:45 PM