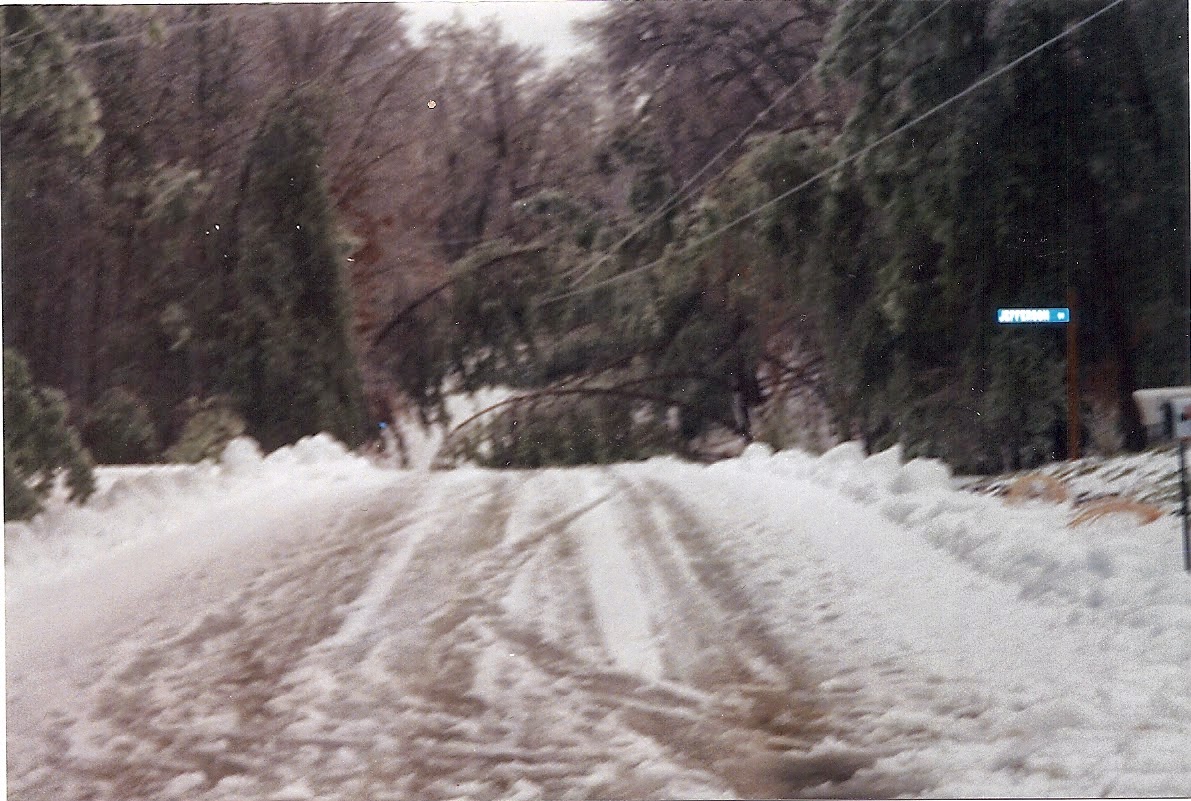 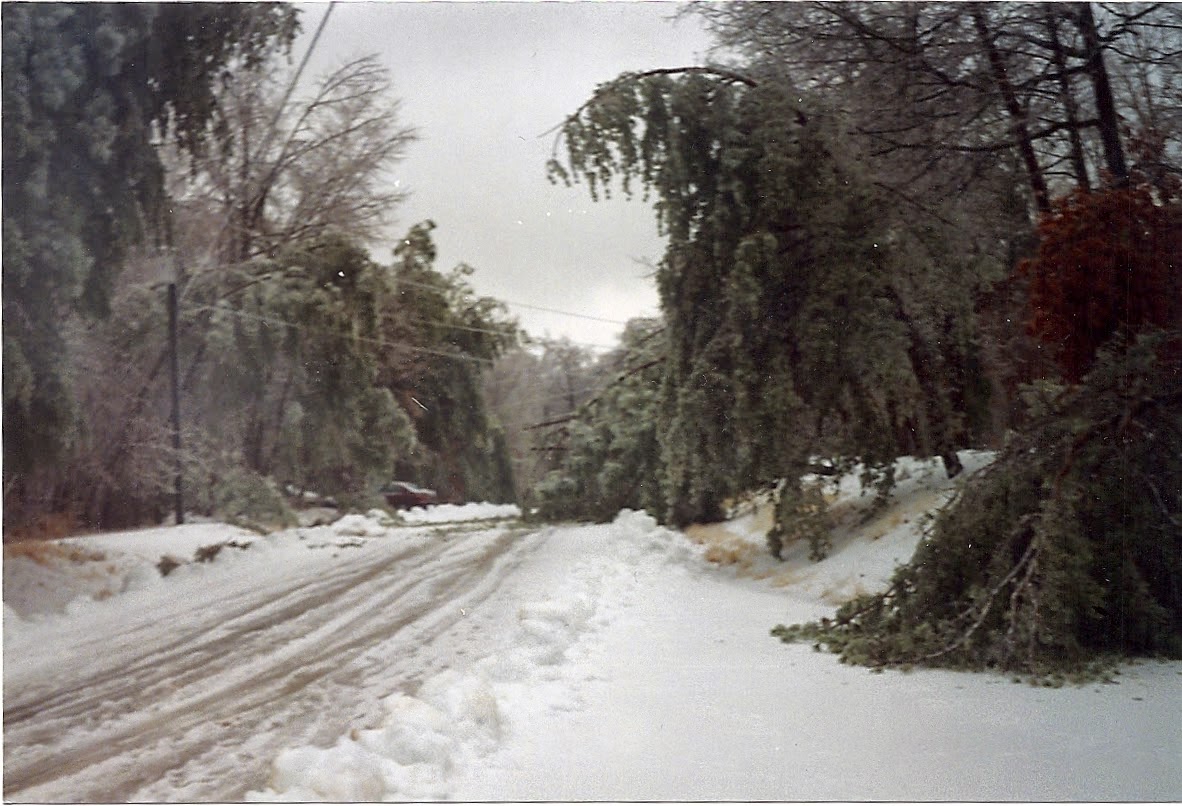 During our married life, Mike & I have weathered some storms, but this ice storm was probably the most miserable one.  Part of the problem was that the storm wasn't predicted.  No one was prepared.   Adding to that, we had just finished building our house & had moved in a few days before the storm hit.  Because we'd been living in temporary housing while we built, all of our belongings had been in storage.  When the storm hit, practically everything we owned was still in boxes.  Boxes that had been in storage so long we didn't remember packing them.  In other words, we had no idea where anything was.  We also didn't own a single candle or a match.  Our new house did have a fireplace, but we had no wood to burn in it.  In anticipation of the move, we hadn't been to the grocery store in a very long time.  We were pathetically unprepared.

The morning the storm hit, we woke up to the sound of pine trees cracking.  By mid afternoon, the power was out.  Not long after dark, when we were starting to think we might freeze to death in our own home if we didn't kill ourselves first by bumping into things we couldn't see in the dark,  there was a knock on the door.  A neighbor, Thomas (who turned out to be quite a character & there are thousands of Thomas stories I could tell,) wanted to trade something for booze.  Did we have booze & what would we want for it?  We were back in business!  We had booze.  We told our sob story (with frozen tears) to Thomas, gave him a six pack of beer & sent him on his way.  Not long after, neighbors we'd never met started showing up bringing us blankets, lanterns, candles & a few things to eat.

At some point, Thomas showed back up & asked if we would return the favor & help out the neighborhood.  So, for the next 18 hours or so, we walked a circle about a mile long cutting trees out of the roadway.  I had no clue how to run a chainsaw, but I tagged along anyway.  We walked the loop over & over again, ducking falling trees & power lines & cutting our way forward.  As we moved forward, trees continued to fall behind us.  It was cold & miserable, but we met lots of neighbors, formed a few lasting friendships & stayed warm (dragging trees out of the road is hot work!) and entertained.

When the sleet & freezing rain finally stopped, we had 13 inches of ice on the ground. We were without power for four days, which is just a blip on the radar compared to some storms we've dealt with, but those other storms were hurricanes & we didn't have to worry about freezing to death.  The roads were so impassable that the National Guard had to hike food, water & medication in to people.  It was a little scary to look out the window & see the military marching by.  But what was even scarier was watching them hike stretchers in & out because the ambulances couldn't navigate the roads.

While I love a good snow storm, I hope & pray I never have to experience anything like that ice storm ever again. 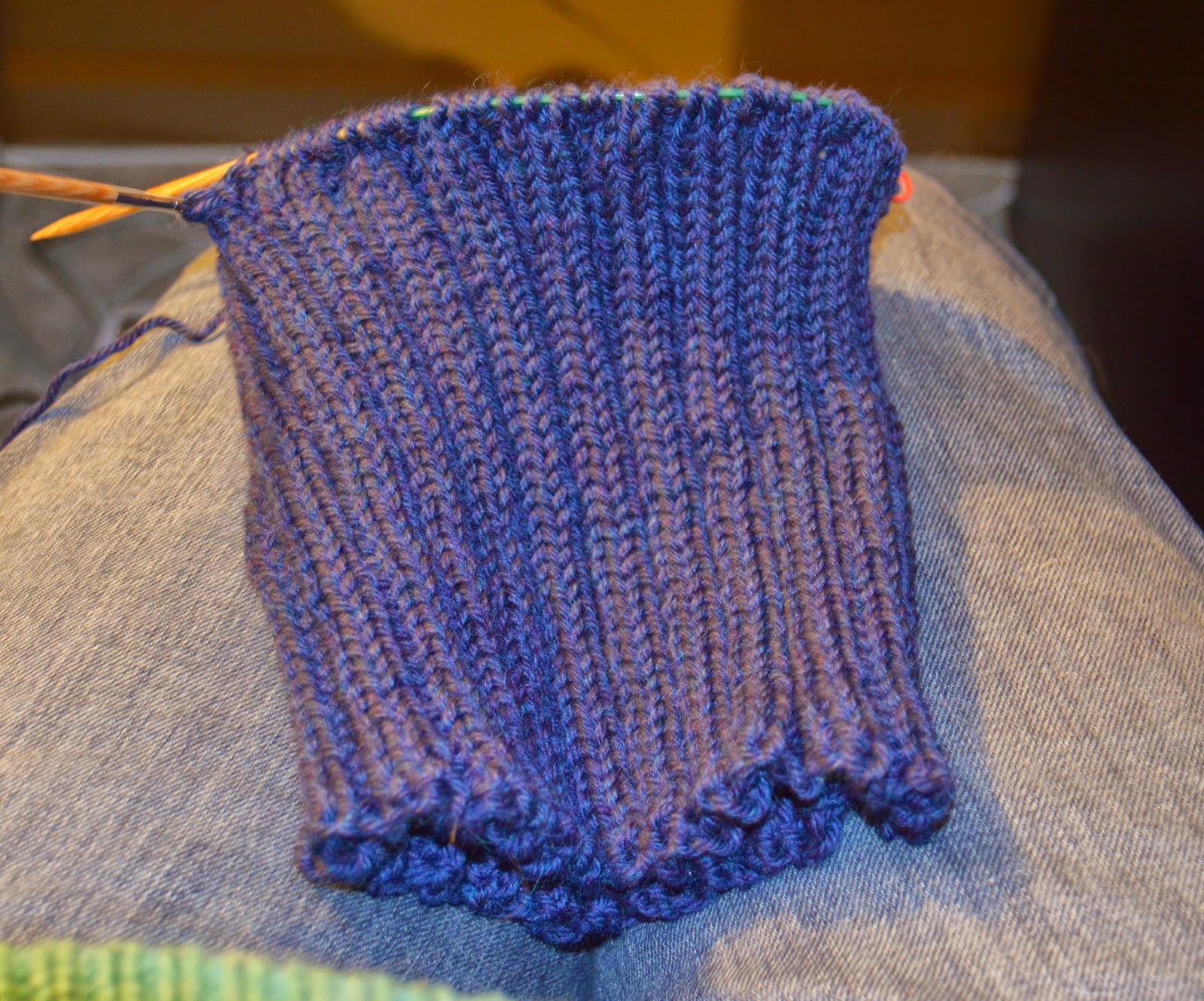 Posted by Jeannie Gray Knits at 8:00 AM