Today's post is pretty pointless but I've skipped a couple of days & didn't want to let another day go by without posting.  So... 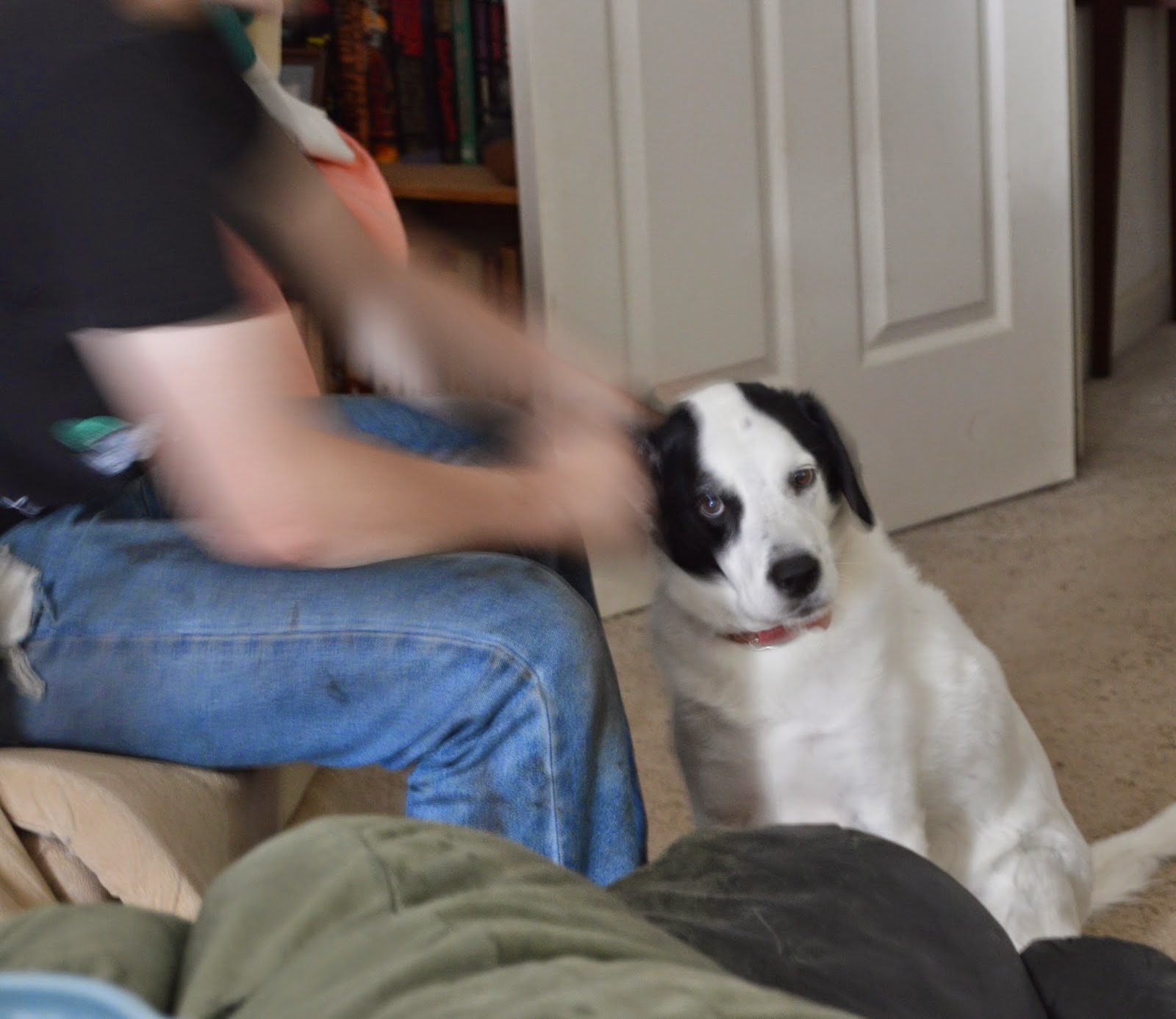 Sadly, that's about all the news I have today.  I did finish the mohair scarf cowl yesterday afternoon.  I decided I was too lazy to add beaded fringe and it looked too plain without it so I sewed the ends together & called it a cowl.  It fits me perfectly but I'm not coordinated enough to photo myself wearing it & the dear daughter is being uncooperative this evening, so no pictures.

After finishing the scarf cowl, I started a ear warmer/headband type of thing.  This morning, I woke up & hated the headband & ripped it.  I grabbed a sock out of the UFO basket and decided that I really should have checked my gauge before casting on & it was going to be large enough for me to put both feet into it so I ripped that as well.  I really like the yarn though so I decided I'd knit a hat with it instead.  I sat at the Physical Therapist's office with my son all day and knit & knit & knit.  I got home this evening, and decided that the self patterning sock yarn was definitely meant to knit socks with, not hats.  The patterning wasn't patterning at all, it was simply a mess of color.  So rip, rip, rip I went.

I have nothing on my needles.  Nothing!  Well, nothing as long as I don't glance over there at the unfinished project pile.  I don't dare take anything out of that pile for fear of ripping that out too.  I'm in a knitting funk.  It's an ugly place to be.
Posted by Jeannie Gray Knits at 10:19 PM

Email ThisBlogThis!Share to TwitterShare to FacebookShare to Pinterest
Labels: knitting