I'm in total panic mode.  I've been waiting & waiting to hear back about the seasonal/summer job and I finally got the job offer email yesterday.  Now, I'm in total panic mode.  I'm not ready to go back to work.  I have too much to do!  Mainly because I have spent the entire winter binge watching Netflix and knitting instead of doing all the things on my list.  Crud.

I have gotten one thing done though. 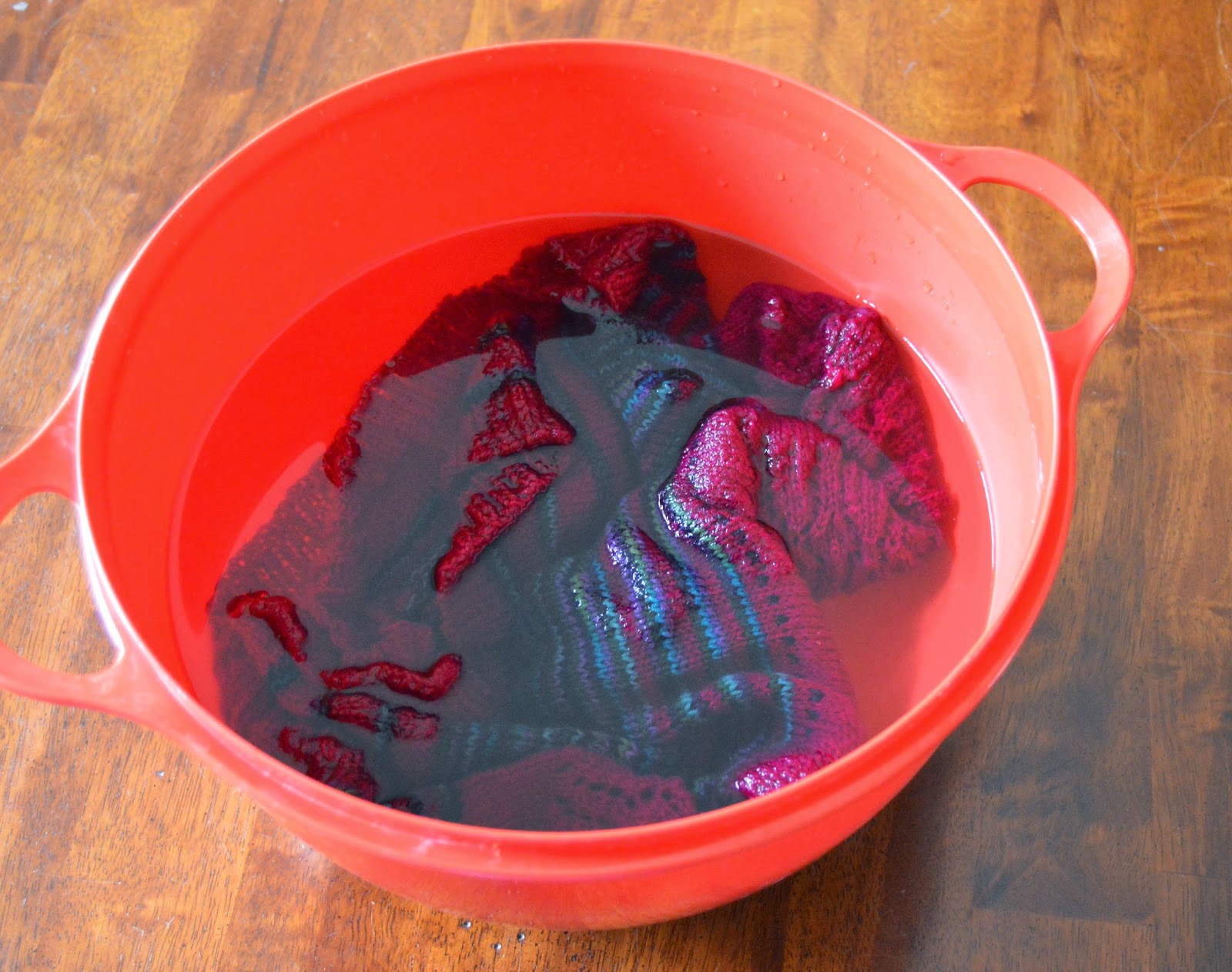 My It's Only Make Believe cowl has been soaked, washed and blocked. 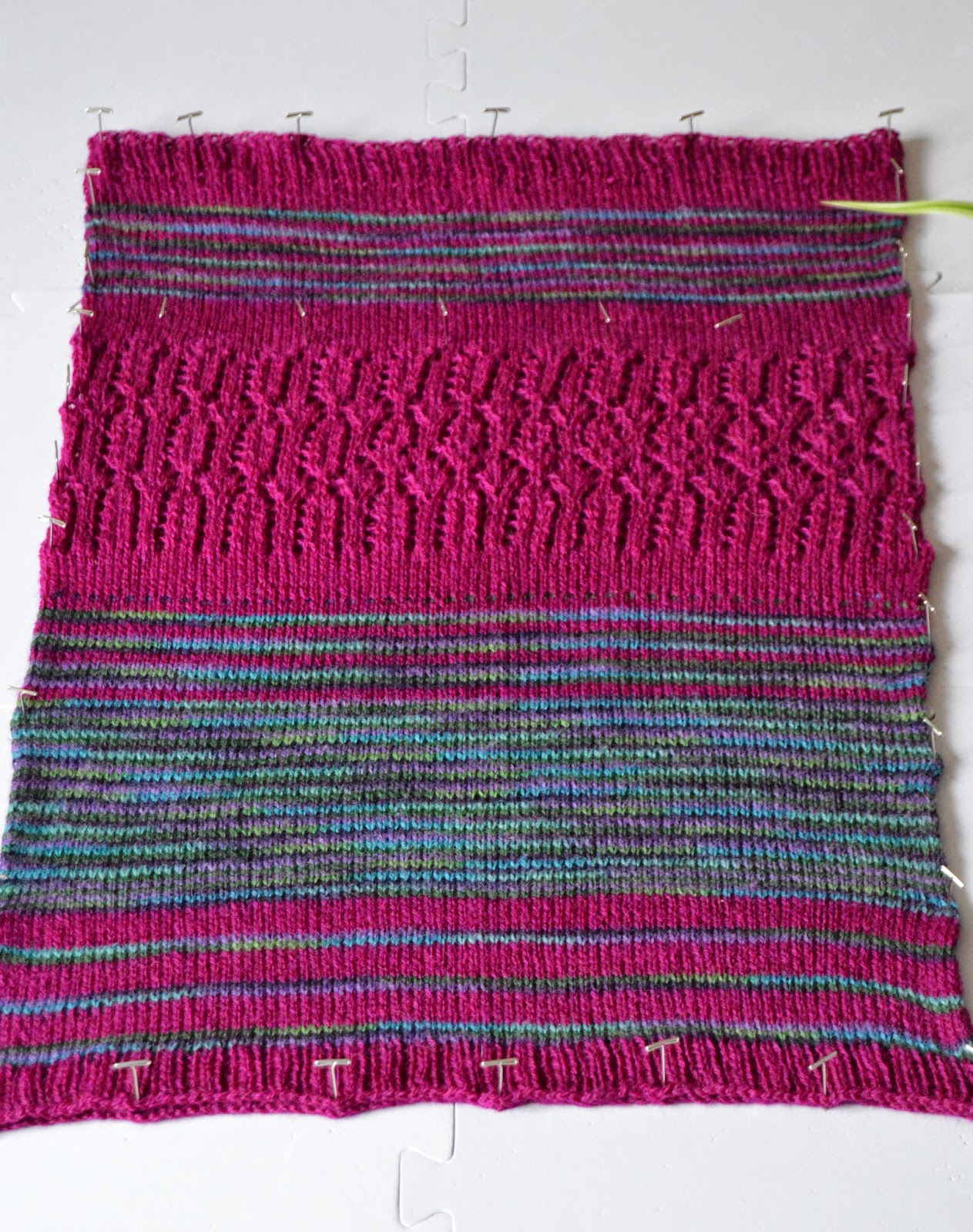 It's a little too magenta for my taste, but I love the yarn combination.  It was knit with two Knit Picks yarns, "Fairy" Palette and "Make Believe" Stroll Fingering.  I used my #3 Knitter's Pride Karbonz interchangeable needles which won't stay attached to the cord.  I've got a few pair of needle tips (from various manufacturers) that won't stay screwed to the cord.  They are really frustrating to knit with & I should probably contact the company, but that would take time away from knitting and it's just easier to continue whining about it.  If it wasn't for the unscrewing problem, I'd love the Karbonz needles though.

By the way, someone asked me if I get paid to mention Knit Picks since I talk about them so often.  I don't.  I just have them on speed dial.  I'm considering having one of those tube systems installed, like at the drive through windows of banks, so they could just instantly shoot me my yarn. 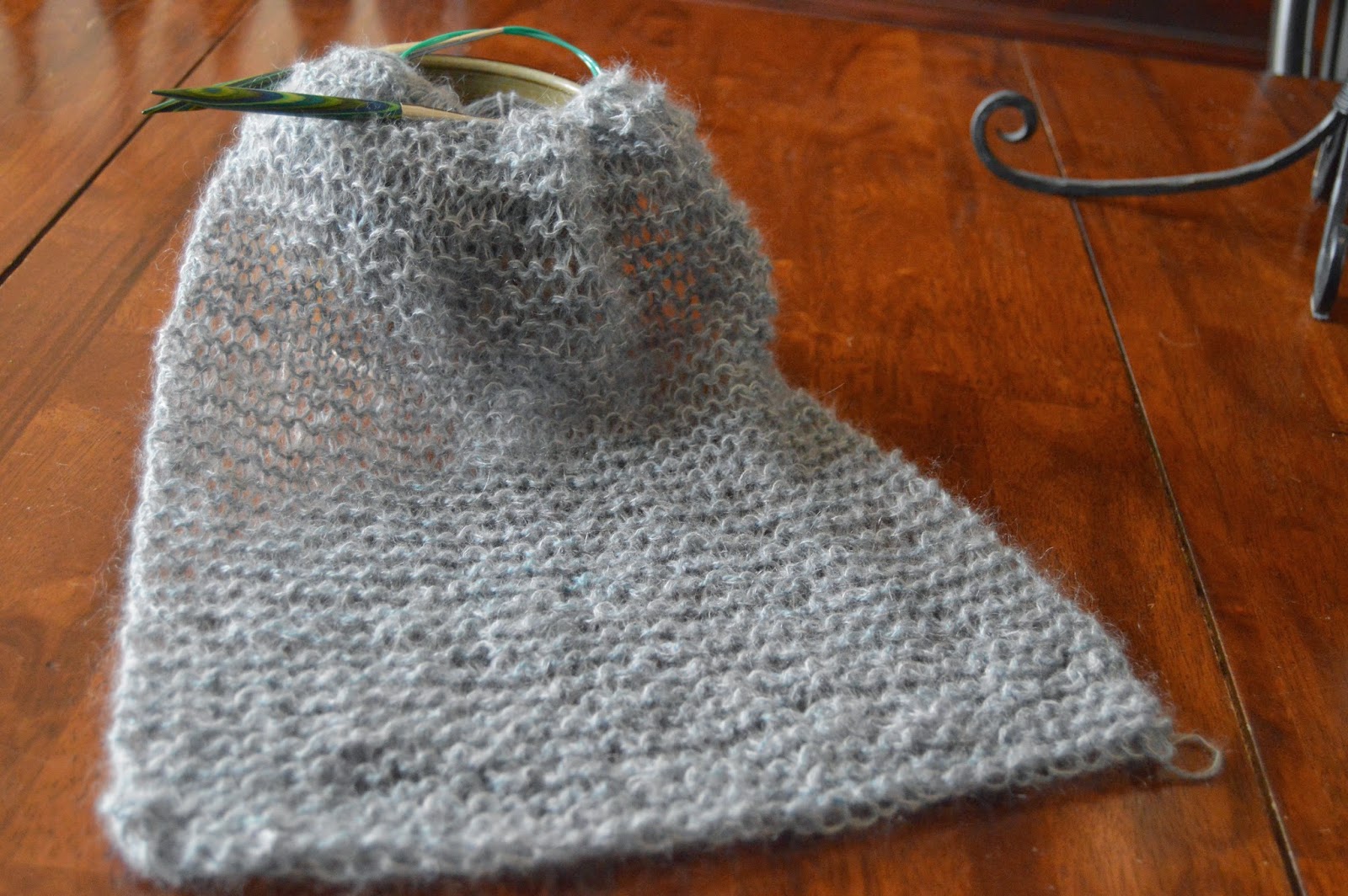 The mohair scarf is growing.  I'm knitting it with, surprise, surprise, Knit Pick's Aloft in Silver and Shadow lace weight in Opal Heather held together on #11 needles.  The whole scarf will be simple garter stitch.  My original thought was to add a beaded fringe but I'm not sure.  I worry that the beads would pull it out of shape.  Plus I hate adding fringe.

The scarf is sort of a dull gray that perfectly matches the weather we've been having lately.  The silver Aloft adds just a bit of brightness to it though & gives it a frosted look.  Which is also perfect for our weather.  We are supposed to get snow this weekend.  It will probably blizzard.  The freezer isn't exactly stocked and we are almost totally out of bread.  That tends to mean that a forecast calling for light flurries will turn out to be a foot of snow.  We are well stocked on toilet paper though so there is hope. 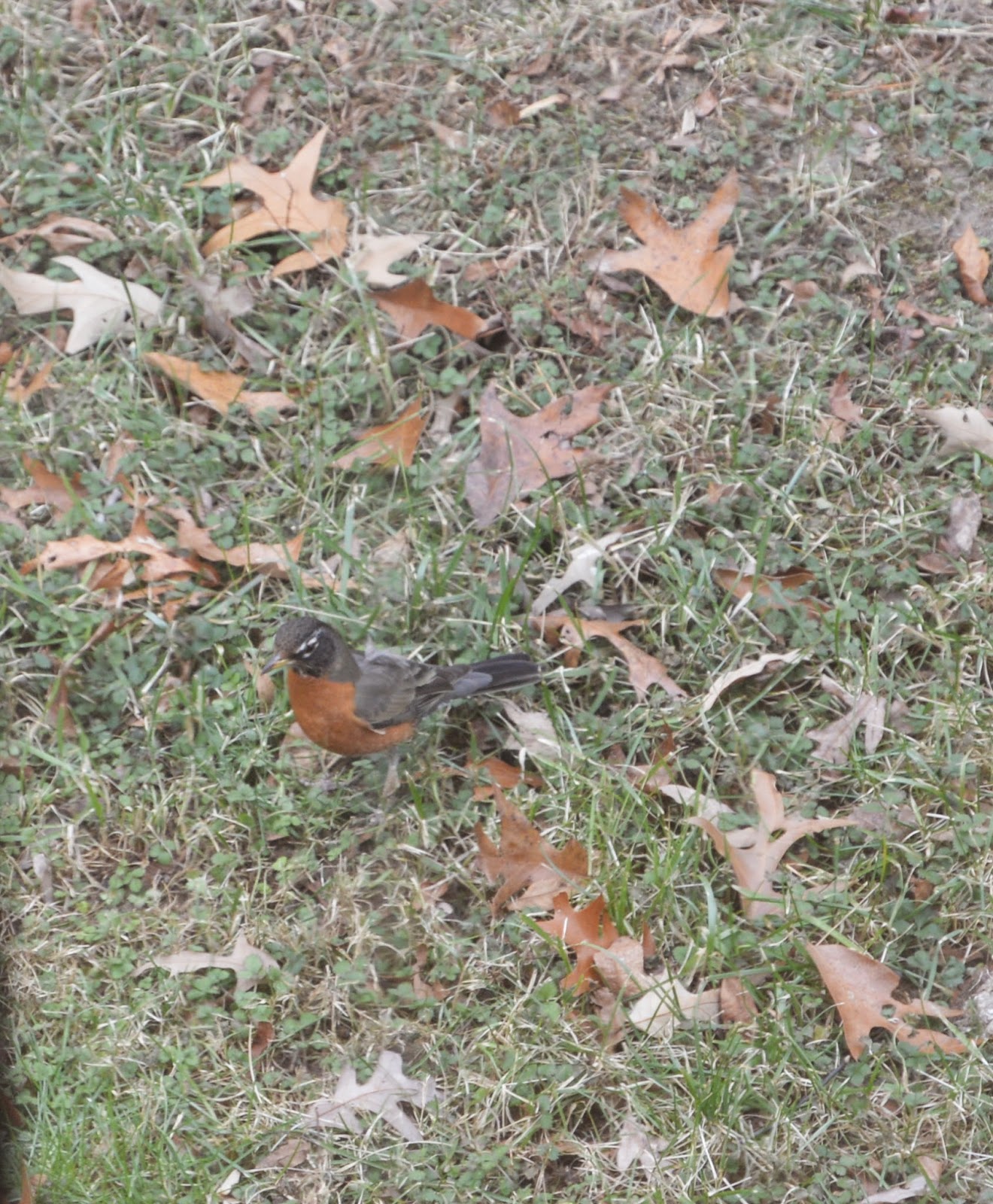 Meanwhile, Minnie is pouting because I wouldn't let her have a ham. 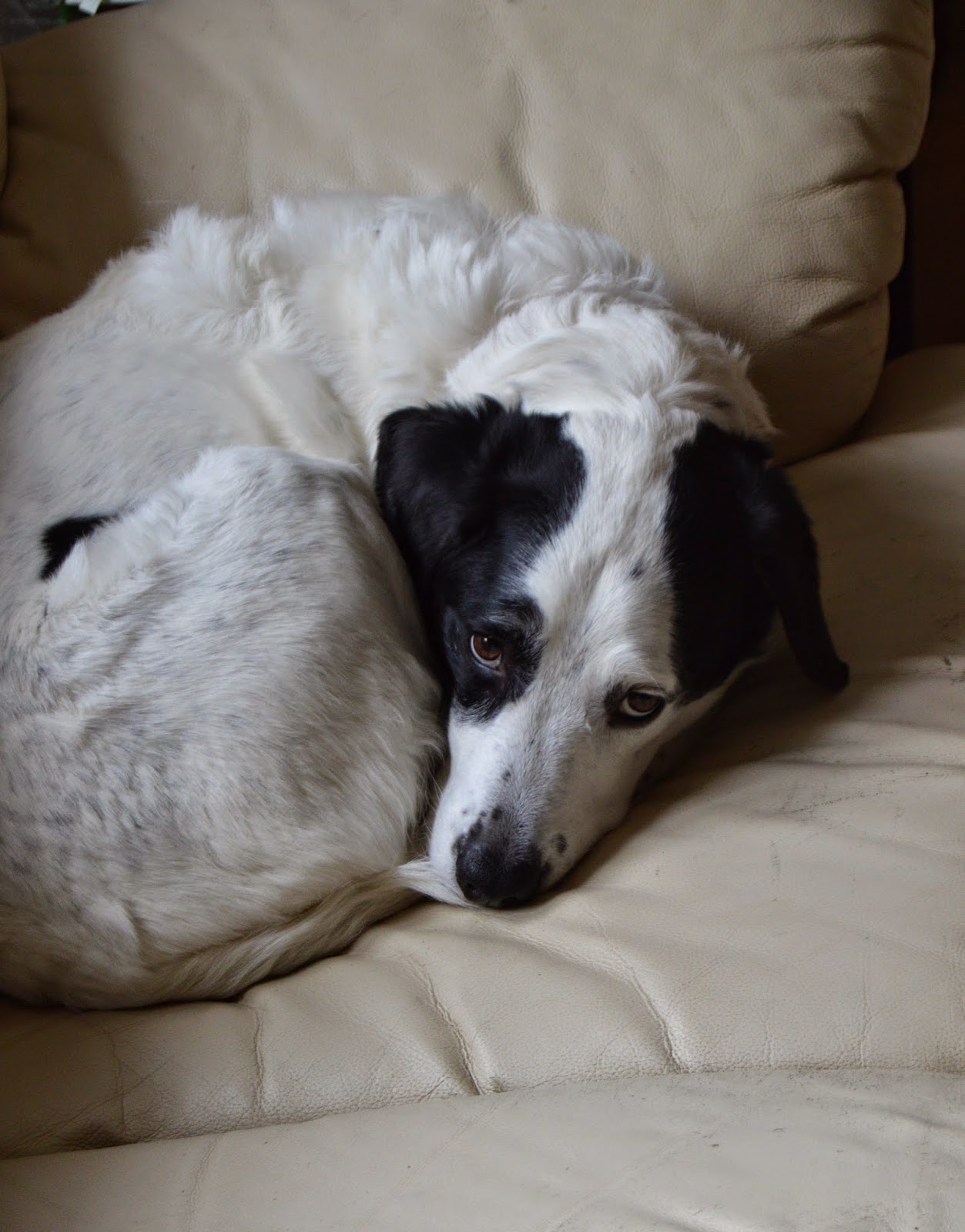