So, yesterday was miserable.  Our "high speed" internet service has been slower than molasses lately.  So slow in fact, I'm pretty sure I could Google something than walk to the library, use the card catalog, find an actual book, look something up then walk back home before Google finished giving me the first page of items to choose from.  It's been very frustrating and a LOT of cursing has taken place over the last several months.  And yes, it's been going on for months.  I married a procrastinator.  What can I say, great minds think alike.

So, yesterday was the painful day where we unhooked our modem & took it to exchange it for a newer, faster one.  So, we were without internet for almost seven hours.  Don't even ask why it took so long.  My dear sweet husband ran the errand and his dearer & sweeter friend tagged along.  I don't know what the two of them do when they get together, but they are slower than a knitter in a fully stocked yarn shop.

But, our internet works now.  I'm pretty dang excited!  Actually, it's working so well I'm a little worried.  Since it now only takes a few minutes to do something that took three hours last week, I have a little more time on my hands.  I sure hope no one expects me to use that time to do the housework. 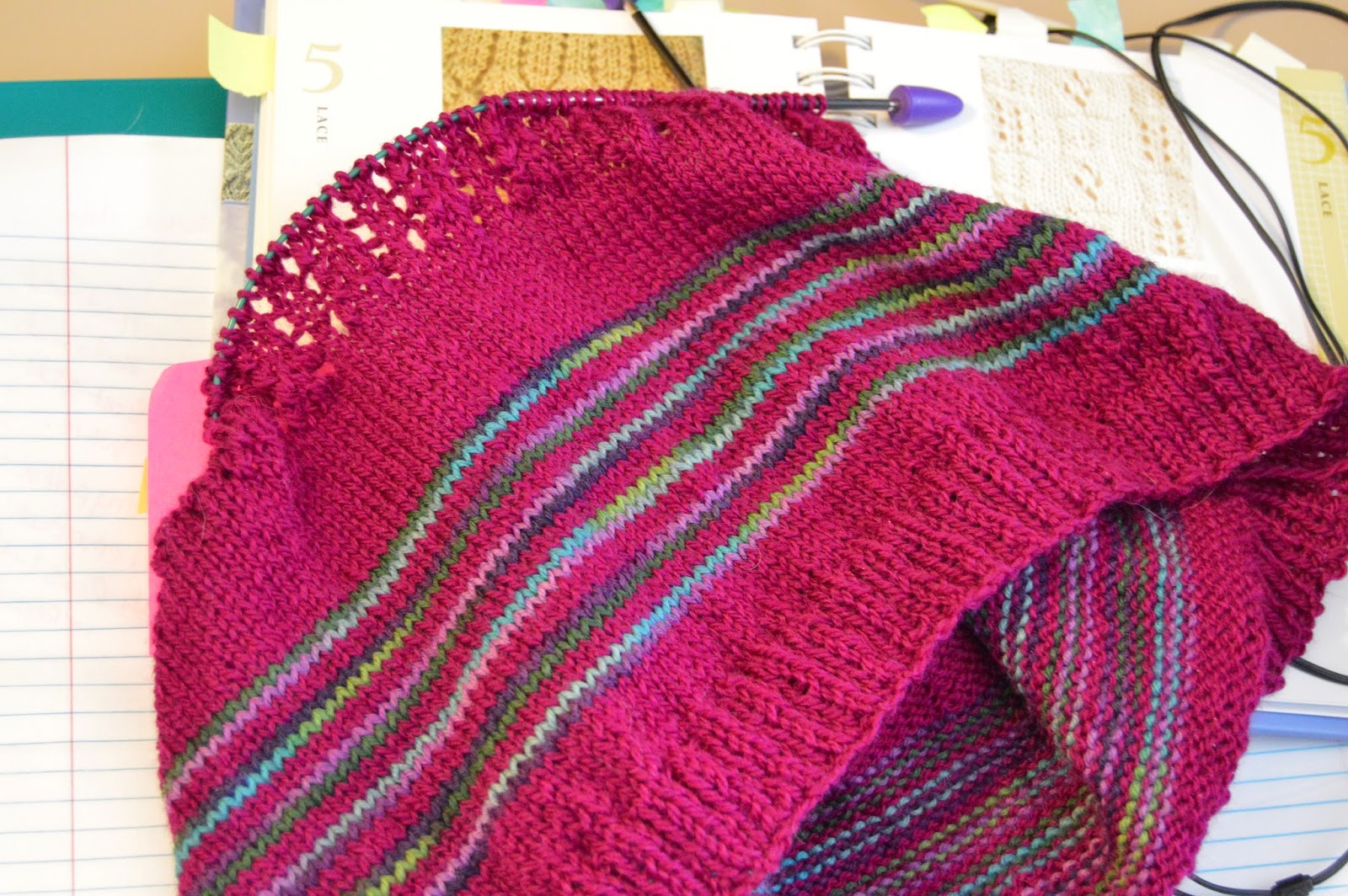 Can you guess what it will be?  It's going to be a cowl.  The other day, a picture passed by my screen (probably on Facebook, but I really don't remember) of a super long cowl knit in different patterns using three colors of yarn.  I didn't follow the link to the pattern, but the image stuck in my brain.

I'd bought the yarn I'm using with the intention of knitting a shawl, but you know how my intentions turn out.  I decided instead, I'd knit my own version of the cowl I'd seen.  So far, I'm loving it.  It's the perfect non-pattern for a knitter with ADHD.  Since there is no real pattern and the idea is to change stitch patterns occasionally, I knit a while, get bored with what I'm doing then do something  different.  It's awesome!  The only not so awesome thing about it is that sometimes I knit something that looks horrible & I spend a while ripping it out and starting over.  And that explains why I haven't made more progress.  I've actually knit about six more inches than what's there.  Also, the yarn isn't quite as magenta colored as it looks in the photos.  In real life, it's a slightly deeper purple.   If it ever warms up above 10 degrees, I'll see if an outdoors photo gets it any closer to reality.

By the way, we live in Virginia.  It's the "South".  Why is it 10 degrees?  Don't get me wrong, I'm all for a good cold snap.  The cold kills off the mosquitos & supposedly helps with the stinging nettles in the ocean (according to family lore) but multiple days of 10 degrees?  Is Mother Nature trying to kill of the cockroaches too?
Posted by Jeannie Gray Knits at 11:31 AM