My son, the alien

Well, I'm pretty sure my son is an alien.  We went back to Patient First last night to have his broken thumb rechecked as per the doctor's instructions.  He still can't bend the thumb & it's still slightly swollen and neither of those things should be happening based on his age, health & standard healing times.  They x-rayed him again and uh-oh.  The break was worse than they originally thought and now he gets to go visit a hand specialist.

But the alien thing....  they showed us his x-rays, both last night's and the original one, and good Lord!  My son has alien fingers!  I've seen x-rayed hands before, but I have never seen such long, skinny fingers in all my life!  Zack has alien hands!

And to give Patient First credit, because of the swelling in the original x-ray, you could not see how badly broken Zack's thumb is.  Last night's x-ray clearly shows that the break extends from one bone, through the knuckle & into the next bone.  So, a hand specialist & PT is in his future.  Thumb PT.  The mental image is almost as funny as his x-rays.

Btw, if you ever feel the urge to visit Patient First, go on a Saturday night.  The doctor we'd seen on Dec. 26th suggested we come back for the re-check on a Saturday evening because they were typically less crowded and boy, was he right!  On 12/16, we were in there for almost six hours & it was standing room only in the waiting room.  Last night, a Saturday, there was us & two other patients.  We were in & out of there in well under an hour. 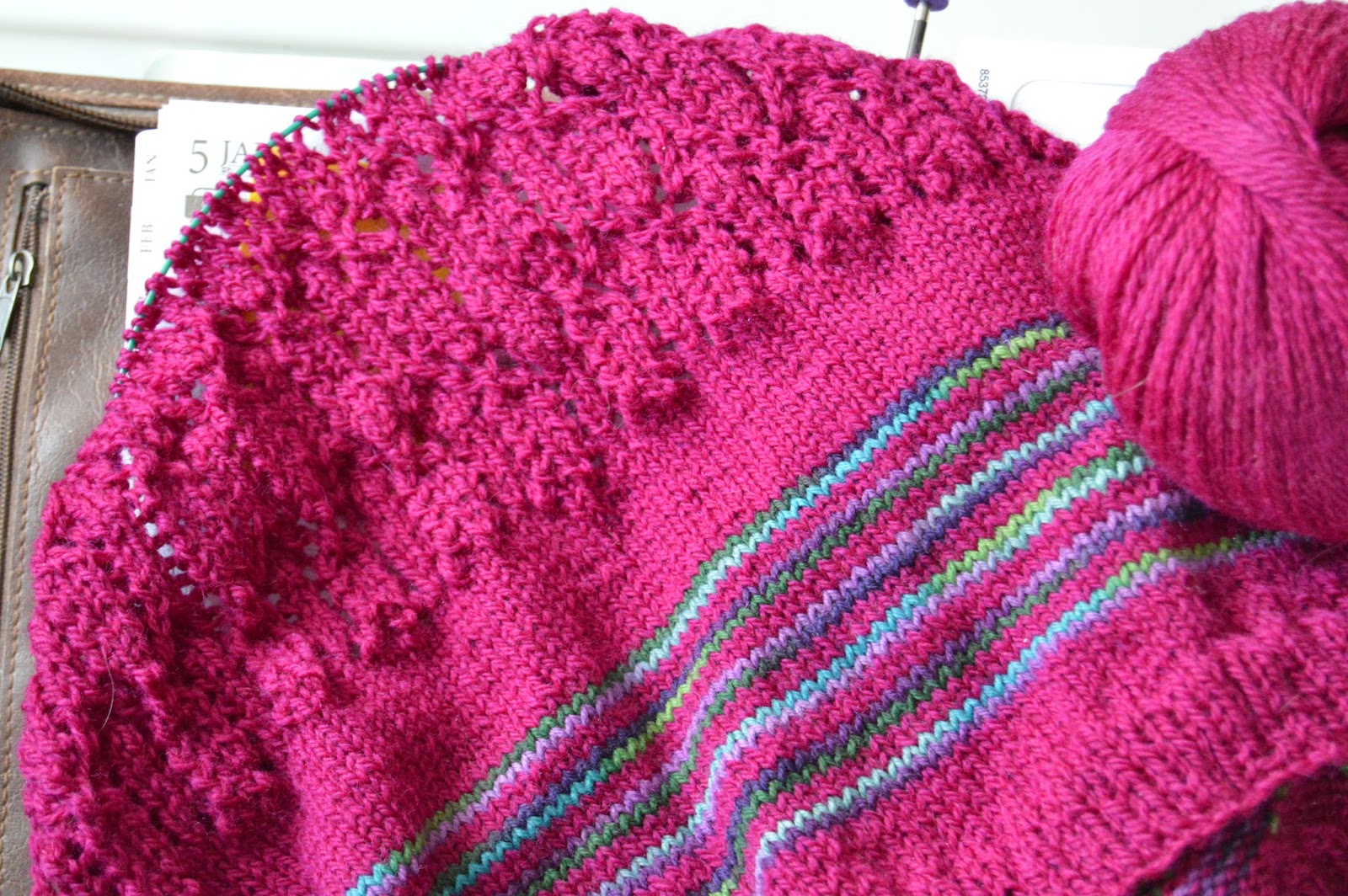 Yes, it's still showing up as a weird shade of magenta.  And yes, the lace looks horrible now but a good blocking should take care of that.  I'm pretty sure the pattern I'm using has a name but the pattern book I'm getting it from just calls it "delicate lace."  I'd hoped to make more progress on it yesterday but since the wait time at Patient First was so short....
Posted by Jeannie Gray Knits at 1:14 PM