On the needles today is still the lacy, slouchy, Christmas gift hat. 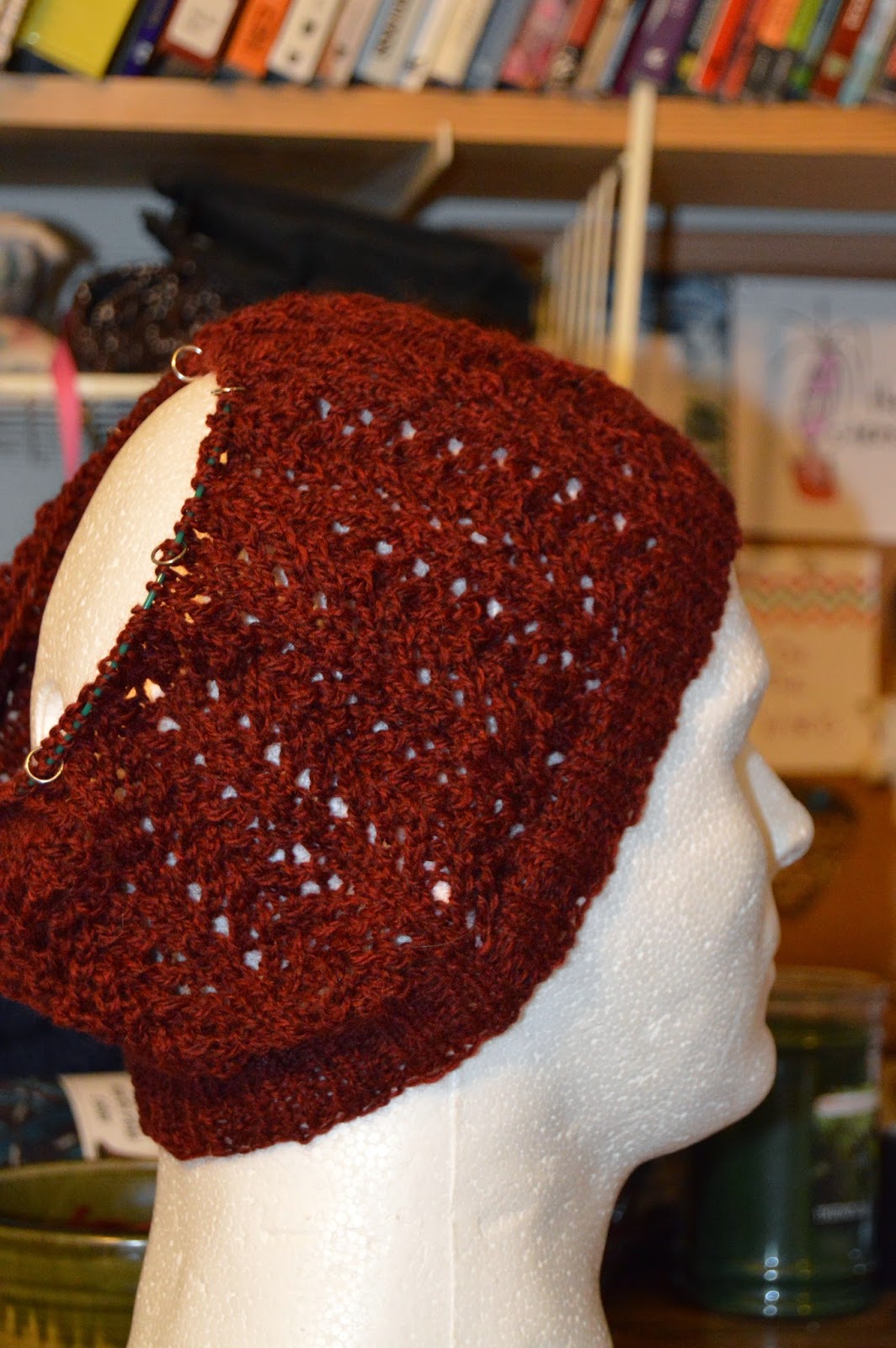 Second, it's actually a pretty lace pattern.  Simple, but pretty.  It will look much better after blocking.  I hope!

Third, I can't tell if the photo is blurry or not.  One minute it is, the next minute it looks clear & crisp.  I've been dealing with a migraine since yesterday morning but luckily, (maybe, depending on how I look at it) rather than the massive headache, my vision is impaired.  Everything is sort of wavy & slightly acid trippy. (Or should that be tripy? Obviously I don't know my spelling rules & SpellCheck wasn't around in the 60's & doesn't recognize it.)  Anyway, my apologies if the photo is way out of focus.

Fourth, the hat is knit with Knit Picks Palette in Garnet Heather with my new Knitters Pride Karbonz US 3 interchangeable needles that I bought from Webs.  The needles are super pointy & great for lace.  I may have to ask Santa for a full set.

I haven't made a ton of progress on the hat because it's my "at home" project and I haven't been at home.  My daughter's drivers' ed has taken over our lives and we've been spending 6+ hours a day (counting travel time) there.  The class is too far away from our house to come home between dropping her off & picking her back up so I've been spending a LOT of time at Starbucks.  I haven't mastered the art of knitting lace, reading and people watching all at the same time.  And there are some very interesting people to watch at Starbucks.  But, progress will be made soon.  Sarah had her behind-the-wheel test last night & passed with flying colors.  Another week of classroom learning & she'll be done.
Posted by Jeannie Gray Knits at 9:56 AM