Boy, I haven't been very creative with the blog post titles lately.  I'm purposely keeping it short & sweet and just a simple what's on the needles post today because sadly, I've succumbed to the Patient First Creeping Crud disease.  It's not the flu, but I feel oogy.  I'm living on a cocktail of Mucinex, Sudafed & Tums.  Apparently the Mucinex-Sudafed combo causes incredibly horrid indigestion. 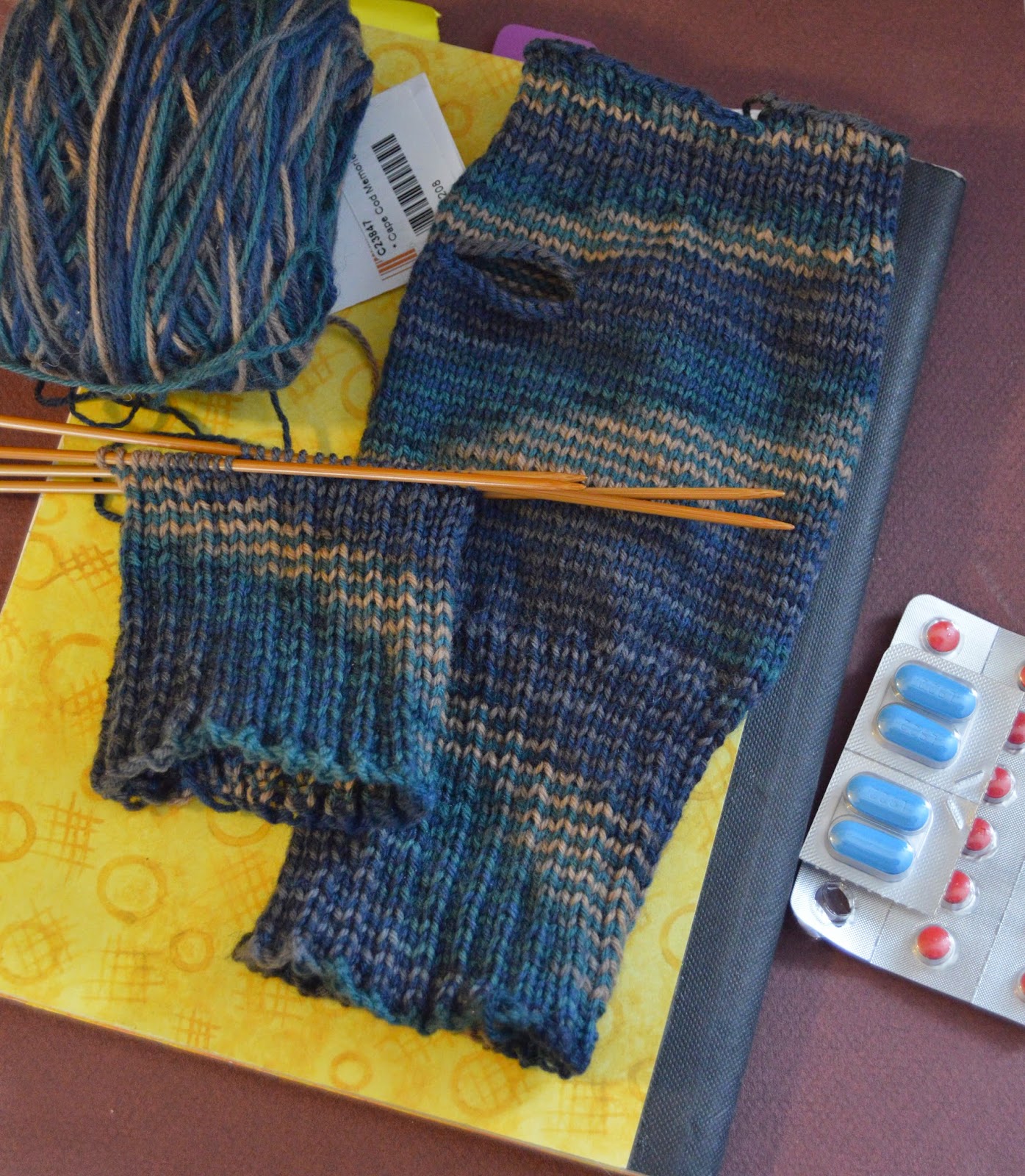 I haven't been knitting much.  Yesterday, I didn't wake up until after 1 p.m. and last night/this morning, it was after 5:30 a.m. when I was finally able to fall asleep.  And of course, I woke up at 7:15 a.m. and couldn't go back to sleep.  So today, I'm just plain stupid.  Stupid with a massive case of indigestion.  That kind of stupid where you turn the washing machine on without putting any dirty clothes into it & you dump the dog food into the water bowl instead of the food bowl.

So yeah, I'm feeling oogy & cursing Patient First's germy air.  On the bright side, Zack's broken thumb is doing well.  It's still a rainbow of colors but the swelling has gone down considerably and as long as he keeps it splinted & doesn't bump it on anything, he says it doesn't hurt.  Actually, he says the tetanus shot hurt worse than the broken thumb.  I'm just glad his thumb is looking more like a thumb should look.  When he first broke it, his knuckle was swollen up more than twice as high as normal, plus the skin was split open & oozing blood.  And, as if that wasn't bad enough, the pad of his thumb had a horrible lump protruding out & downwards.  I can't believe we didn't take pictures.  It was my baby's first broken bone after all.

Happy New Year's!  Be safe out there.

Posted by Jeannie Gray Knits at 11:18 AM