Dammit!  I knew there was a reason dogs rule & cats don't. 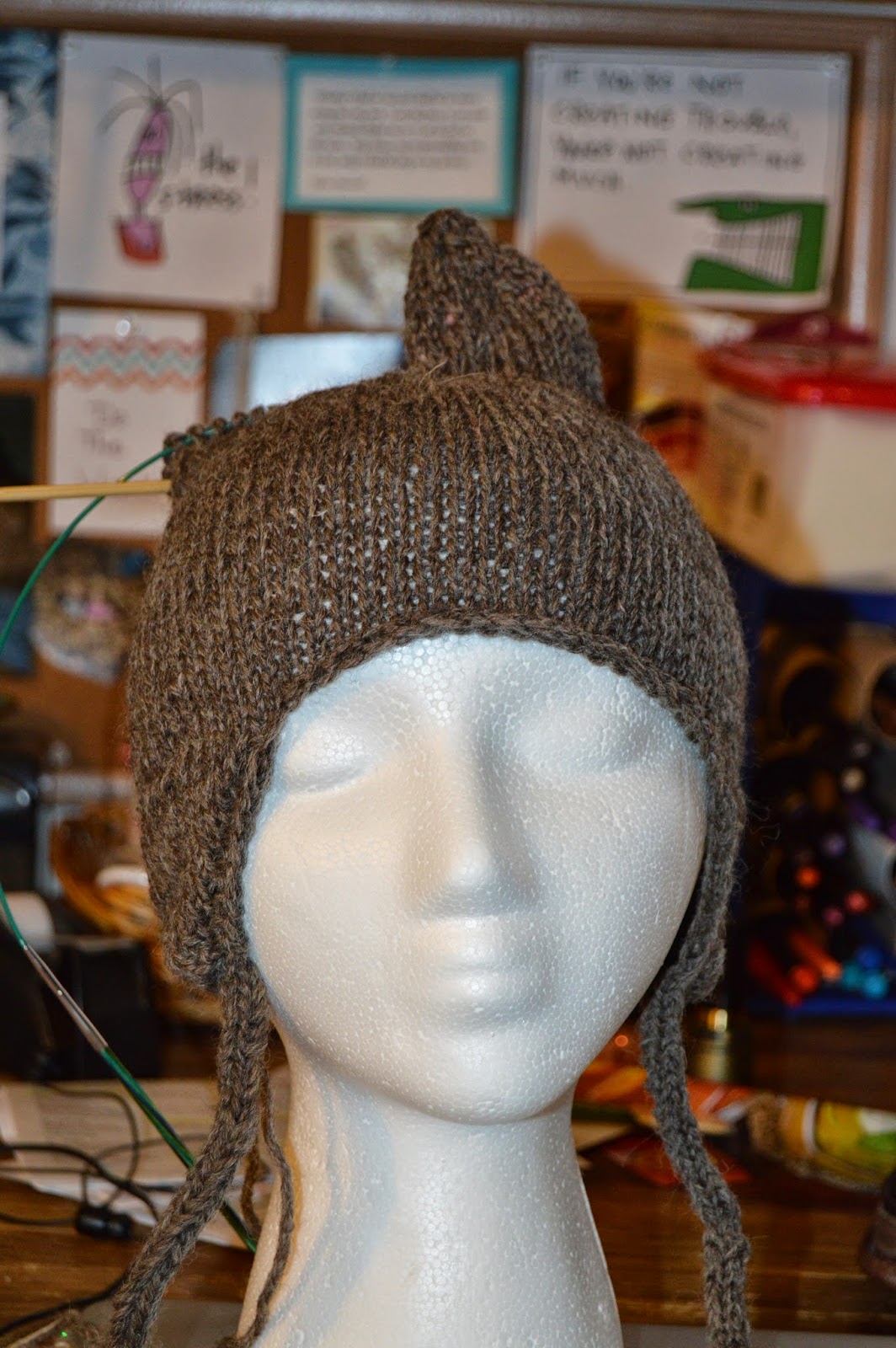 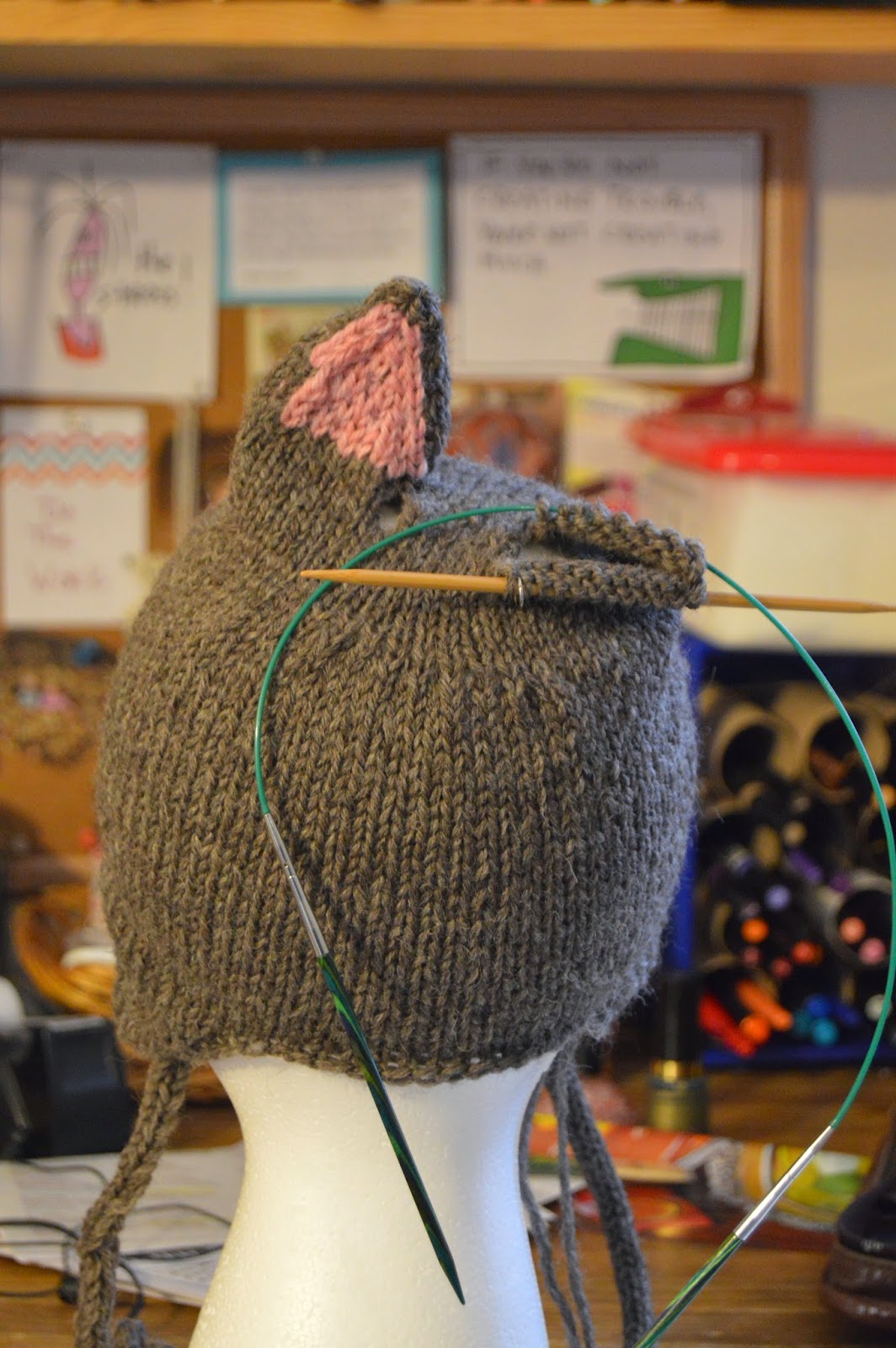 See the problem?  And  yes, of course I knit that pink ear in intarsia, not duplicate stitch.  And yes, this is the second ear attempt because the first attempt was WAY off center, like, sticking out of the back of its head off center.  Argh!

I am obviously not loving this free pattern I got off Ravelry.  The hat part was simple but those damn ears....  It seems the pattern is simply the designer's design notes typed up and not an actual pattern.  The pattern would probably make perfect sense after someone had knitted the hat correctly but as for being understandable instructions for panicked Christmas knitting, not so much.

No I won't, because I'm never stepping foot in Walmart ever again.  But the Great Niece won't be getting a cat hat for Christmas either.
Posted by Jeannie Gray Knits at 11:04 AM