My kitchen window looks out into the woods & normally when I look out, I'll see a bird or two, sometimes a squirrel.  Sometimes even a fox or deer passing by.  This morning, there are thousands of birds out there.  Thousands!  And not just one big flock, there are all different kinds of birds.  Little birds, big birds, birds on the ground, birds in the bushes and birds in all levels of the tree limbs.  Thousands & thousands of birds.  What my momma taught me was lots of birds like that this time of year meant snow was coming.

Mr. Weatherman keeps hinting at snow.  He'll make some big announcement like "Stay tuned for snow accumulation info" or "Snow accumulations possible for Wednesday, the worst travel day of the year."  When you actually stay tuned or click on the link, he starts talking about how it's going to start as rain & if conditions are just perfectly so, it will turn to snow &/or sleet late Wednesday night.  But then he'll ramble on a while about how low the chance of the conditions lining up just perfectly for snow is.  He says it's about a one billionth of 1% chance that it will actually snow.  And then he ends his forecast with a sentence or two about the possibility of light accumulation.

In other words, Mr. Weatherman has no freaking clue.  But those birds....

I guess I should head to the grocery store & stock up on bread, milk & toilet paper.  It's a southern tradition.

I was planning to be thankful for the internet today.  Yes, I'll admit, at the beginning of the month I made a list of things I was thankful for to use in case of an emergency during the month.  An emergency being one of those days where about the only thing I can think of to be thankful for is that I haven't killed anyone today.  Yet.  You know those days.  Right?  I'm not the only one who has them, right?  Anyway.... Today's thankful thing if I couldn't think of anything else was the internet.  Which is interesting because before looking at my list, I was thinking how glad I am to have the internet.  How nice it is to be able to obsessively watch the weather forecast.  How easy it is for me to publicly complain about the weather here on the blog, on Facebook or even in the Etsy forums.  Are you old enough to remember life before Google?  I am.  Boy, it was tough.  You had to watch the birds if you wanted to make sure you had enough toilet paper.

And just so there's something to look at in this post, here's a random picture of Max. 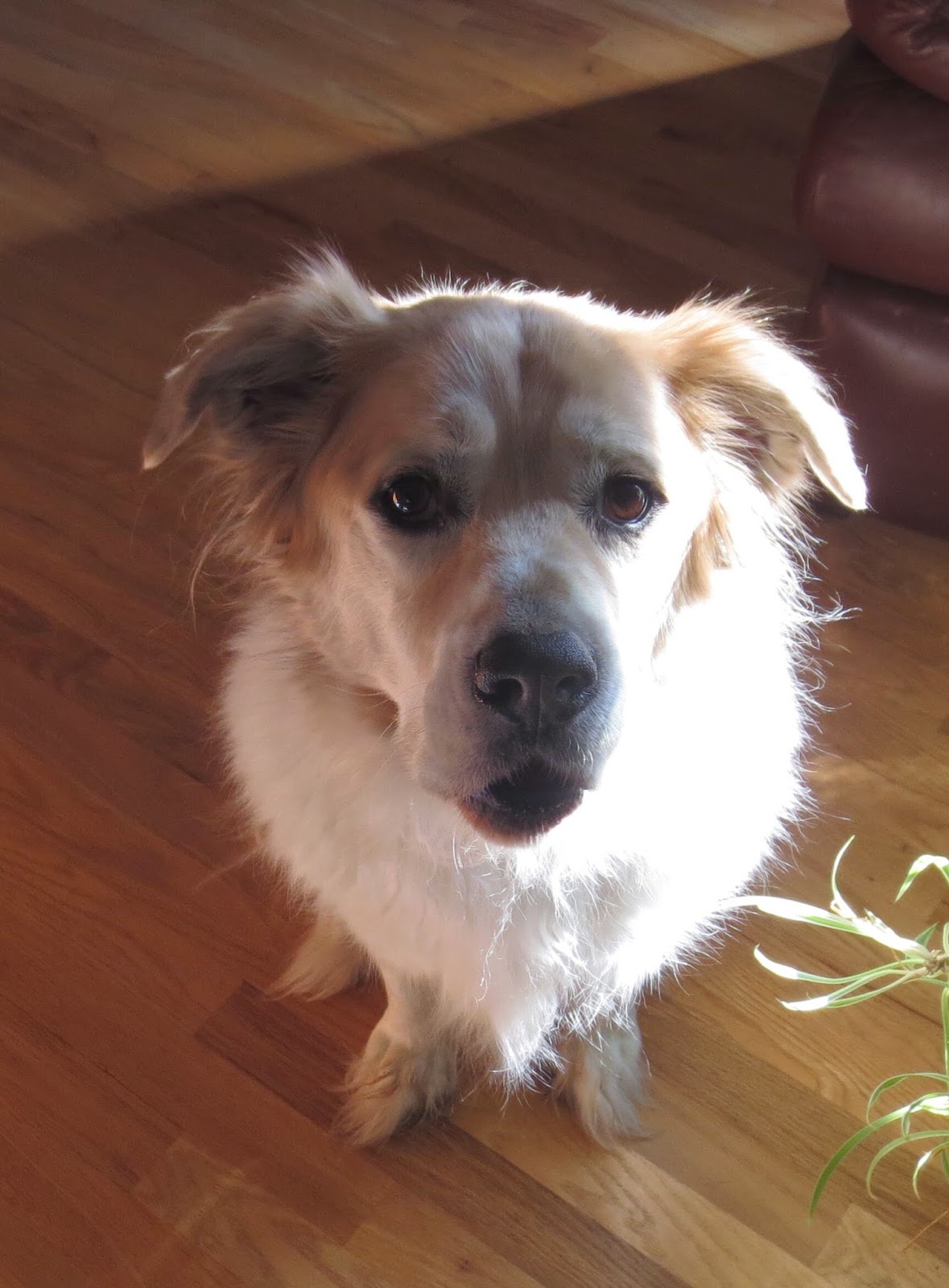 Max says to tell you that I have finished the Antler hat & have started another secret project hat.  Photos to follow if the sun ever comes out.
Posted by Jeannie Gray Knits at 11:08 AM