Still on the needles.... 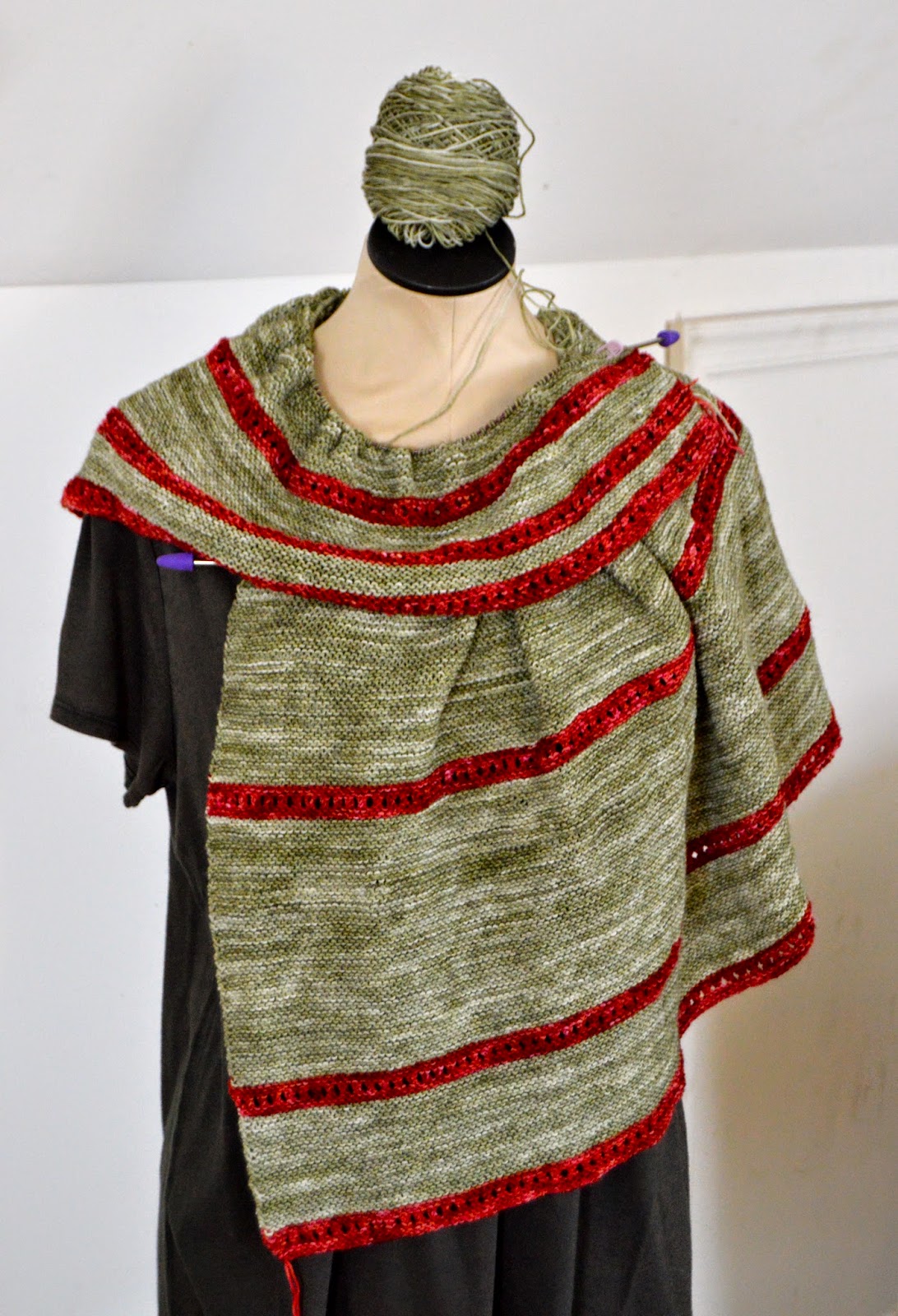 Eclipse, the never ending knitting project.  Those short rows are so deceiving.  You're knitting along, making decent headway, short row after short row,  when suddenly the short rows are almost the entire width of the wrap and they seem to take an eternity to knit across.  But I am making progress.  Technically, I only have six more rows before knitting the final red stripe & binding off.  Except remember how I goofed on that first green stripe & it's only half the height it's supposed to be?  And remember how I'd planned to repeat that mistake on the opposite side so that I could call it a pattern rather than a mistake?  Yeah, well, I'd sort of forgotten about that.  I do have enough of both yarns left to knit another half repeat.  And that, folks, means I'm no where near as close to finishing it as I thought I was.  It's decision time.  Do I or don't I?  It would look much more symmetrical if I do it.  I like symmetry.  I have enough yarn.  But on the flip side, the Christmas panic is starting to set in.

Good grief!  If I spent as much time knitting as I do whining about how long the knitting process is taking, I'd be almost done by now.

That is a lesson I will probably never learn.

Meanwhile, happy Veteran's Day!  A huge, big, giant THANK YOU! goes out to all the men & women who have served in our military.  While I'll never fully know or understand all the sacrifices they & their families make, I have seen the physical & mental effects of war on men, I have watched military wives function on their own for months & months at a time and I have watched friends grieve for fallen sons & brothers.  You are all in my thoughts & I pray that those on far away soil will return home safely.
Posted by Jeannie Gray Knits at 8:00 AM