How did it get to be November 30th?  Where did the month go?  For that matter, where has the year gone?

Other than that tiny rant, I'm going to try to keep this short.  We've been having massive internet problems all weekend.  We always have problems over Thanksgiving weekend.  Too many people & not enough cyberspace in our little corner of the world.  Which is why I haven't posted since Thanksgiving.  I've tried, but I either haven't been able to access the internet or it's tossed me off minutes after getting on.

Anyway.... our Thanksgiving was calm & joyous.  No 911 calls needed, the food was excellent & the company even better.  My niece (Great niece actually but I refuse to admit that I'm old enough to have a "Great" anything.) has just turned two & there is not a shy bone in her body.  She was wild and adorable.  And by "wild" I mean the good kind of active, not the screaming, temper tantrum throwing, breaking things kind of wild some two year olds can be.  She was just precious.  Full of energy, hugs and apparently underfed because she told anyone who would listen that she wanted bread and chocolate.  My kind of girl!

Anyway, Thanksgiving was great and I'm thankful for that.  I'm thankful for finally being able to use the internet for more than 3 minutes a day and I'm thankful that I like to knit.  Because I have been knitting, over & over & over again.  I was working on a secret Christmas lace tam whose pattern was charted with no written instructions.  When I got to the decrease area, the chart clearly showed the decreases but it also showed that the stitch count stayed the same.  It made absolutely no sense.  I played & played with it trying to figure out which chart stitches shouldn't be there & finally decided that it was way more effort than it was worth & ripped the entire thing out. 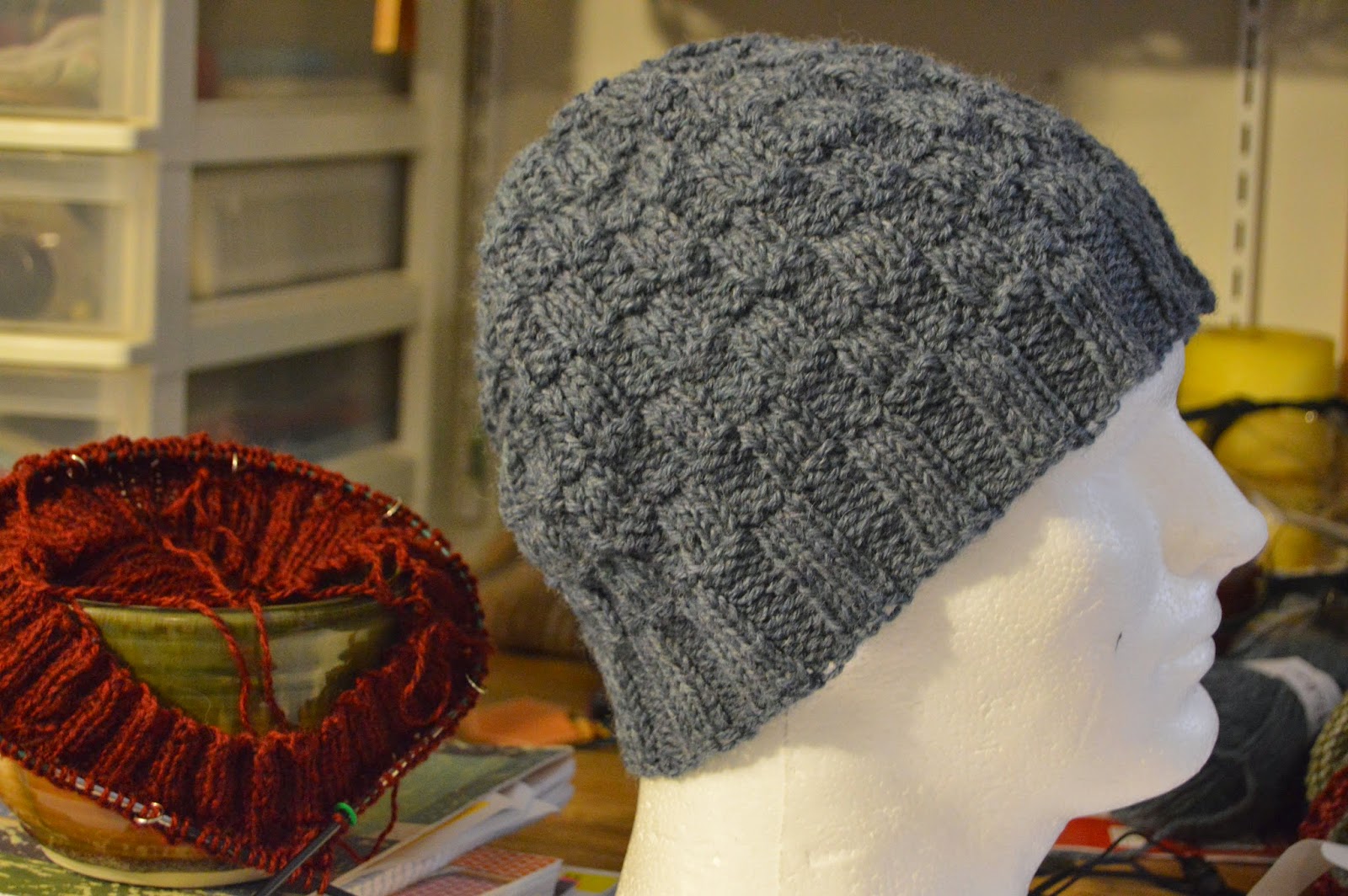 There's the beginning of the newest version of a completely different hat and the finished 3x3 ribbed hat.  With really horrible color.  Is the color that washed out & wonky on your screen?  The colors don't look like that at all in my iphoto version.  In case the wonky colors means I'm loosing my internet access, I'm going to quickly press Publish & get off of here.  Meanwhile, happy end of November.
Posted by Jeannie Gray Knits at 10:07 AM