Is there such a thing as manly lace?  Yes, I think there just might be. 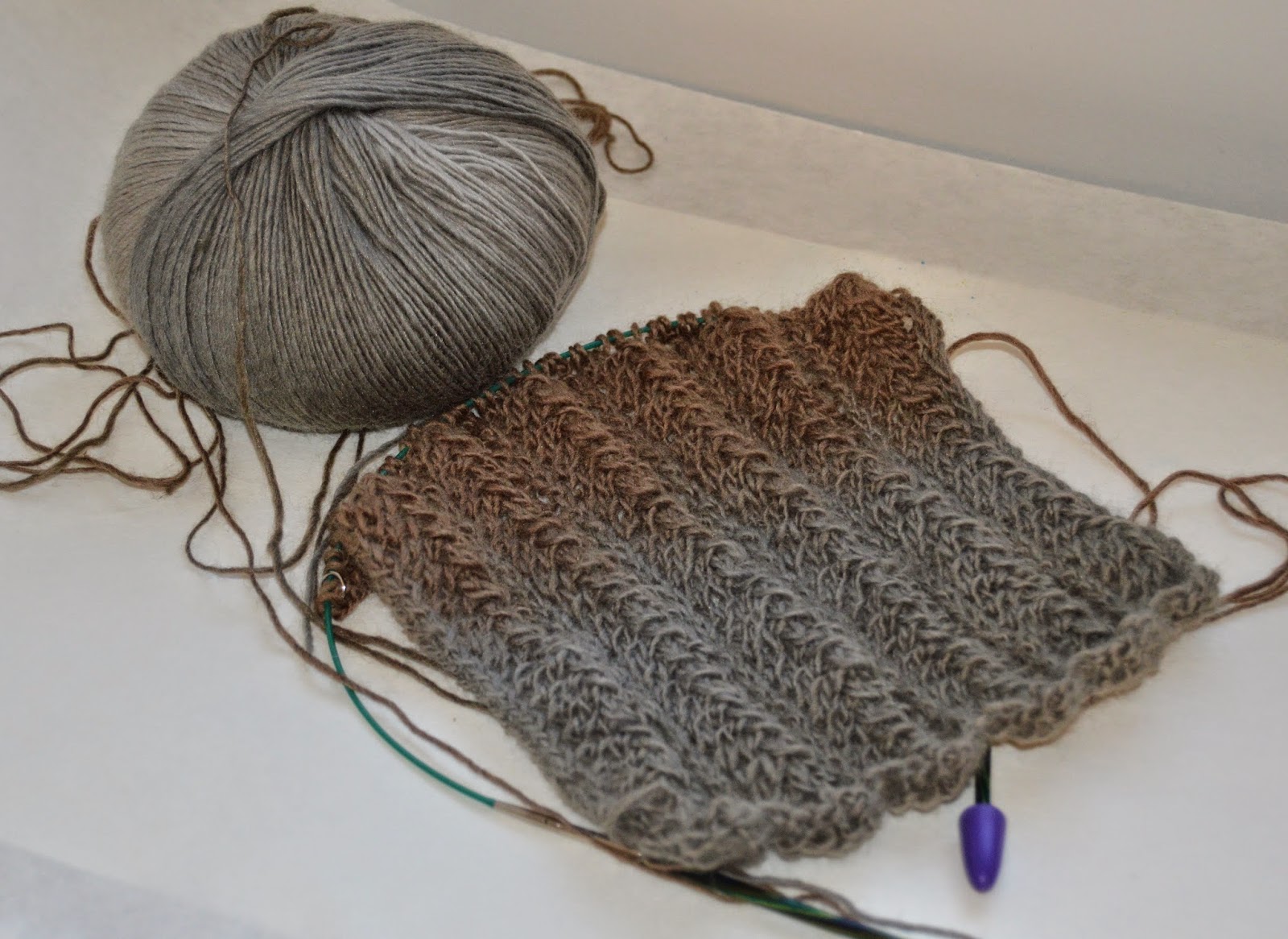 The lace pattern is called "Ladder" and the yarn is Chroma in the Fossil colorway.  I think the combination of the two is quite manly.

I haven't abandoned the mitered square "thing" yet, but it's one of those never ending projects.  Specially if I really am going to make it bed sized, which I hope I will.  The main idea behind the mitered square "thing" is using up all those tiny bits of left over yarn, but even after 104 squares, I haven't even made a visual dent in the pile.  Which again, means it's a never ending project.  Anyway, I was getting a little bored with it & felt the need for something I could finish fairly quickly & check off the to-do list.  Thus, the Ladder scarf.

So much for knitting monogamy.

Posted by Jeannie Gray Knits at 7:30 AM