Adulterous knitting never works well for me.  I much prefer to be monogamous with my knitting projects.   I also have problems with decision making.  When I have multiple projects going on at once, I can never decide which one to work on.  I end up knitting a few stitches on one project, putting it down & knitting a few stitches on the next, then picking up yet another project.  None of them ever show any visible progress & I get frustrated.  When I'm frustrated, I start a new project.  It's a vicious cycle.

Lately, I'd reached the point of indecision where I'd almost stopped knitting.  Although I promised myself the Christmas socks (if they didn't turn out to be wine bottle bags) would be an at-work-only project, I decided to focus on them yesterday.  At home.  It was my day off. 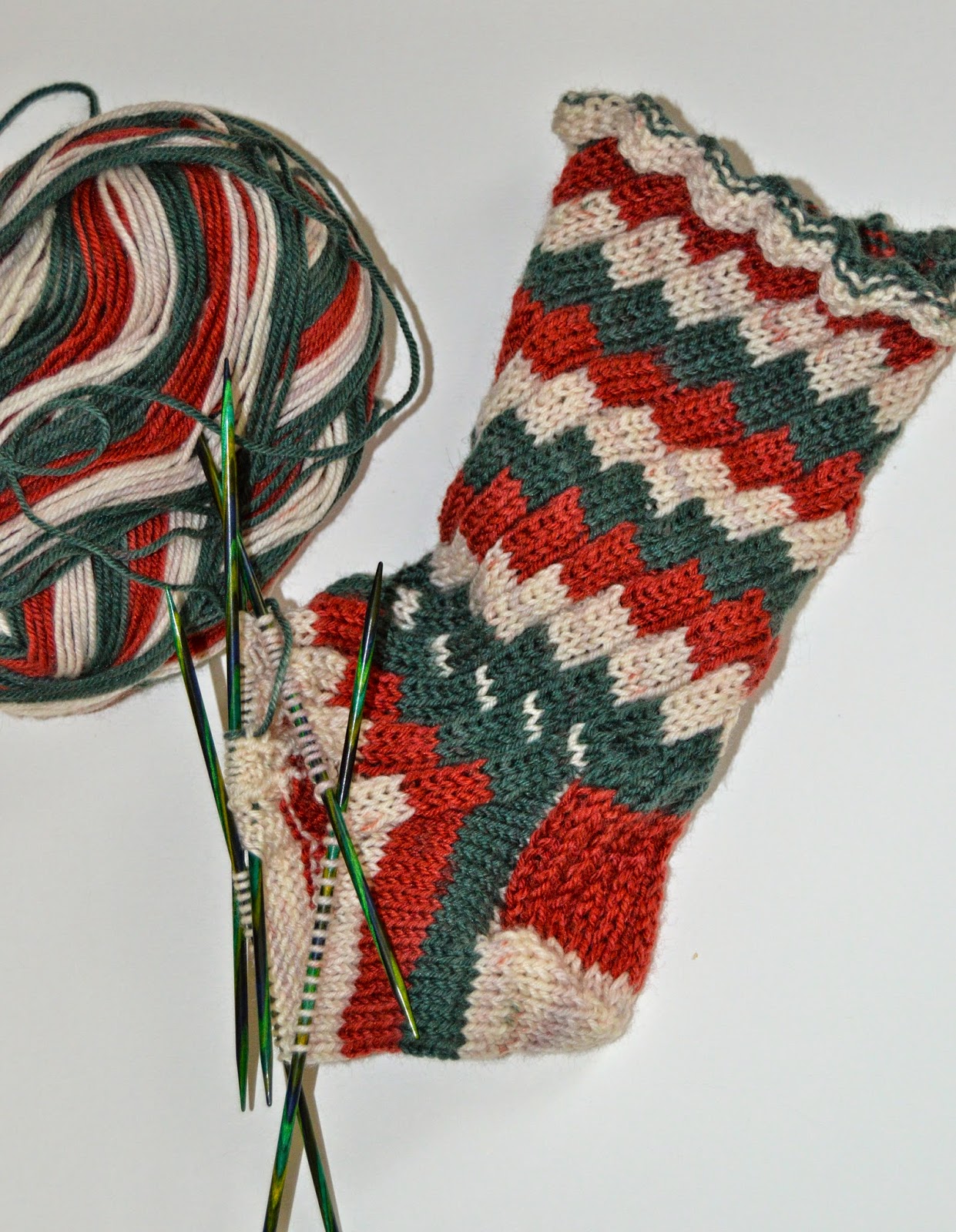 I'm loving the way the self striping yarn is working with the stitch pattern.  It almost looks like entrelac.  It's not though.  It's just *k2, yo, k2, k2tog* repeated row after row after row.  It's so simple!
Posted by Jeannie Gray Knits at 11:21 AM