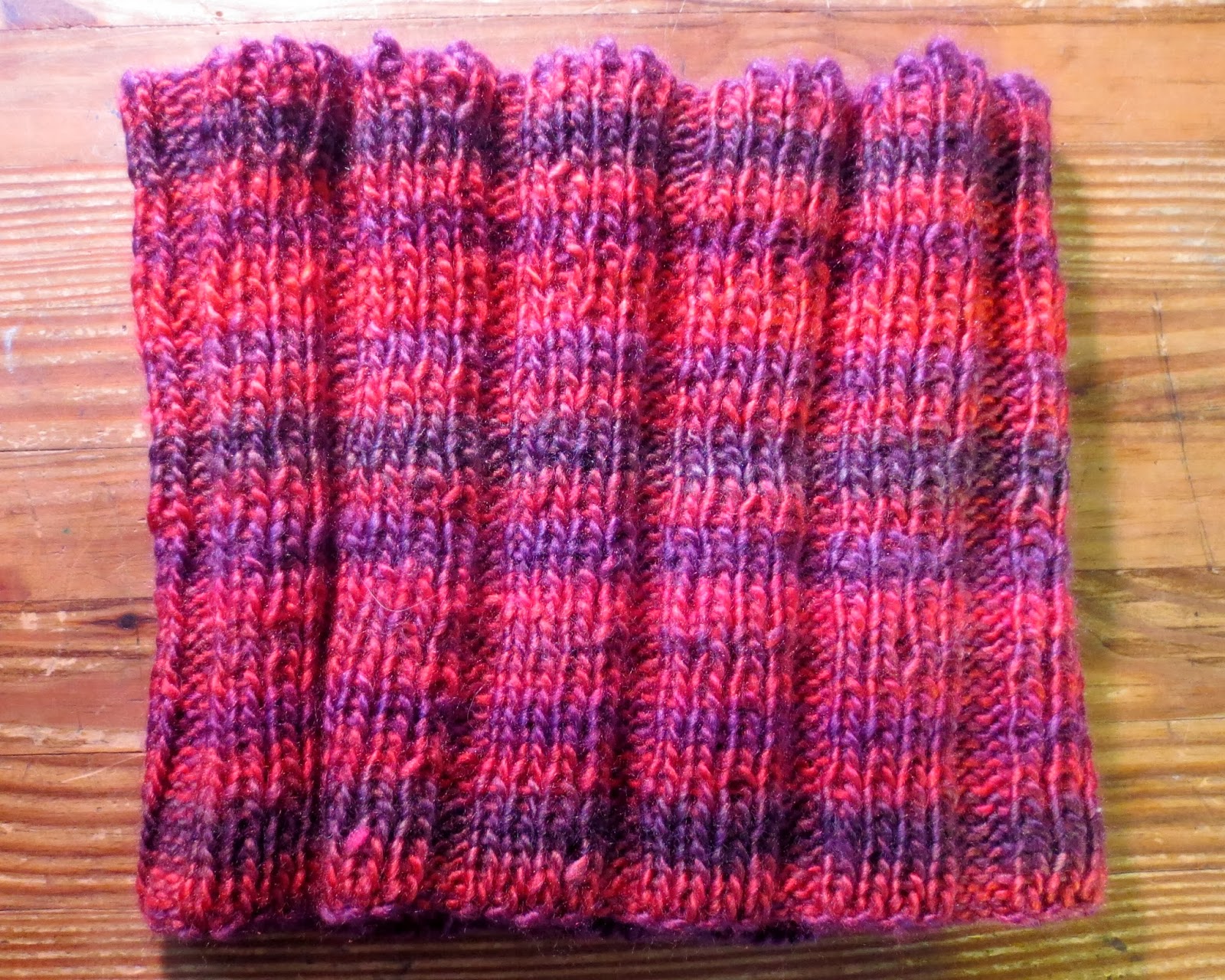 Good thing I was planning to keep it because it's got a few hiccups.  I passed several hours waiting on my son by knitting & reading in the Barnes & Nobel cafe one evening.  The yarn used for this project (see details here) looks like unspun & apparently, I'm not coordinated enough to knit unspun without looking.  I kept splitting stitches & ended up doing a lot of tinking.  This yarn does not appreciate being tinked.  Once knit, it wants to stay knit. 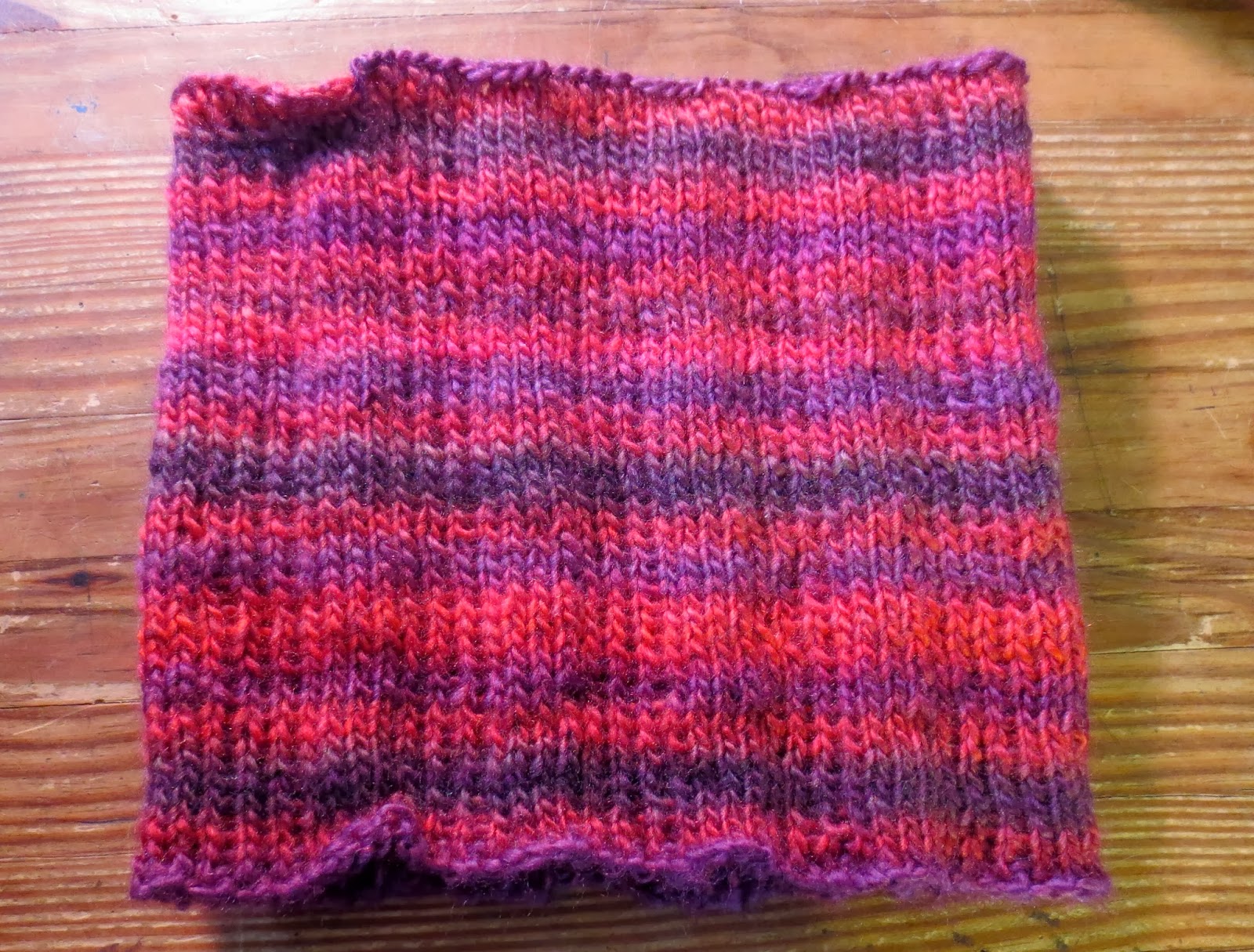 The cowl is reversible though so there's what the reverse side looks like. One side is textured, the other side not so much.  I'm not sure how much use it will get.  Pink really isn't my color but I caught the Valentine's Day knitting bug when I saw the yarn.

The rainbow chevron scarf is coming along slowly.  I hope I like it better once it's blocked. 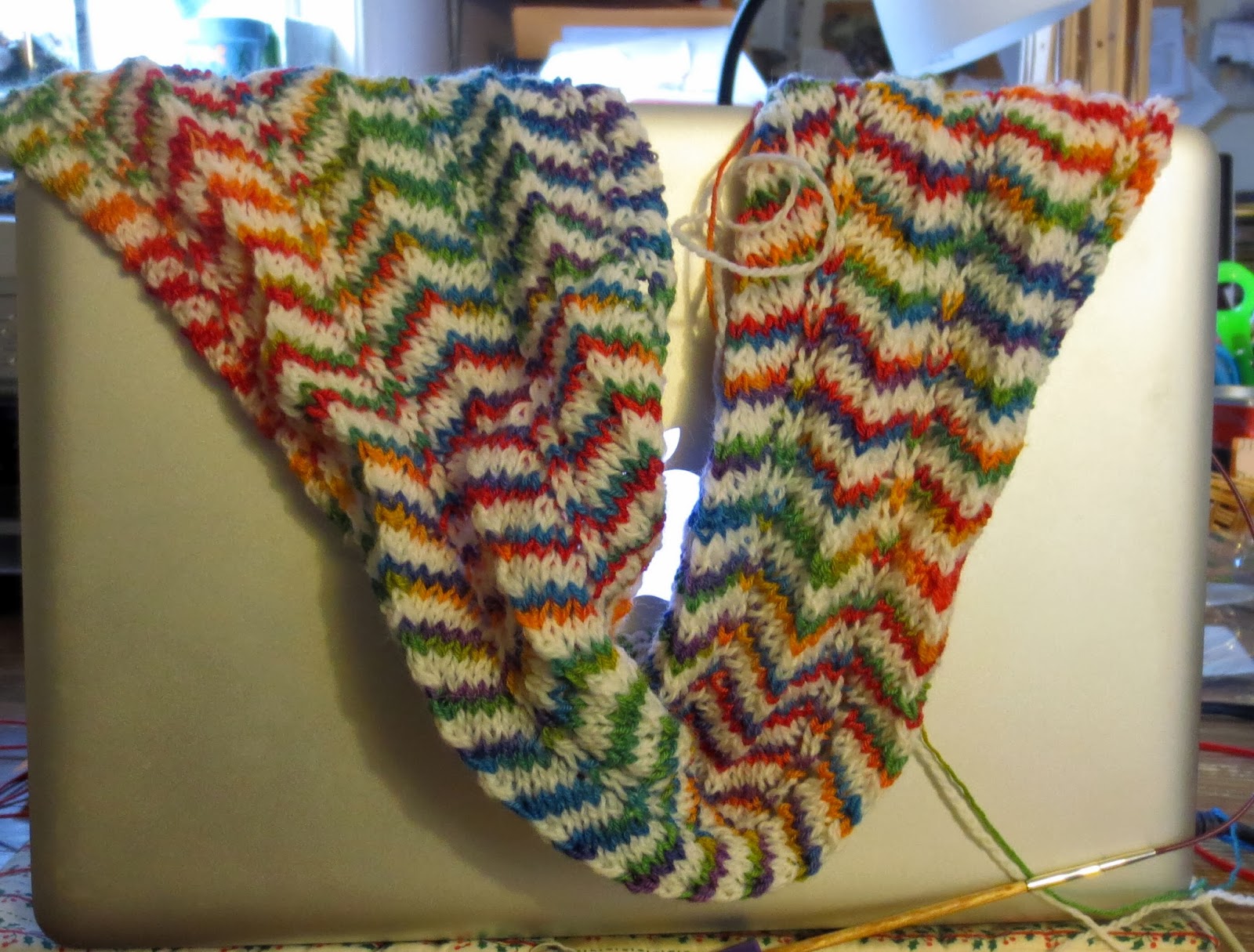 So, yeah, that's a silly picture but being unblocked, the edges are curling up horribly & it doesn't look much better when spread out.  I'm about at the half way point on it.  I really hope that blocking it will help me like the colorway better.  It's just a bit too bright, glaring, primary color for my tastes.  Which is why that the yarn has been in my stash so long.  I'm now remembering starting a pair of socks with it & quickly deciding, no.

As for non-knitting news, I wanted to give a shout out to Bee Well Orrganics.  The owner's kids are in a homeschool creative writing group I lead & they gave me an awesome goodie bag for Christmas.  This Honey Lemon Ginger jam is the only thing left & it's still here only because I hid it.  In plain sight.   Instead of putting it on the pantry shelf with all the other jellies & condiments, I put it on the shelf in the dog food closet.  That's the shelf we use for weird things that we only use a few times a year. My daughter became slightly feral over the cinnamon apple jam.  The minute she tasted it, she claimed it as her own & would growl slightly if anyone else even looked like they might want to taste it.  So, if you are looking for organic giftables, or are simply in the mood for some awesome jam, check out Bee Well Orrganics.