I've made progress on the fair isle scarf, sort of.  And I do mean sort of.  Miniscule progress is more like it. 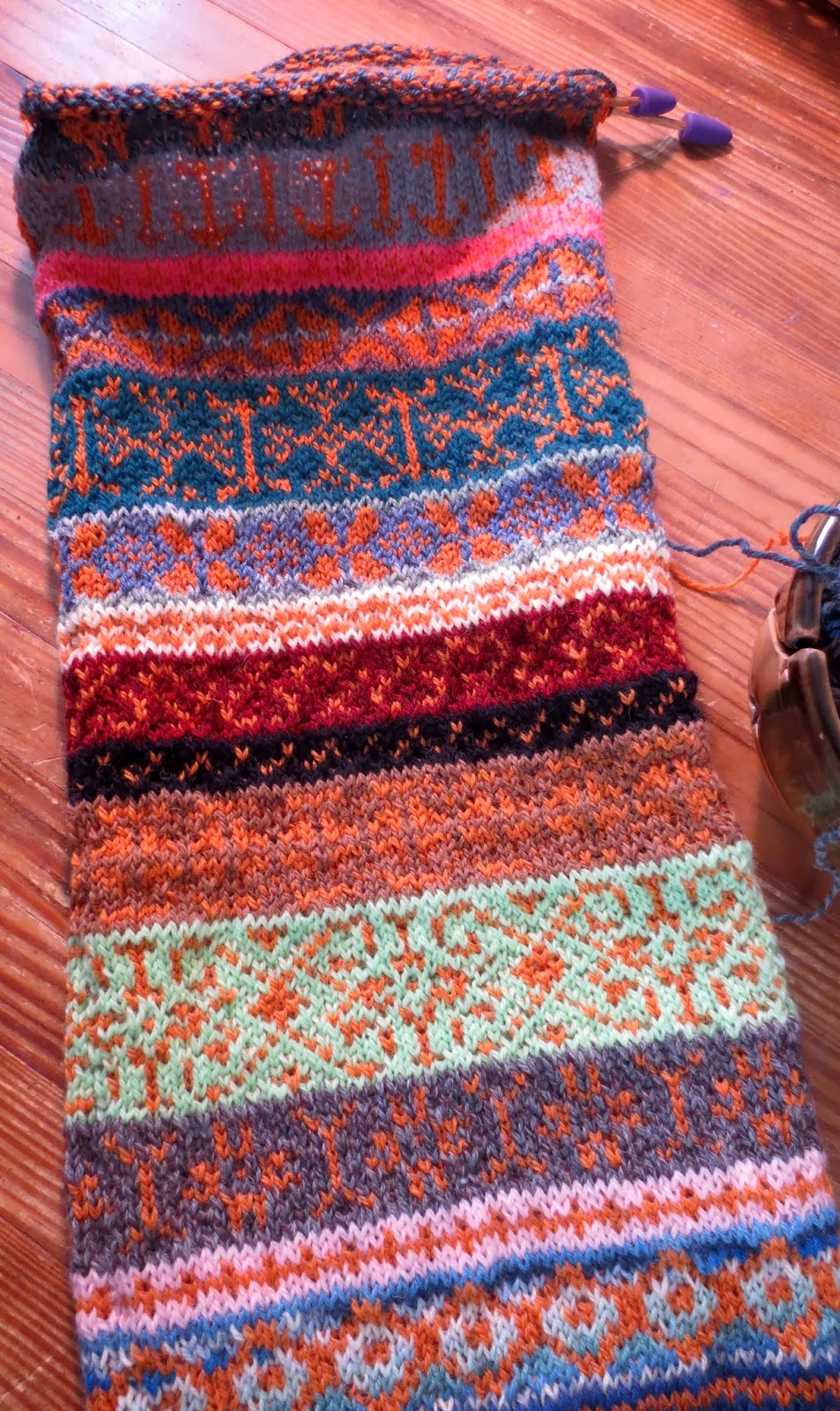 As  you can see, I've only added a few pattern stripes to it over the last few days.

I realized after hitting "publish" on the previous fair isle post that I didn't provide much detail.  The scarf contains 92 stitches.  Size wise, I think it's fine, but I do wish I'd made it slightly bigger because it's barely big enough for my smallest circular needle & the fabric doesn't move around the needle easily.  I'm using a number 4 needle and the stitch patterns are all from Mastering Color Knitting. 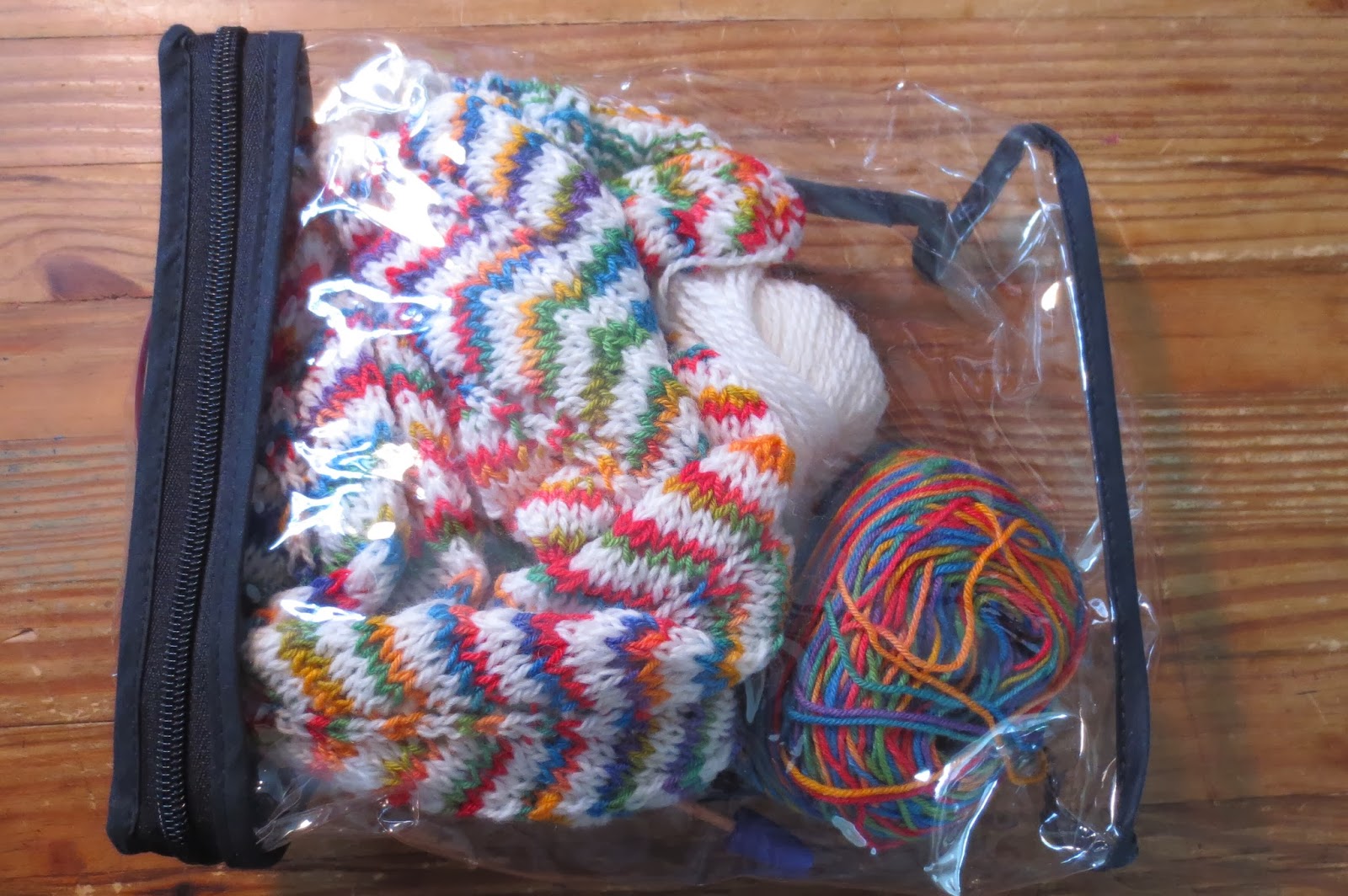 I strayed back to the rainbow chevron scarf for a while.  It's been deemed travel knitting, which is why it's crammed into that little bag.

It's a long, rambling story, but while bored during the recent snow, I clicked on a link that popped up on my Facebook page that took me to a whole new world.  "The Documented Life Project" world.  DLP is a Facebook group for art journaling & planner decorating.  And, OMG!  The talent that group has!  I am unbelievably intimidated by them but am also so excited to become a part of that talent pool.  The people there are so welcoming & don't seem to care that my artistic skills are non existent.  And we all know how much I love my planner. 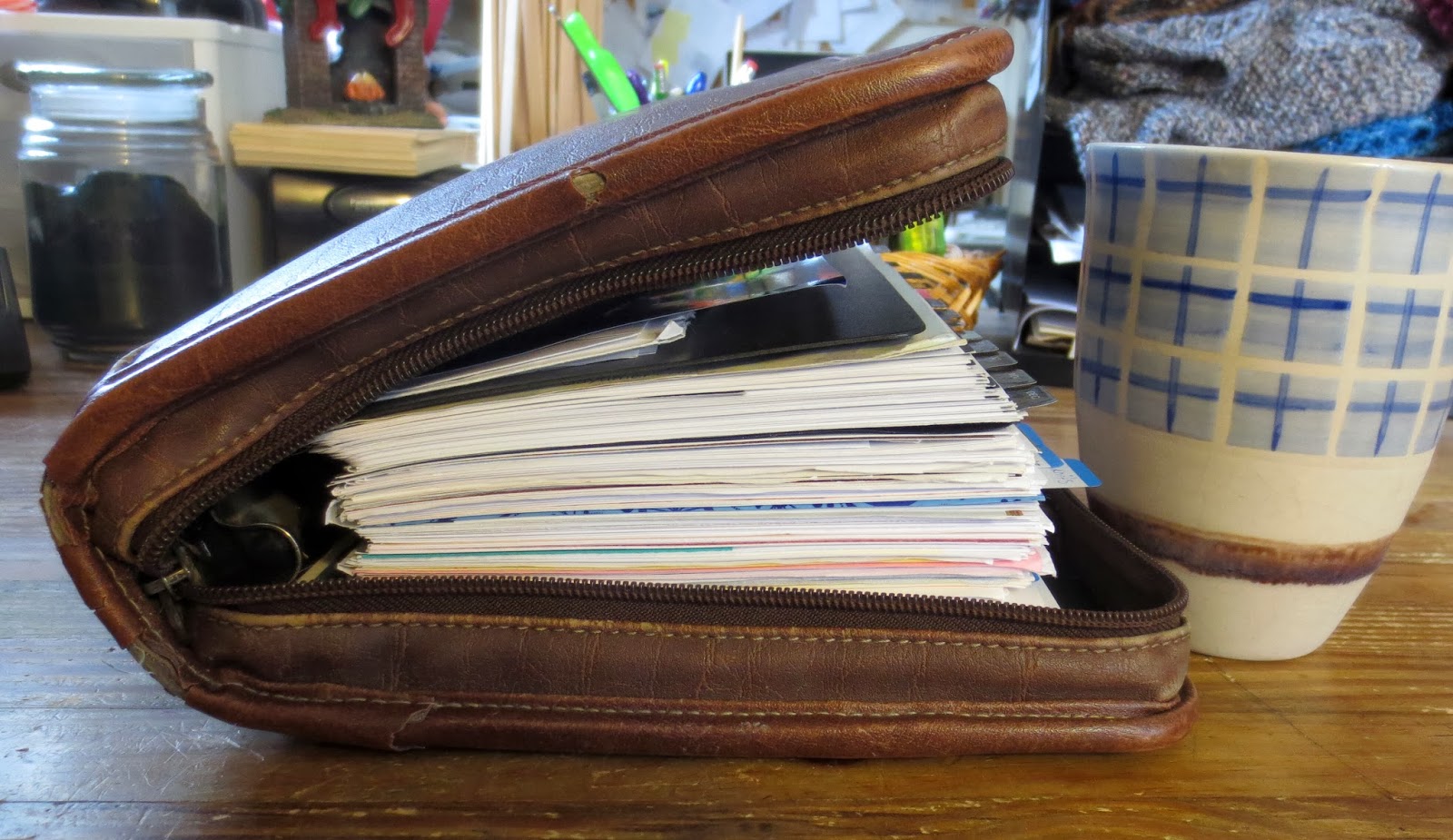 Yes, I'm an old fashioned girl & still use a paper planner.  No matter how much easier it would be, I just can't force myself to use a digital planner.  And yes, I realize there are probably a minimum of three trees worth of paper in that planner, but it works for me.  I included the coffee cup in the photo so you could get an idea of how thick it really is.  And that's a two cup coffee cup!  My entire life is in that thing & I would be devastated if I ever lost it.  And since decorating my planner is an excellent to-do list procrastination technique....

Actually, I'm playing in an art journal much more than I'm decorating my planner.  That baby doesn't need to get any thicker & since I discovered Gesso, everything is getting thicker!

Do you paint?  Do you know about Gesso?  Oh My Gosh!  Gesso is the coolest!  It does everything!  It stops just short of doing the dishes for me!  First, it's a primer & gets the paper ready to accept the paint.  Secondly, if you make a mistake (which I do every time I pick up a brush) you can simply Gesso over the error & have yourself a merry little do-over.  You can also add color to it, add texture to your artwork, rubber stamp with it....  And at least in my case, when I'm done playing with it, I look like I've had a french manicure.  If you don't know the joys of Gesso, go YouTube a few videos.  It is The coolest stuff.

Another cool thing I've been playing with is spray water color paint.  The brand I've been using is Dylusions and I absolutely love it!  Which is a good thing; it's kind of expensive.  At least I considered it expensive when I bought it without having any idea what it was.  I just liked the colors & knew I'd have fun playing with it. 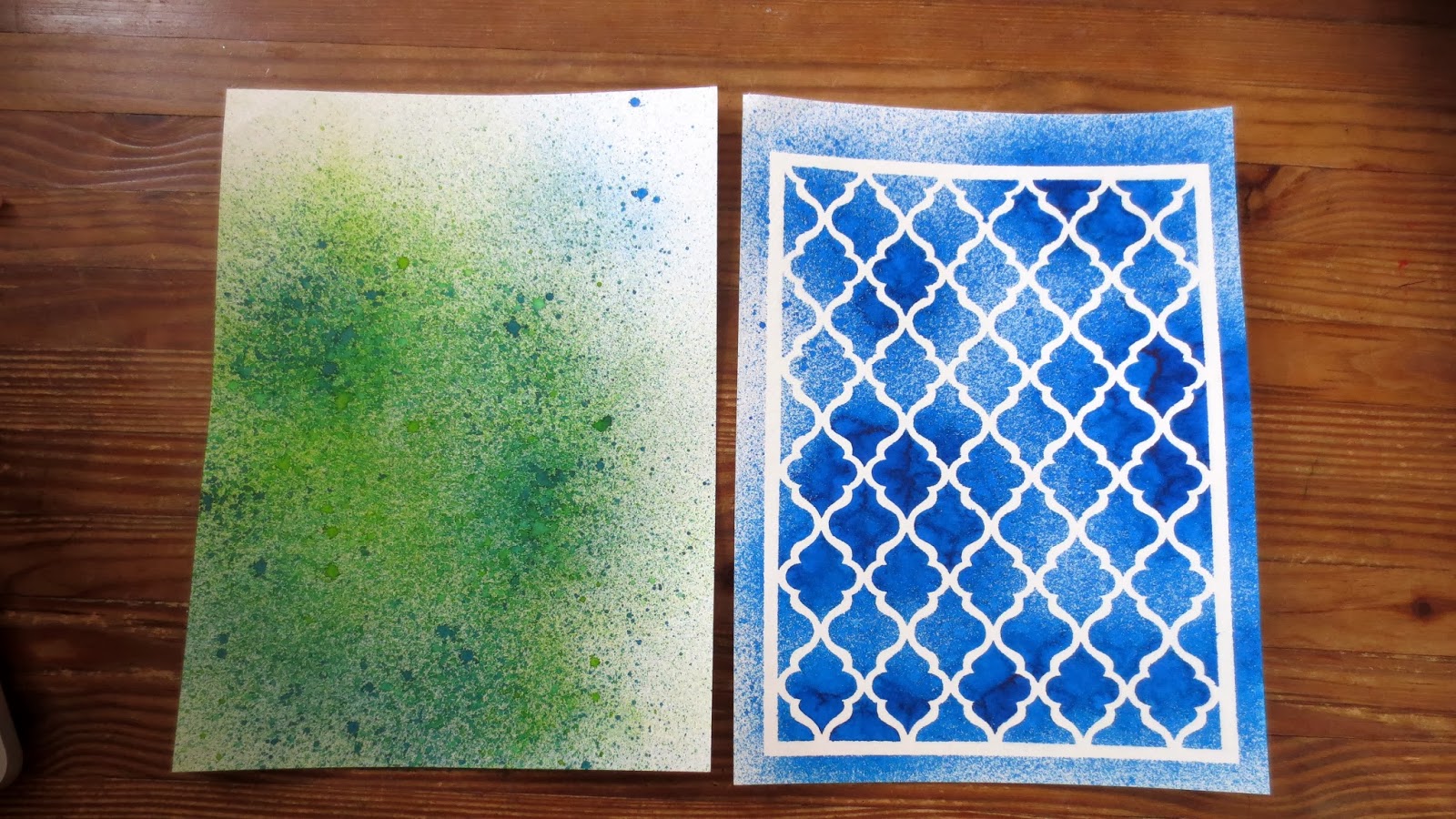 The luminosity of the paint isn't showing up in that photo, but in real life, it sort of glows.  I have no idea what I'll do with those pages but I'll use them on the art journal pages some how.  I now have lots & lots of pages like that to tear & paste over.  I am having so much fun playing with paint & Gesso I may never knit again.  Well, that's a fib but....
Posted by Jeannie Gray Knits at 11:11 AM