My entire world has turned gray.  It snowed on Tuesday.  We were supposed to get eight to ten inches which is huge for this part of the world.   Instead of getting almost a foot of snow, we got less than two inches, which was pretty disappointing as blizzards go but honestly, I can't say I'm upset about it.  What I am upset about is how cold it turned just as the snow was ending.  It's rare for Virginia snow to last more than a day before the sun melts it away.  Not this time!  It's so cold even the sun can't melt it.  So here it is, three days later and our schools are still closed because there's one inch of snow on the roads.

See how gray it all looks? 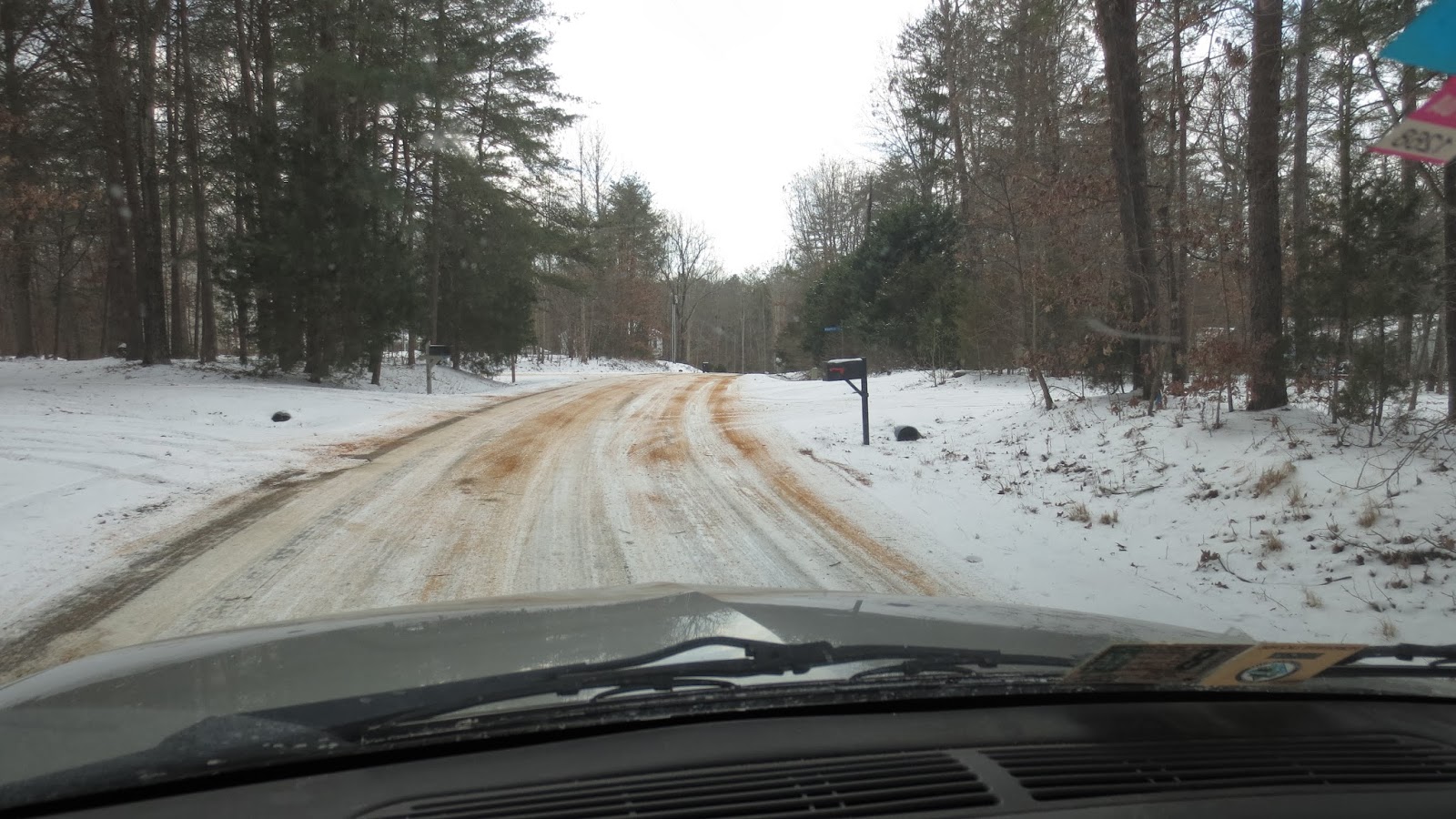 Okay, well that picture has a lot of red Virginia clay sand in it, but you get the idea.  Everything is gray.  The snow is dirty gray now.  The sky is gray, so gray I'm wondering if it might actually snow again.  The interstates are so gray from the chemicals VDOT put down that you can barely see the lane markers.  And every car that's ventured out of it's driveway over the last three days is gray. 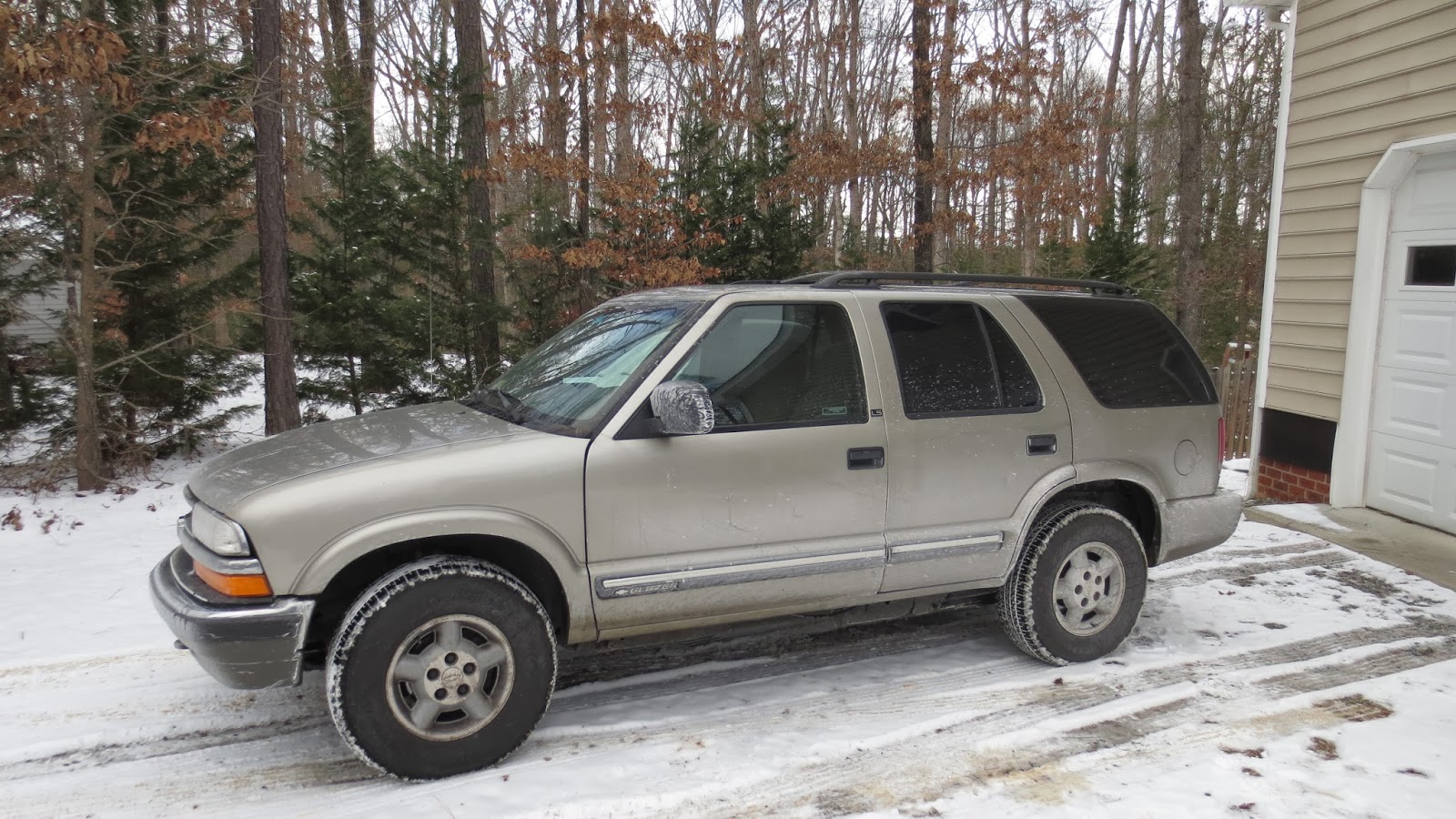 Poor old Blaze is looking rough!  And so are my pants.  I can not get in or out of the car without rubbing against that nasty gray stuff.  I look like I've been on a major powdered sugar donut binge.   But at least Blaze made it home in time for the big snow fall.  Mike had taken her out of town for work (again) & made it home just minutes before it started snowing.

On one of his recent trips, Mike was a bad car daddy!  Blaze celebrated a big mileage milestone & Mike failed to photograph it happening.

I just hope Blaze gets to see 400,000.  I had my doubts yesterday.  I took the boy child out to teach him how to drive on ice.  We went to a nearby unplowed church parking lot that had plenty of open space to practice skidding & sliding without having to worry about ditches or other cars.  I gave him the lecture about what to expect & how to handle it.  We traded seats & I told him to carefully, very carefully try to take off a little too fast & feel the car start to slip.  He instantly floored it & began doing donuts all over the parking lot.  Controlled donuts, I have to admit.  When he'd start to get too close to a light pole or curbing, he'd steer out of the spin, move to a better spot & start us spinning around in circles all over again.  I have no idea how he learned to do that but I assume it has something to do with video games.  I'm still not sure how he'll handle driving on ice on a straight road with other cars around, but he can damn sure handle doing donuts!

Meanwhile, in knitting news.... after all, this is a blog about knitting....  I finished a cowl & fingerless mittens to match the hat mentioned in my last post.  I had planned to put them in my Etsy shop but I was cold today & the cowl matched my outfit.  I put it on & decided to never take it back off.  And yes, I'm wearing the mitts too.  Have I mentioned how cold it is outside?  (And inside for that matter, thus the need for the mitts.)  Even the hat looks cute on me & hats Never look cute on my big old head. 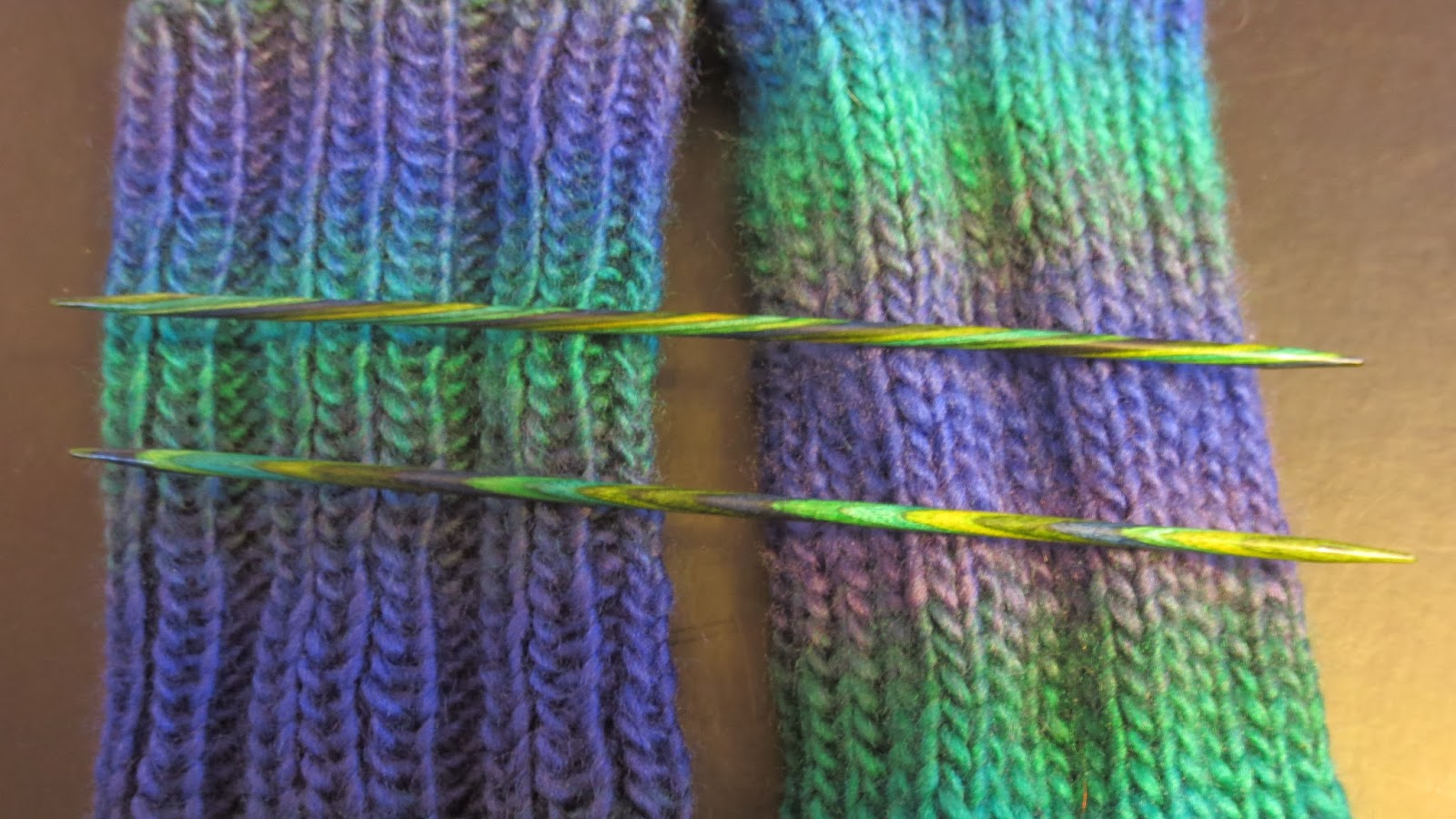 That's a close up of the mitts.  They are reversible!  One is turned inside out in the photo.  They are knit in an unevenly numbered rib pattern & on one side, you don't notice the rib hardly at all and on the other, the rib stands out & becomes the pattern.

And looky!  Look how well the KnitPicks Caspian dpns match the yarn!  How cool is that?  The needles arrived on the same day I finished knitting the mitts.  But do you know the coolest thing? Those are #2 dpns.  I meant to order #3.  And you know what that means....  I get to place another order!  Maybe my world isn't so gray after all. 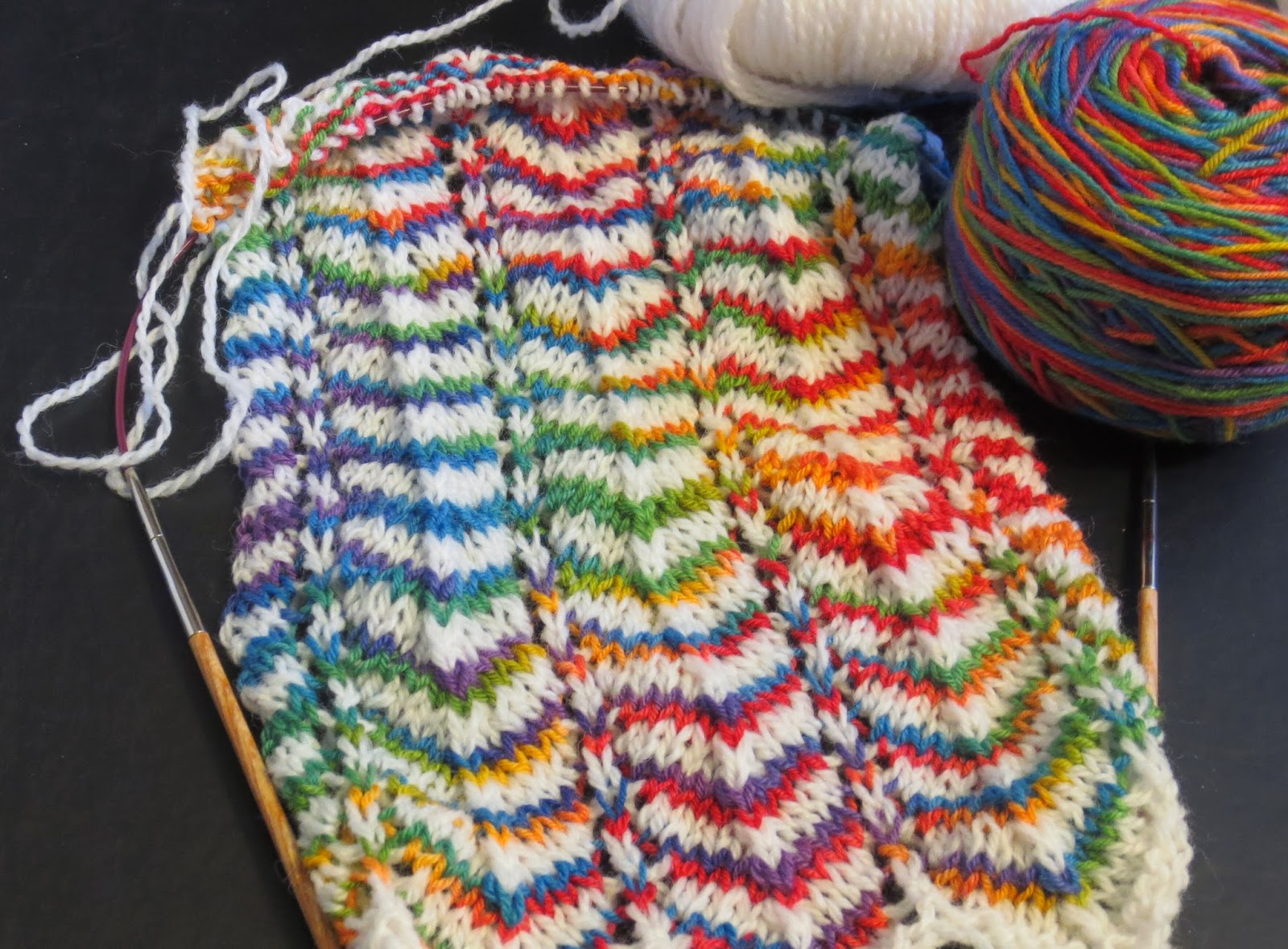 That's the beginning of a chevron scarf I started while I waited for my KnitPicks order to arrive.  It's a simple chevron pattern with alternating double rows of white & an unlabeled rainbow sock yarn from my stash pile.  This scarf will have to wait though.  Now that my yarn order has arrived, I have a custom order scarf to attend to.  Yeah, life is rough when you get paid to do what you absolutely love!
Posted by Jeannie Gray Knits at 6:28 PM